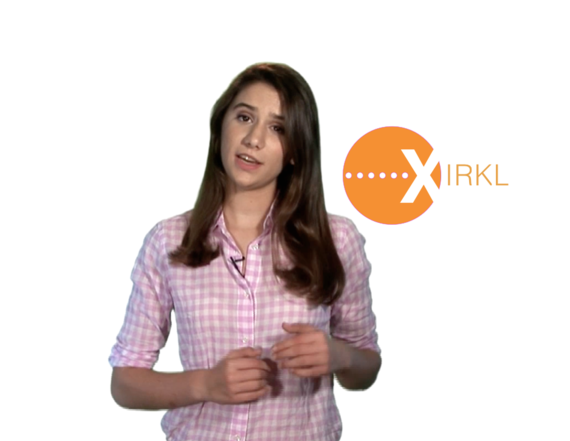 When California teen Anneke DiPietro convinced her dad she could skip math for a semester if she came up with a valid business plan to build, her father envisioned a dog-walking or baby-sitting business.

The 15-year old, who attends Stanford's online high school, surprised everyone by coming up with Xirkl, a new social media platform that represents the needs of the user as opposed to advertisers.

Her dad, Don DiPietro, who earned his MBA at USC's Marshall School and had spent the past decade working on tech startups, knew there was nothing in the tech space like Anneke's innovative idea. They've spent the past six months creating the model for Xirkl, including how to turn a profit while bypassing the advertiser-generated profit platform. At just 15, Anneke already has her name attached to two separate patents currently winding through the system.

The social media platform developed by Anneke with help from friends and family is based on a simple premise. Any number of people may follow you but you can only follow 21 people.

Everybody had the same reaction when I first described it."I would tell someone I had an idea for a social network, and I could see they were humoring me. Then the idea of 21 people would sink in a bit and they'd begin to smile. Their eyes would start to light up as they figured out how this could work for them personally. That was always a great moment for me.

As Anneke explains in her Kickstarter video, social networks are defined by their limitations, whether Twitter's 140 characters or Vine's sixty seconds. By limiting the number of people a user can follow, the value of being followed escalates.

It's the difference between everybody at school and the people at your table in the cafeteria. That's your inner circle.

Xirkl (pronounced "circle") features text and video messaging, video, and timelines, as well as bouncy interface derived from mobile gaming. But what sets Xirl apart is users decide who populates their feeds and who doesn't. Most users will follow close friends and perhaps a few school of professional contacts, as well as celebrities and selective news feeds -- but the total can't surpass twenty-one.

However, users who invite commercial entities into their Xirkl can earn a slot with deals and incentives. If users decide it's not worthwhile, they can drop them in a keystroke and use that slot for something else. "Xirkl will always the user's needs first. That's rule number one and that will never change," promises Anneke. "Security and real privacy are missing from social media and I want to bring that back."

Anneke says, "Every day is like a mini-MBA for me - but with far less homework, thanks goodness!" Her advisers include a group of trusted friends and relatives with impressive business and tech credentials. A project that started as a chance to learn about spreadsheets and budgets has propelled her into the worlds of finance, entrepreneurial tactics, and sophisticated software development.

Anneke and her team oof about sixteen tech experts are currently developing the Xirkl app on native iOS and Android platforms and leveraging matured social back end development in NET. The teen has put together a Kickstarter campaign with the goal of proving market demand as much as raising funds.To date, the campaign has raised over $9,200.

While most teens are ensconced in social media, Anneke is developing the next thing. What are her plans for the future? "I'm enjoying business. I want to travel and learn a lot of languages and I plan to have way too many cats," says the teen who is continuing her studies at Stanford's online program and community college. 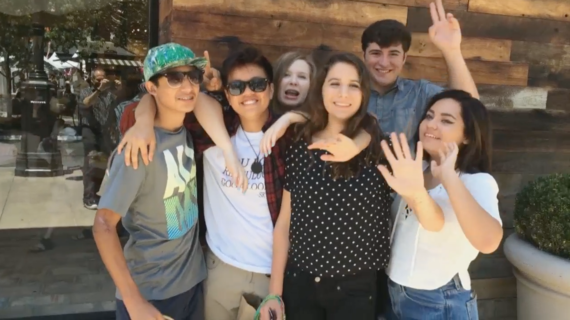