The product was immediately attacked by the American Association of University Women, which featured the comment in a report on how schools shortchange girls. In response to the furor, Mattel ultimately pulled the phrase from the doll's vocabulary.

At the heart of the controversy was a deceptively simple question: Are boys better at math than girls? The gendered assumptions underpinning this line of thought are all too familiar to our next Rulebreaker, Jo Boaler. An award-winning researcher and professor of mathematics at Stanford University, Boaler has long promoted mathematics education reform and equitable classrooms, aiming to elevate both achievement and enjoyment, particularly among girls and students of color. This "reform" school has won enthusiastic support in some circles, but has also embroiled her in the so-called "math wars" that have simmered since Teen Talk Barbie's days in the early 90s. 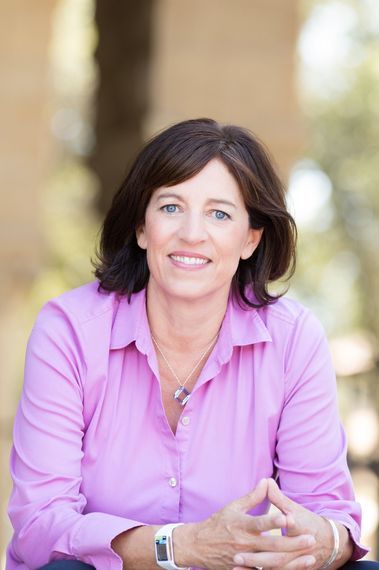 I sat down with Boaler to discuss her work and battle against academic bullying.

Ilaina Edison: Were you always interested in mathematics? How did that interest evolve?

Jo Boaler: Growing up, I was always able to do the math in class, but found it dull and often watched my friends struggle. I would help them out, and became intrigued by why my math teachers were so bad at helping them. I was 16 or 17 by the time I had my first math teacher who was really inspiring. She looked at us, talked with us, chatted with us and talked about concepts. It was the first time I felt like I fully understood.

Even as a child I got very strong ideas about what was helpful and what wasn't. And then at university I initially studied educational psychology, in which you teach first. That's when I got hooked on how students learn math, and so I stayed in mathematics education.

IE: You've become deeply involved in the so-called "Math Wars," advocating reforms like a focus on inquiry-based learning. Can you explain in more detail the approach to teaching and learning that you advocate, and why you feel it's the best way?

JB: I came to Stanford in the late 90s, following research that won awards in the UK showing that when engaged actively to think and talk about ideas, students do better in math. I came up against teachers who were adamant that they should sit in rows and listen to them talk. I showed evidence to the contrary, and they tried to suppress it, accusing me of scientific misconduct. I was shocked, and ultimately moved back to England because the backlash got so bad. I later decided to come back and fight it, detailing the attacks for the world to see.

IE: Why did your findings bother these colleagues so much?

JB: Some high-achieving mathematicians who sat through traditional studies and were able to take mathematics to a high level think, "That worked for me, so it should work for everybody." There are also political undercurrents to keeping the system as it is now - some people don't want teaching to be more equitable. They do not want to open the doors to everyone.

IE: What is the gender aspect in all of this?

JB: We know that the way math is taught now appeals to boys more than girls. Particularly the traditional teaching and rules - boys can turn that into competition. Girls, more than boys, seek to understand deeply, to make connections between math and the real world. They seek a more connected approach to the subject. And teaching in more connected ways enables both boys and girls to do better. In the absence of that, it is instead more procedural. When we take a better teaching approach, everyone is more successful.

IE: You've dealt with quite a bit of pushback, some of which has gotten quite ugly. How did you deal with it?

JB: The scale of the harassment was harrowing. Colleagues spoke to my department chair and tried to stop me from doing my work - they even tried to name the teachers in the studies and get them fired, and went to other university researchers with the ultimate goal of suppressing this research.

Once I decided to speak up and fight it, I published a web page detailing the attacks, talking about what I called academic bullying. It drew overwhelming support - 30,000 people read what I wrote that very first weekend, and immediately after publication, about 100 women scientists contacted me and talked about the varying degrees of academic bullying they'd dealt with. Later, at a conference where I spoke about this, another professor stood up and said she had to work out of her car for a whole year. That's the typical academic reaction - to withdraw and suffer in silence.

IE: What was the result of going public, with the individuals who had been bullying you?

JB: After I stood up publicly, they left me alone. I still see them trying to stop changes in schools, but they no longer try to oppose me directly.

IE: What is your parting advice to women suffering through professional bullying like you experienced?

JB: Connect with others - do not give into the temptation to turn inward. It's important to talk to people, including lawyers, in case some of the things happening to you are illegal. There can be time constraints on taking action in that regard, so reach out sooner rather than later.

Most importantly, believe in yourself. The way you think about yourself is powerful, so much so that it can actually change how your brain operates. If you go into a situation and say, "I know I can do it," but you mess up and fail, your brain will react and do really good things. But if you say, "I don't think I can," the brain doesn't do as much. We're trying to empower teachers and students to believe in their potential, to come away feeling excited. Brain science has the power to change their entire relationships with their work.