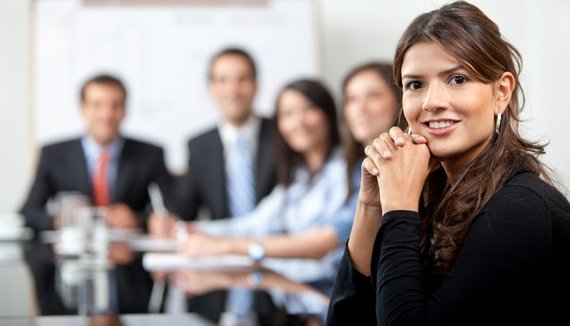 Hard Work Alone Is Not Enough

At a recent event, I was keynoting my book WHY WOMEN, The Leadership Imperative and I referenced research from 'The Sponsor Effect,' that said women need to change their viewpoint on meritocracies.

- When you ask women, 77% of them will tell you they believe promotions are driven by a combination of hard work, long hours, and education credentials
- However, 83% of men will readily acknowledge that "who you know" counts for a lot, or at least as much as "how well you do your job."

Following my remarks a woman approached me and shared this story.

Janice (not her real name) said:

I recently left a job I had been at for four years. I was happy there but got a better offer. On my last day I attended a highly visible divisional meeting I've attended almost monthly for 4 years.

I had been by far the highest performer of my group over the last four years bringing in over 14,000 new accounts. A director in the company, a female, mentioned to me that as this was my last meeting she'd like to make mention of it before the entire group.

Two hours later, at the conclusion of the meeting not a word was said about my contributions or departure. I didn't ask to be recognized but was expecting it after being told, and I frankly hung around for that purpose. My boss, a male, who was also in the meeting did nothing to acknowledge my departure either.

I said goodbye to a couple people and left quickly. Finally, my boss said, "Oh, sorry, I forgot to mention you were leaving".

I was fuming mad! Initially, at the overt snub and lack of even a thank you by anyone. As I thought about it, I became so angry at myself, and still am, for setting myself up for the expectation, only to be angry.

I've never been one to ask for accolades or public acknowledgement. But you could not have been more right in your comments!

Hard work alone is not enough to get you promoted if nobody knows and acknowledges it. Many women work hard and expect their boss to realize it and it's just not enough. If you aren't standing up for yourself, who will?

Once you reach a certain level of the organization, performance is a given. Everyone's results are great and it no longer becomes a differentiator for promotion.

The key is connecting and networking. When it comes to asking for help landing a job, or closing an important deal, most men won't hesitate to turn to a friend, while most women will admit to feeling reluctant.

You may also notice men spend more time than women going to various offices and 'checking in'. We used to call it "managing by walking around". And while women think we are just talking sports, most men are subtly building relationships and talking up their hard work.

You may walk by and hear Jim say; "Wow, how about the Blackhawks winning another Stanley Cup" but in the very next sentence you'll hear, "Yeah, the Henderson deal was really challenging, let me tell you how I worked through it."

It is subtle and we do it unconscious and daily. At the end of the year, you and Jim have demonstrated the same results, but as your boss I think Jim is so strategic the way he thinks about things and conclude: "He's ready for promotion."

How To Talk To Your Boss About Your Achievements:

In coaching women I know this is a very sensitive subject. You don't want to appear self-promoting yet it is incumbent on you to make your boss and those in the organization know how you are getting the results, not just the results themselves. Here are a few simple things you can do,

- If you don't feel comfortable telling your boss your accomplishments, you can send an update every month on what you've done. It can be short. If you do an e-mail it becomes a record. When you walk in for your review, you have 12 months' worth of data.

- Use your network. Ensure that you are touting the accomplishments of your peers, (and ask them to do the same for you! Trust me men do it all the time).

- Ask for specific feedback from your peer group/people you support when you finish a project, make it part of the close-out process.

You work hard and it is incumbent on you to make sure people are aware of what you are doing, because if you don't, chances are nobody will, just ask Janice.

Jeffery Tobias Halter is the country's leading male expert on engaging men in women's leadership issues. He is the author of two books, WHY WOMEN, The Leadership Imperative to Advancing Women and Engaging Men and Selling to Men, Selling to Women.