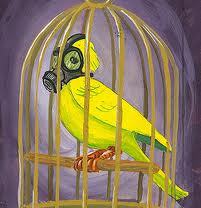 I recently got several e-mails and calls, alerting me that I was quoted in Arianna Huffington's new book, Thrive: The Third Metric to Redefining Success and Creating a Life of Well-Being, Wisdom, and Wonder. Of course, I got a copy and started reading it. Huffington's reference to me comes on the fourth page of the first chapter, "Well-Being" (pp. 25-26). I am quoted for the proposition that women leave successful jobs for reasons other than raising children. She quotes an article I wrote, telling my own story of climbing the corporate ladder and then deciding "to get off" and reporting the research that says that lack of engagement or enjoyment of the job often underlies a woman's decision to leave.

In the quoted article, my focus was on what causes women to leave the business world at a faster rate than men. Acknowledging that family issues are important, I wanted to bring attention to less-visible issues. The workplace, created by men, tends to model and value masculine attributes. Women (and men) who get results through a feminine approach may spend a lot of energy conforming to the masculine approach. The result can be a sense of invalidation -- and exhaustion. I wrote,

When I left the C-suite, it surprised people. I was 'at the top of my game.' My kids were out of college so the hard part of juggling family and work was over. But I lacked the passion it took to keep it up. I couldn't name a cause of my decision to leave. It just felt like it was time to move on.

Then I began to notice how much company I had as a former successful woman executive... I began to reflect on what really caused me to leave the C-suite...

That women leave their jobs at a higher rate than men is confirmed by data from the Bureau of Labor and by private research. While women's role in the family is a significant factor in the attrition rate of women, equally important is the general job dissatisfaction that women express.

This piece was published several places, including Diversity MBA and Executive Excellence. In Thrive, Arianna Huffington quotes part of this passage for a broader proposition. Her focus is on how today's workplace drains the life out of both women and men. Acknowledging that the second "women's revolution" (to give women "full access to the rooms and corridors of power") is still "very much in progress," she notes that "women are paying an even higher price than men for the participation in a work culture fueled by stress, sleep deprivation and burnout." The "third women's revolution," she says, is to change a "model of success" that is not working for women or men.

Huffington is so right. The workplace needs to change, not just for women, but for people. Women are, indeed, the "canaries in the coal mine," the first to signal that the workplace is toxic and must change. Businesses that want to capture the demonstrated value of gender diversity are making changes to engage and retain women. Those changes can make the workplace healthier for all, more successful and more sustainable. What do you think of Huffington's challenge? What role can you play?