As an undergrad at Harvard with (relatively) few resources, I used to make my pizza money as a guinea pig in psych studies. One nippy November morning, a graduate student ushered me into a small room where I was instructed to stare at an 'X' and perform some menial task. Unbeknownst to me, words were simultaneously flashing on the screen, so quickly that I couldn't consciously register them. When the program finished, I called the graduate student back in. She asked me to do one more supposedly unrelated thing: take a math test.

"I'm terrible at math." I smiled sheepishly as I picked up the pen.

At the end of the test, as I wrote down my math SAT score, I remember thinking to myself something like, "Why did I just say that?"

This study is now one of hundreds investigating the effects of stereotyping on performance. One of the most fascinating findings from this literature is the phenomenon of stereotype threat. This happens when members of a group perform according to stereotypes about them. Under stereotype threat, African Americans do worse on the GRE, women play poorer chess, and European Americans are worse at sports.

Amazingly, it has been shown that even seemingly inconsequential stimuli can lead to stereotype threat. Researchers found that female students who checked the gender box before taking their AP calculus exam, as students usually do, did worse than students who checked the box after. This little box may be responsible for keeping nearly 5,000 female students a year from starting college with advanced calculus credit.

In my case, I had been subconsciously primed with words related to femininity (like pink, lipstick, and doll). Some subjects in the study were primed with neutral words instead. In studies like these, as in the calculus one, women who see feminine words subsequently do worse on the math test than those who don't. Researchers have even found that women taking math tests under stereotype threat show activity in regions of the brain associated with the processing of negative social information -- we get anxious.

It was a few years later, my senior year, that Larry Summers, then president of Harvard, made the famous comments that led to his resignation. At a conference talk he suggested that differences in innate aptitude could help explain the gender gap in fields like mathematics and science. His idea was that even slight innate differences could mean that women would rarely end up in the top echelons of mathematical ability, the 'tails' of the bell curve. As a student I wasn't particularly upset by his words. It seemed to me that Summers was probably right -- most of the math majors at college were boys, most mathematicians were men.

Ten years have passed, and I'm now a professor doing mathematical work in philosophy of science -- a field that is only about 15 percent female. During this time, I've had plenty of opportunity to think about why Summers' comments were so problematic. At the time he made them, Larry Summers was the most prominent member of arguably the most prominent academic community in the world. From this position, he chose to feed the very stereotypes that keep women from performing well in technical areas. (Stereotypes that make young women say things like, "I'm terrible at math.") Even if he was right, he ought to have kept his mouth shut.

But thinking Summers' comments were problematic from a practical standpoint doesn't answer the question. Is it true? Are women innately worse at math? 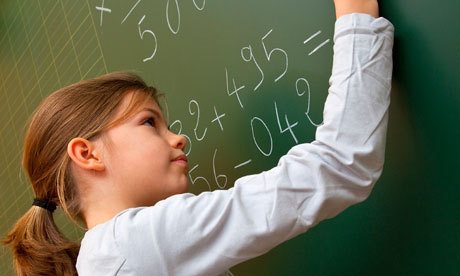 A lot of researchers have tried to definitively answer this question, generating huge amounts of controversy in the meantime. The problem is that when it comes to women and men's performance in math, there are no control groups. Cultural stereotypes about gender and mathematical ability are pervasive and it's extremely difficult to separate performance gaps based on these stereotypes from performance gaps based on 'innate' talent.

A new analysis gives reason to think that evidence for innate differences in mathematical ability has been strongly overstated. Years of studies have documented gaps in the very top levels of mathematical performance. (These were the studies that fueled Larry's comments.) However, these measured differences have fluctuated widely over time, across countries, and across cultural groups. During the last 30 years, the gaps in these scores have dropped dramatically in the U.S. In some nations (like Indonesia and Iceland), women outperform men in the tip-top of mathematical performance. And while white American males tend to outperform white females, studies have found that the trend is reversed for Asian-Americans.

Notably, one widely documented study on stereotype threat found that when Asian-American women were reminded of their Asian identities their math performance improved, while reminders of their femininity had the opposite effect.

The upshot of all this is that even if there are innate mathematical abilities, their significance pales in comparison to the effects that culture has on mathematical performance. And certainly, given the weight of evidence for stereotyping effects, innate mathematical differences cannot be used, as some do, to justify gender gaps in technical fields. It's time to stop obsessively trying to find differences between men and women and to focus that energy on breaking down the cultural norms that keep girls out of math.