Every day one can visit the Western Wall (otherwise known as the Wailing Wall or HaKotel in Hebrew) and look to the left side of the magnificent ancient structure, which still stands from 70 C.E., and see men singing, praying loudly, reading Torah, wearing prayer shawls and wrapping tefillin. The Wall is the holiest site accessible in the Jewish faith, as it is a retaining wall from the ancient Jewish Temple.

On the right side, the women's side, it will be mostly quiet and bare of Torahs or religious dress. Sometimes women will peek over the segregation wall to get a glimpse of the livelihood on the men's side.

Women of the Wall is a group of women who hold group prayer, wrap tefillin, and wear prayer shawls at the Wall. At times in the past the group even brought a Torah inside the gates of the Wall.

In July 2010, Anat Hoffman, one of the group's leaders, was dragged out of, and beyond, the women's praying area and thrown into a police car after having the Torah ripped from her arms. Now, Hoffman faces three years in jail, all because of women praying in a group and holding a Torah.

The reasoning behind these archaic rules, enforced by the Israeli government at a public place, is that the Wall is considered an Orthodox synagogue. Women are kept from most of these rituals and readings inside a typical Orthodox Jewish synagogue.

Below are photos of a recent gathering (Feb. 2) of the Women of the Wall. Included at the end of the series are photos of Anat Hoffman just before she was arrested in July.

PHOTO GALLERY
Women of the Wall
Download
Calling all HuffPost superfans!
Sign up for membership to become a founding member and help shape HuffPost's next chapter
Join HuffPost 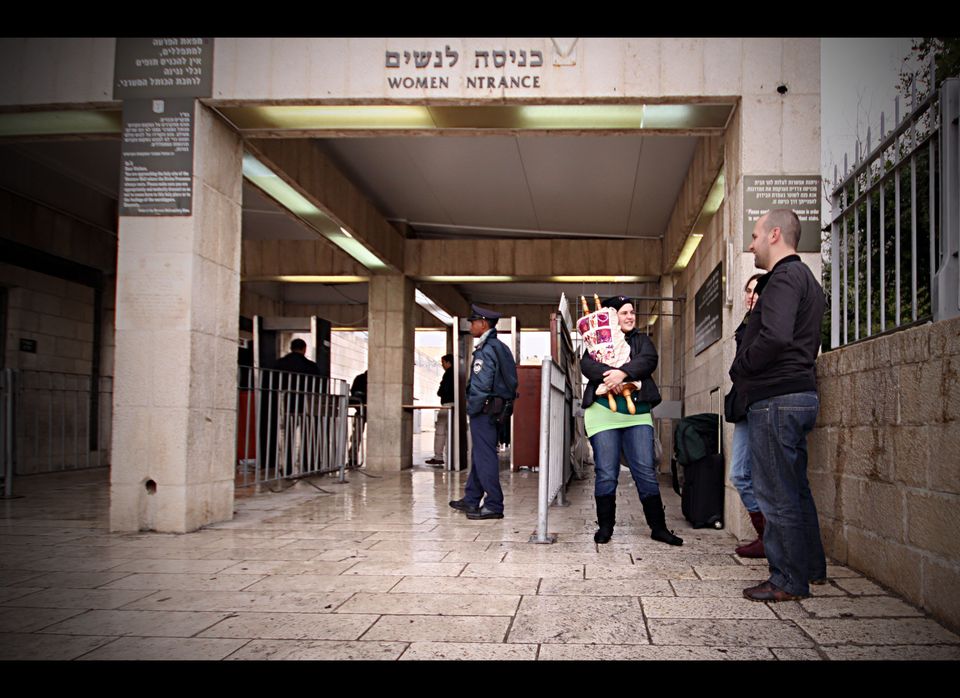 1 / 17
No Torah Allowed, For Women
Tammy Gottlieb holds the torah at the entrance of the Western Wall while the Women of the Wall pray, sing and dance on the women's side. Women are not allowed to hold a torah at the Western Wall, so a volunteer holds it outside the premises every service. Gottlieb has been attending services and prayer with Women of the Wall for one year, and has volunteered to stand outside with the torah two or three times.
Zachary A. Bennett