"When a woman feels empowered, she will never feel like a victim to anyone or anything."

President of L'Oréal Paris Karen T. Fondu opened the 2014 L’Oréal Paris Women Of Worth event perfectly with one powerful statement. Now in its ninth year, Women Of Worth recognizes 10 remarkable women for whom the term "worthy" feels wildly insufficient. The 2014 honorees, and their stories of perseverance and survival, are no exception.

A common theme among their remarks was choice: choices as rights, choices as privileges, and choices as acts of courage.

"Every single one of us has a choice. A choice not to let our past define our future... The choice is truly ours alone to make," said Book.

"I'm a firm believer that the only limitations we have in life are the ones we put on ourselves," declared honoree Stephanie Decker, who chose not to allow the loss of her legs to hold her back.

"A heroine is a woman who risks going too far in order to find out how far one can go for a cause greater than herself," said Diane Keaton, reminding us that the only thing we must to do become a heroine is decide to be one.

The powerful impact of each woman's story told last night is easily matched by the actions they have inspired. We couldn't possibly capture the true depth of their wisdom in a few quotes, but they are too inspiring not to try.

Here are 11 pieces of wisdom from last night's honorees and presenters:

1. We are surrounded by heroines every day. "What makes a heroine? I think I can answer that. A heroine is a woman who risks going too far in order to find out how far one can go for a cause greater than herself." - Diane Keaton introducing honoree Audra Wilford, whose MaxLove Project provides support to children facing life-threatening illness and their families. As a mother of a 7-year-old son who survived a battle with brain cancer, Wilford is acutely away of just how important this support is. 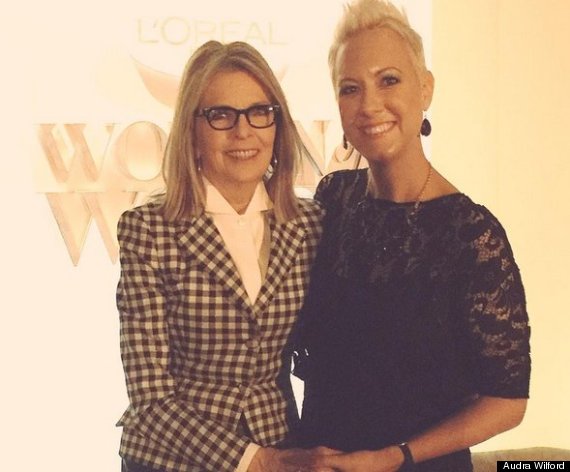 2. The doubts of others shouldn't stop you from pursuing your dreams."Our generation has faced incredible scrutiny. But I do believe it's this generation that's going to change the world." -- Blake Lively, introducing honoree Brittany Wenger. At only 19 years old, Wenger has developed cloud technology that could revolutionize breast cancer detection, using artificial intelligence to read cancer cells.

3. Anger is best channelled as motivation."When I learned we live in a world where women are sold for sex, my heart was so broken. Then I got pissed off." - Jenny Williamson. Williamson turned her shock into rage, and her rage into action, after learning that sex trafficking hit shockingly close to her California home. Her organization Courage Worldwide builds homes and offers support and education for children rescued from the sex trade.

4. There is more to winning than receiving an award."I have already won because I have a group of girls who call me mom who have never had a family." - Jenny Williamson

5. We all need a few pick-me-ups, no matter how small they are."These are somebody's children, somebody's daughters and somebody's mothers. Somebody needs to be there to tell them: You're adorable, you're gorgeous, you're precious. And if that has to be me, OK." - Shaaron Funderburk, who survived drug addiction, homelessness and prostitution to found her Off The Streets program, which provides safe spaces for women battling to overcome similar circumstances.

6. It's all about your mindset."Storms are inevitable. Beating them is optional." - Stephanie Decker, who shielded her two children from debris when a tornado tore through her Indiana home in 2012. The 2014 honoree lost the use of her legs in the storm, but through her Stephanie Decker Foundation, which works to help children with prosthetics thrive, it is impossible to measure how much has been gained by her powerful story of survival. 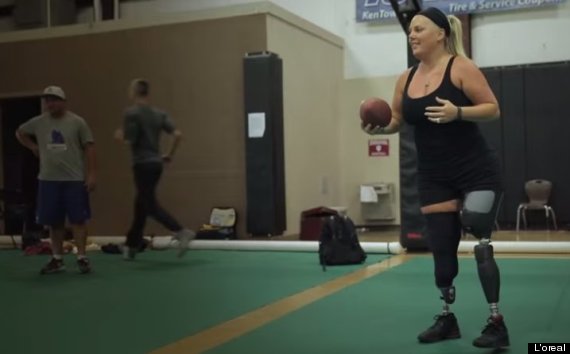 8. Difficult experiences will reveal your strength. Find it, and use it. "A woman is like a teabag -- you can't tell how strong she is until she's in hot water. Women of the world, it's tea time." - Phyllis Sudman, who earned the top Women of Worth recognition this year. In 2004, Sudman experienced every parent's worst nightmare when her son Simon died of sudden cardiac arrest at just 13 weeks old. Sudman co-founded Simon's Fund to raise awareness for sudden cardiac arrest and the warning signs, and her efforts will help prevent other parents from experiencing this devastating tragedy. 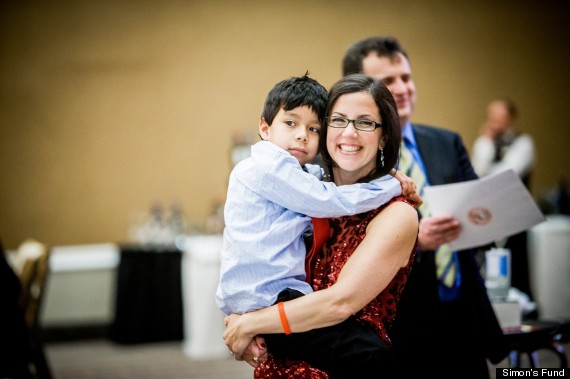 9. We are not built to avoid tragedy. We are designed to endure it."We are all built to face adversity. It's in our DNA." - Diane Keaton

10. There will always be things out of our control. How we let it affect us is not one of them. "Every single one of us has a choice. A choice not to let our past define our future. A choice to live the life we want to live... The choice is truly ours alone to make." - Lauren Book, who earned Women of Worth's top honor in 2013 for her efforts to prevent childhood sexual abuse. Her organization Lauren's Kids educates adults and children about sexual abuse and provides guidance and support to help survivors heal.

11. One exceptional woman ensures generations more. "It's what makes it all worthwhile -- to learn from your mother and hopefully teach your daughter, and then teach the world." - Deborah Snyder, honoree and founder of the Operation Renewed Hope Foundation. The retired Lieutenant Colonel served 20 years in the military as a helicoptor pilot, but her service to our country goes on. Through her efforts providing support and education to veterans and their families, Snyder is inspiring the nation to put an end to veteran homelessness.