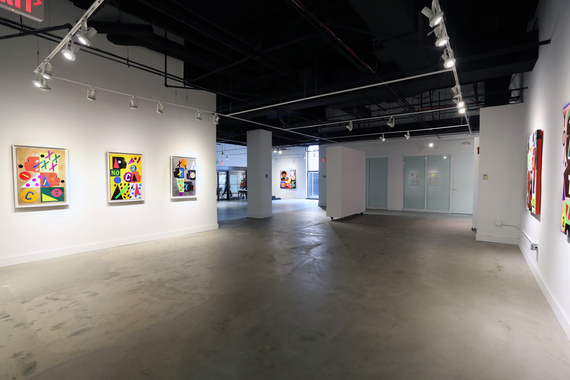 I have featured Gateway Project Spaces in Newark before, and no doubt I will again, but the significance of this article is not purely about art, it is multi-dimensional, it is about the founders, owners, and curators of Gateway, both of whom are exceptional women. It's about their landlords who have been their champions, when so many are predators; this just makes you feel good. It's about their education, a necessary foundation to develop from and build theirs on. It's about hard work, ingenuity and giving back to the community; building a home for artists and sharing their opportunities to develop new work. It is about passion. It's about art and creativity combined with constructive commerce. 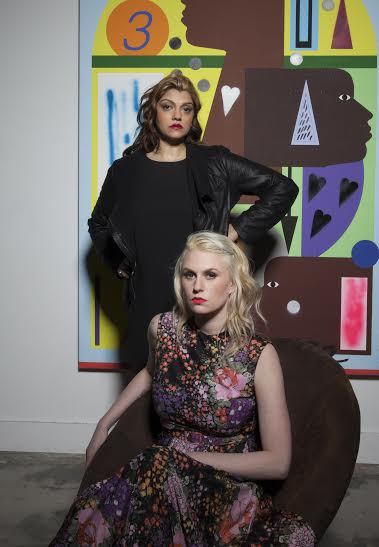 Rebecca Jampol & Jasmine Wahi are two people who are generating magic from hard work and showing young men and women, that wonderful things can happen if you're focused and with a bit of kizmet. Because on so many levels, the planets can only be aligned in the heavens, when all the different components magically come together...Does it take that? Many people think so...

Rebecca is an arts educator, after college at Rutgers she ran some galleries in Newark, participated in all sorts of art and culture initiatives and supplemented her income by being an amazing bartender. From there she began Solo(s) Project House, an alternative gallery and artist studio residence with about 30 studios. She also began NYC space, R. Jampol Project(s). She had read about Jasmine who started Project for an Empty Space. Together they created a POP-UP exhibit for Gateway. Jasmine worked for her families' Tech business in marketing and diligently saved for further education (which she wound up investing in Gateway Project Spaces). She also curated and continues to do so internationally. She too was an arts major and received her undergraduate degree and MA from NYU. 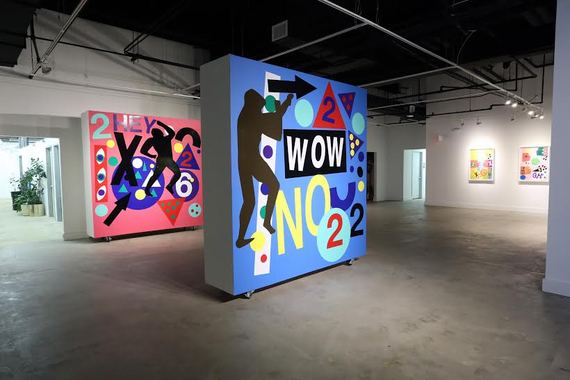 Originally,​​ Gateway Project​ Spaces​ was supposed to be just a POP-UP project. Rebecca​'s organization Solo(s) Project House​ was​ invited to activate it by the​ ​owners of​ ​2 Gateway, ​C & K Properties."It was an empty and oddly designed architecture firm. The Realtors got in touch because they wanted to take the curatorial path and "activate" the space." Since it is a transportation hub and about 30,000 people walk through it every day, the great exposure was a natural asset. Rebecca laughingly explains, "It was only supposed to be that one project! They never anticipated that it would be so successful." Together they did something innovative and because of their talent, good fortune, and the support of their landlords, Meir Cohen, Ben Korman, and Kevin Collins, they began their journey to develop what is now Gateway Project Spaces. "The landlords were great. They were super supportive and flexible. They made it exciting for all of us" With extra jobs, loans, savings, crowd-funding, some family help, and bartending, they have created something special.

Housing 5​6​ studios, 6 of which are ​designated for Project for Empty Space's Artist in Residence Program, which are donated space by ​​Gateway Project​ Spaces​, the commercial ​​entity​ which leases the facility. They are successfully able to give back and receive a lot of benefits. Not least of which is being part of the thriving renaissance of the Newark community.

Jasmine describes the perimeters for being selected for the residency... "Artists are chosen based on their work addressing social issues. Their.'active cognizance', which means, artists go beyond simply being aware or conscious about social issues; they actually actively engage these issues in a real way​.They engage with the local community of Newark. Giving talks, classes, and performances based on their mission. The community has responded to these engagements with receptive enthusiasm."
Very much a part of the Newark renaissance, these ladies are doing their part to infuse this old city with new vibrant vibe.

Right now on view till March 18th, they are showing the work of Nina Chanel Abney. Her exhibition is called If You Say So...

An exhibition of large scale paintings and collages created by the artist during a recent trip to Brazil and during her residency in Newark. The works are comprised of brilliantly hued geometries, alphanumeric forms, and androgynous figures. Hyper-pigmented blues, blinding oranges, and curvaceous yet precise monochrome silhouettes of faces samba across the giant canvases. And yet, despite the apparent gaiety and vibrancy of Abney's works, the conceptual genesis of this collection is borne from the nefarious and widespread transnational pandemic of racial discrimination, economics, and police brutality. 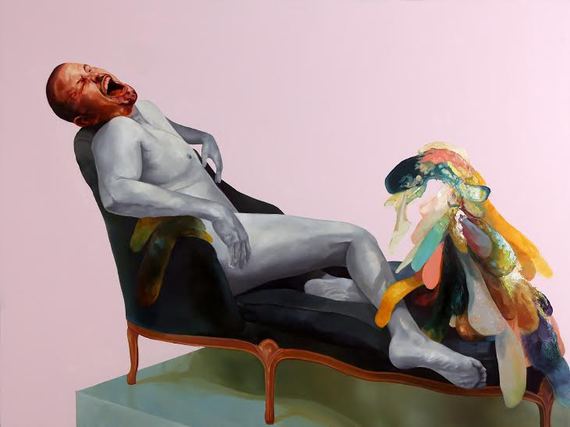 Then:
David Antonio Cruz For I am - or I was, thereturnofthedirtyboys
Opening April 6th, on view through May 13th
For I am- or I was, thereturnofthedirtyboys is a solo exhibition of David Antonio Cruz's work created during his residency at Project for Empty Space. The exhibition, comprised predominantly of paintings, as well as mixed media collage, video, and sculptural installation, explores the intersection of queer identity, the male-to-male gaze, and navigating space as a person of color. The male figures are positioned in such a way that reflects the historical male gaze that is directed towards women in a way that speaks to shifting power structures across gender and sexual boundaries. David Antonio Cruz received his MFA in Painting from Yale University in 2009, and currently has work in the Smithsonian's Portraiture Now exhibition, and in Figure and Form: Recent Acquisitions to the Permanent Collection at El Museo del Barrio. 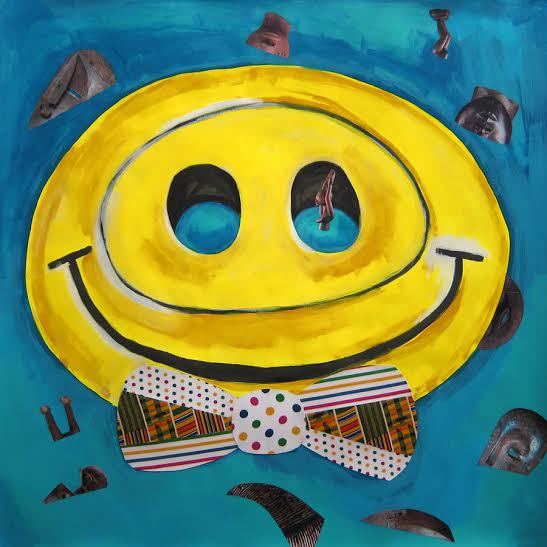 Derrick Adams Culture Club
Opening on May 18th on view through June 17th
Culture Club is a solo exhibition of work created by Derrick Adams during his residency at Project for Empty Space. The exhibition is made up of large-scale collage, installation, and performance. Staged as a jubilee, the exhibition celebrates black life and black lives in the context of 'everyday' greatness. The show is not only a joyous occasion, but also works to combat against the perpetual marginalization and violence against black bodies. Derrick Adams received his MFA from Columbia University in 2003, and served as curator for, Something I Can Feel, the debut curated section at VOLTA NY 2016. His work can be found at Tilton Gallery in New York, Rhona Hoffman in Chicago, and Gallerie Anne de Villepoix in Paris.