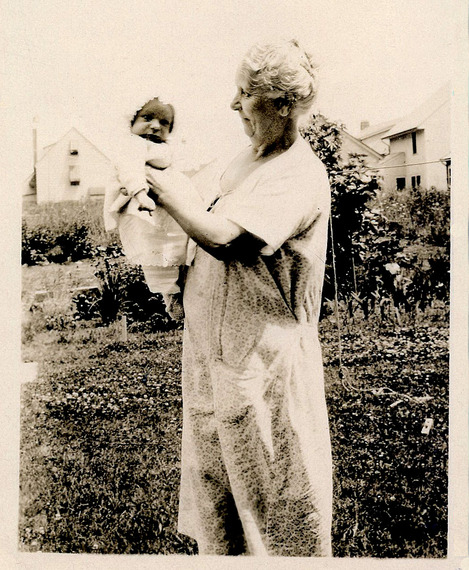 While Life in the Boomer Lane has been frittering away her time keeping track of international terrorism and the antics of several unnamed heads-of-state, she has failed to notice a growing trend that poses a distinct threat to all women worldwide: the exploding number of post-50 women who are choosing to give birth.

AARP Magazine, in a piece titled "Last Chance Babies," explores this scary phenomenon. "In 2013, an average of 13 children were born every week to mothers 50 and older...Births by women ages 50-54 rose by more than 165 percent from 2000-2013." In other words, while most women over age 50 are becoming grandparents, many others are becoming parents.

Those women who paid their dues decades before age 50, and assured the continuance of the Homo Sapiens line, may be a bit perplexed as to why these women chose the path they did. The article poses some answers:

My husband wanted (more) children. While LBL is all in favor of doing whatever she can to meet the needs of Now Husband, a request like "Gosh, you had three kids with Then Husband. I'd love for us to have a child together," would probably be met with the same response as "I'd love for us to experience life in a cave, in which we make our own clothing, hunt animals for dinner and play homemade musical instruments to amuse ourselves in the evening."

Having a baby at this age keeps me young. Let's face it. We all want to stay young as long as we can, and the advent of cosmetic surgery and Photoshop has made this goal, at least in appearance, seem possible. The truth may differ a bit. LBL had her first two children in her 20s. She was energetic to a fault. She carried her still-not-walking 12-month-old Long-Awaited First Son up and down steps, while she was hugely pregnant with her next, Beloved Daughter. But by the time her Always-Her-Baby was born, when she was in her mid-30s, her energy level had changed. The first two dined on all organic homemade food. The third was encouraged to eat whatever other kids left at the playground.

The first crop of kids are grown and gone. Unlike these women, LBL believes that it is entirely possible to raise children, see them off into the wild blue yonder, and have no desire to replace them with more humanoids to have 100 percent responsibility for. If she wants to change diapers, chase toddlers, and wipe never-ending runny noses, she visits her grandchildren. Like library books, they provide her with all the joy she needs. And when she is finished, she can return them in a timely fashion.

Career building has been completed. LBL respects those women who choose to focus on their careers, rather than raising a family. Many celebs and high-powered execs are members of this group. Their reward for decades of hard work and the ensuing monetary payoff is to then start second careers as moms. They can then afford professionally-designed nurseries and baby clothing, nannies, and whisk their babies off to all corners of the planet for gala educational experiences. They can also drone on about the 24/7 joy of having produced the world's most perfect children. LBL thinks about these women and throws mental spitballs in their direction. Large, juicy mental spitballs.

Even women post-60 are jumping on the Mommy bandwagon. The oldest recorded birth is age 70, by Rajo Devi in India. Ms Devi could not be reached for comment on this post, as she is using all of her energy to stay alive until her child graduates from elementary school.

No matter what opinions one may have about motherhood post-50, the fact is that it is happening more and more. Older women use their own frozen eggs, use other women's eggs, use whatever eggs are on sale at the supermarket. They go to other countries, with more flexible age parameters. They receive as much medical care as exists. They are intentional about getting pregnant, and they do so. They know the risks and they go forward anyway.

AARP reports that one post-50 mom, Sarajean Grainson says, "I would do it all over again. Technology and God will take you out of menopause."

With all due respect to the downside of menopause, LBL believes this might be a slightly extreme way to avoid it.

Why So Many Women Over 50 Are Choosing To Have Babies
What Do You Miss About Your Children Now That They're Adults?