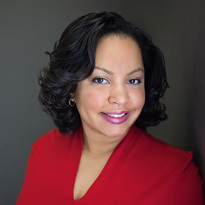 Vinessa Brown sorts the expenses connected to her husband's incarceration into three categories: Before, during and after.

There was $5,000 to pay DeAndre's private attorney when he was charged; $4,500 on his commissary, visits, phone calls and stamps during his sentence and then all the household bills that she paid on her income alone, even after he was released and remained unemployed for nine months.

This is the hidden cost of incarceration. In addition to the emotional toll of having a loved one behind bars, families must also bear the brunt of the fees, penalties and other costs that often stretch past the person's release and make it nearly impossible for households to establish a sound financial future.

Women, disproportionately, bear the brunt. A September survey of families of formerly incarcerated people found that when a family member takes on court-related conviction costs, 83 percent of the time that relative is a woman.

The average debt for court costs was $13,607 and one in three families went into debt to pay for visits to see incarcerated relatives or for phone calls, according to the report "Who Pays: The True Cost of Incarceration on Families" by Ella Baker Center, Forward Together and Research Action Design.

DeAndre's troubles could not have come at a worse time for Vinessa, who worked then as a contractor for General Electric. She was diagnosed with uterine cancer in 2002 and the following year DeAndre was charged, then convicted and sentenced to 25 months in prison.

The Memphis resident considered herself upper middle class, but that was before the legal bills arrived in the mail.

"The cost for the attorney was the house note plus the car note," Vinessa , 45, said.

"I was also going through chemotherapy at the same time and it depleted everything I had."
She used to save as much as 20 percent of her income for a rainy day, but when her husband went to prison, she couldn't save a dime.

To keep in touch but also keep costs low, Vinessa would gather their relatives and pass the phone around, reminding everyone to keep it brief.

It was especially important to their family that DeAndre stay in touch with his son, who was then 10 years old. Research shows that incarcerated people who maintain ties with family are less likely to return to prison.

So Vinessa made sure DeAndre had enough money in his prison account for stamps and envelopes.

"I did not want him to detach from being a father, but you pay for it at the tail end," she said.

Like many formerly incarcerated people, DeAndre struggled to find a job after he was released in 2007. To him, being the man of the house meant being a provider, but he had to rely on his wife for even the smallest things.

"He would have to have gas or bus fare and he felt lower than a man to have to ask me for it," Vinessa said.

The only way DeAndre could earn an income after nine months of unemployment was to start a cleaning business.

Leah Miller of Austin, Texas watched her husband struggle to find work after he was released from prison.

If not for an acquaintance willing to hire her husband, Roger, Miller suspects her husband would still be unemployed.

But even though Roger has a part-time job, he's barely able to keep up with all the fees that followed his release after three years in a Texas prison.

Miller keeps track of the post-release expenses on a spreadsheet that show the one-time charges, such as the $350 post-release psychological evaluation, the $250 polygraph test and $90 drug and alcohol assessment. And it lays out the monthly and weekly charges for drug testing, counseling, probation and fines that add up to more than $250 a month.

"He's employed part-time and all of his money goes toward fees and fines," said Miller, who works for a computer company. "We live on my salary alone."

"We are in permanent peril of falling into poverty and living on the street ... The cost of incarceration does not end with them coming out. It goes on and on and on," Miller said.

Crystal DeBerry can relate to the financial and emotional toll. In 2013, five days after their daughter was born, her husband Torey, a barber, was incarcerated.

She tried to maintain a household on just one income, while paying his prison costs.

"It's not just my bills, it's his bills too. His credit was better than mine, so I was trying to maintain his credit," said DeBerry, 32, a licensed social worker who works two part-time jobs to make ends meet.

They make do with the help of family.

Prison visits required a 45-minute drive to a rural Arkansas town, where strict visitation rules siphoned more money out of her pockets.

"There was one time, I was wearing a nursing bra that had a wire in it," DeBerry recalled. Bras with underwire aren't allowed, she said, "So I had to go and buy a little sports bra.

"One day they made me go buy another can of baby formula because they said my can was already open and you're not allowed to bring an open can into the prison," she said. "Walmart is making a lot of money from that prison being out there."

In 2014, she founded Indomitable Women of Incarcerated Men, which holds monthly support groups for women whose partners are incarcerated.

While some communities and states have begun to reform criminal justice policies to help those released from prison find a foothold again, without a broad, national strategy, the results will be spotty, said Jorge Antonio Renaud, a senior organizer for the Center for Community Change.

Renaud said private prisons that make millions by providing commissary or phone services should reinvest a portion of those profits in the neighborhoods where a disproportionate share of the former incarcerated live.

In 2009, DeAndre and Vinessa Brown launched Lifeline to Success, a ministry for those who are formerly incarcerated. The following year, he helped lead a successful campaign to get the city of Memphis to "ban the box." That means city job applications don't ask if the candidate has a criminal record. Applicants disclose their criminal background after a conditional job offer is made.

"There's a lot of (formerly incarcerated) people who want to work but we don't give them that option," Vinessa said.

Thomas is a writing fellow for the Center for Community Change.