How many female photographers can you name? If you’re disappointed with your results, you’ve come to the right place.

For a depressingly long portion of photography’s history, women were most celebrated for their roles in front of the camera as models, subjects and muses. But just because women haven’t received proper recognition for their work doesn’t mean they haven’t been getting. Work. Done.

“Women have been fundamental to the art of photography since, well, there were photographs,” Vice photo editor Elizabeth Renstrom expressed in her introduction to the magazine’s 15th annual photo issue. Which, yes, is a survey composed solely of female photographers changing the way we see the world.

The divine edition features 38 artists, including emerging teenage talents, experienced Magnum photojournalists, and icons in between. The photographers capture everything from post-Chavez Venezuela to the kitsch beauty of 1950s makeup tips, with one thing in common: Renstrom identifies patience as a virtue that unifies the diverse artists featured in the issue. The patience needed to get the perfect shot, and the patience needed to overcome centuries of misogyny in the art world and beyond.

“The contributors to this issue prove that patience in photography is about more than sitting still,” she said. “It’s a state of heightened awareness, of careful assessment, of sorting through the irrelevant to find the sublime.”

Below are 10 exceptional women photographers featured in Vice’s photo issue.

Drake chronicles life in the city of Vallejo, California, once a thriving industrial city that went bankrupt in 2008. While the adjacent cities of Silicon Valley and San Francisco are icons of a quickly progressing and gentrifying future, Vallejo remains almost stuck in time. Banal, colorful and often uncanny, Drake’s photos capture a not-often-seen realm of California living.

Hadi documents the diverse everyday lives of minority and migrant populations around the world, those living with the complex ramifications of displacement and neglect. In her recent series “Fade to Black,” Hadi chronicles Ethiopian, Eritrean and Sudanese communities in Tel Aviv, capturing the birth of a vibrant new culture within the borders of another.

Since the 1990s, Wearing’s photography has explored ideas of repression, disguise and identity. Recently she’s been interested in exploring the visual and emotional effect of masks, as with this self-portrait of the artist while wearing a mask of her own face.

For over 50 years, Freedman’s street photography has documented the men of New York City through a woman’s eyes. Invading stereotypical “boys clubs,” from bars to police stations, Freedman documents men in their natural habitats ― capturing the good, the bad and the very weird.

When she was 15 years old, Miyazaki gained a following on Tumblr for her surrealist self-portraits, which riffed off Japanese cultural stereotypes to create a playful meditation on the ways identity is shaped by surroundings. Now, at 18, she’s only picking up speed.

Between December 2013 and January 2014, Alhindawi travelled to the Democratic Republic of Congo to document the Kikuni faction of the Raia Mutomboki (RM), an armed rebel group of Congolese villagers who banded together against the Hutu militia.

O’Leary’s portraits are happily unhinged, revealing how, from a certain angle or with a particular ensemble, a person can resemble someone totally other, if just for a moment. Her photos toy with identity and disguise, while revealing the strange beauty of the everyday.

In her series “Am I What You’re Looking For?” Beal photographs young, educated black women as they prepare to enter the workforce for the first time. The portrait series explores the racist implications of the quest to look “professional” ― which, very often, simply means to look white.

Keyssar’s photos document Venezuela in a time of chaos following the 2013 death of Hugo Chavez. During the past three years, crime, corruption, food and energy shortages, inflation and inequality have plagued the nation’s newly formed socialist coalition, endangering the political dream that was so close to becoming realized.

De Beer uses 1950s makeup guides to create campy visions of werewolves, zombies and other dark creatures of the night. The photographer, who was raised in Salem, Massachusetts, combines her predilection for the occult with a flair for DIY drama. 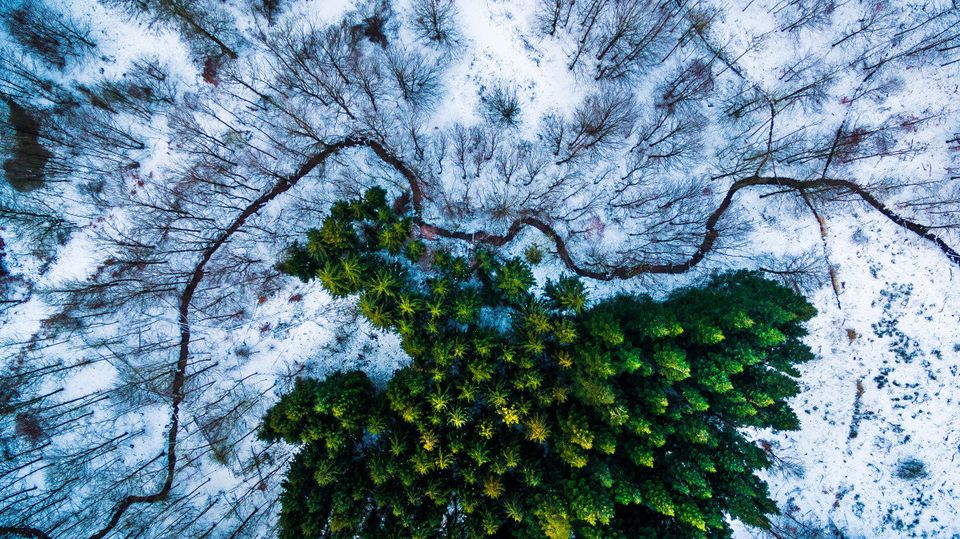