"Where's my space to pray in this mosque?" inquires Muslim feminist Hind Makki in a post about her bold project, Side Entrance, which calls out mosques for their successes and failures when it comes to making adequate and equal provisions for women.

Side Entrance is a Tumblr blog and Facebook page that tackles the issue of women's prayer spaces in comparison to men's with reader-submitted photos from all over the world that show the often drastic difference in quality between the two. The blog's introduction says simply, "Photos from mosques around the world, showcasing women's sacred spaces, in relation to men's spaces. We show the beautiful, the adequate and the pathetic."

Hind Makki explains the reason behind the project:

I was moved to write a piece about women’s mosque experiences during Ramadan 2012, when my friend was berated and nearly kicked out of her mosque for daring to pray in the half-used 2nd floor of a multi-million dollar mosque, behind the male congregants. She prayed upstairs because the women’s area in the basement was hot, loud and moldy. That incident spurred me to start this Tumblr, though I’ve had idea of showcasing the differences between men and women’s prayer spaces in mosques for a long time.

There are many mosques around the world that boast incredible space for female congregants. Yet, in my experience, there are many more with inadequate or bad spaces for women. Still, other mosques bar women from entering altogether. The prayer experiences of many Muslim women are too often frustrating; mosques seem to be built to cater only to the male experience. Yet it is my optimistic belief that as more people see photos of the spaces women must pray in, and hear our stories, we will gain more male allies, who will collaborate with us to improve the situation.

Makki also posts quotes from readers and articles that relate to the ongoing debate about the role of women in the mosque, often revealing the frustration and sadness felt by women who are barred from fully participating in the religion they earnestly practice.

Ruwaida Gafoor comments, "I feel that many women in my community don't attend the Jummah salaah because we have been conditioned not to do so. Also, the masjid is designed in a way that deters women from attending."

Evidently, there must be a change in mental attitudes as well as physical spaces to properly make a difference.

Makki celebrates the beauty of mosques around the world, but brings up the very valid point that it's unfair for women to worry about the invididual attitudes of each specific mosque before they enter. In a post titled, "70 Insanely Beautiful Mosques Around the World," she reflects:

Each time I see a particularly stunning mosque, I immediately wonder, “Is there a women’s prayer area? Do they keep it unlocked during prayer times? If I were ever blessed to visit this beautiful mosque, would there be an adequate place for me to pray?"

Not having to immediately think about these questions when seeing a mosque you ache to pray in, that is Muslim male privilege.

Another quote by Rashid Patch succinctly addresses the blog's position on the issue of women's place in the mosque: "If women can't enter, it doesn't count as a masjid."

See photos of women's prayer areas from her blog here:

Women's Prayer Spaces Featured In 'Side Entrance' Blog: A Call For Improved Conditions In Mosques
Women Prayer Areas Around The World 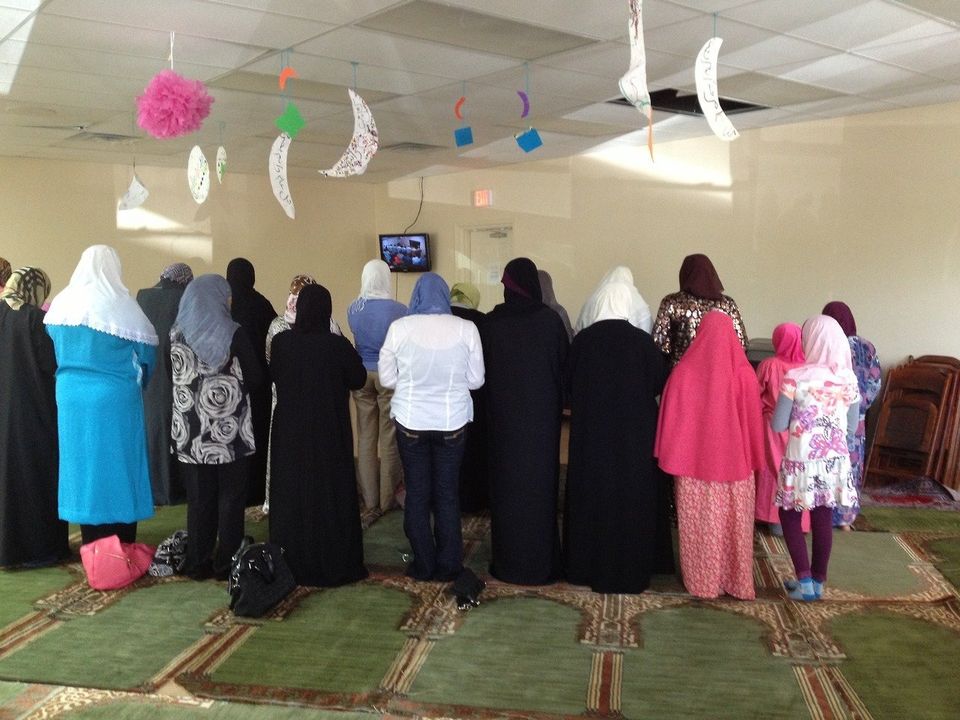 1 / 13
U.S.A.
"Photos of the women’s prayer areas at Toledo Muslim Community Center (TMCC). This building is still under construction, but as it is a converted building, I don’t believe there will be any more efforts to do anything different to the women’s prayer area. There wasn’t anything else shown in the expansion plans. The first photo showing the room and no one praying is the room we usually sit in to listen and pray. The second photo is the multipurpose room that is set up for the increased attendance during Ramadan prayers." From http://sideentrance.tumblr.com/
Kristina ElSayed