It's a ritual I love. As a member of the Academy of Motion Picture Arts and Sciences, I look forward to just before Thanksgiving when all the year's best movies land in my mail box. And I get to watch them at home and then cast my votes for the great performances of the year in movies. Growing up in Hollywood, and working as an actor most of my life, I take this ritual seriously because I know well the work that goes into creating these amazing performances.

What is fresh about this year's movies is the range of choices the actresses had. I was struck by the fact that this year's crop of women have moved into areas previously inhabited by male actors -- and, wow, were they good.

Here's what I mean:

Role reversal. Historically, men love to play women, but rarely do women do the reverse. We've seen Robin Williams as Mrs. Doubtfire, Dustin Hoffman in "Tootsie" even Adam Sandler playing both the brother and sister in his film "Jack and Jill" this year and who could forget Jack Lemmon and Tony Curtis as the jazz era floozies in "Some Like it Hot." But you must see Glenn Close and Janet McTeer knock it out of the park - and not for laughs , but very real - in their gender bending performances in "Albert Nobbs."

Buddy movie/gal pals. There have been so many great guy ensemble films, but they're scarce for women. "Bridesmaids" had it all - from the good buddies to the gross-out comedy. And Melissa McCarthy was so brilliantly funny as she moved in on the wild turf once Monopolized by guys like John Belushi and Will Ferrell.

Action. What is also exciting this year is women's effective portrayal of brave, independent-minded characters - and, yes, in the case of Rooney Mara in "Girl with a Dragon Tattoo," not afraid to kick a little ass, too.

So here is a salute to an exceptional group of women who are competing for this year's Oscars. Good work! And good luck!

I can't wait to see the great debate in the comments below. The other thing I love about the movies - everyone is an expert! 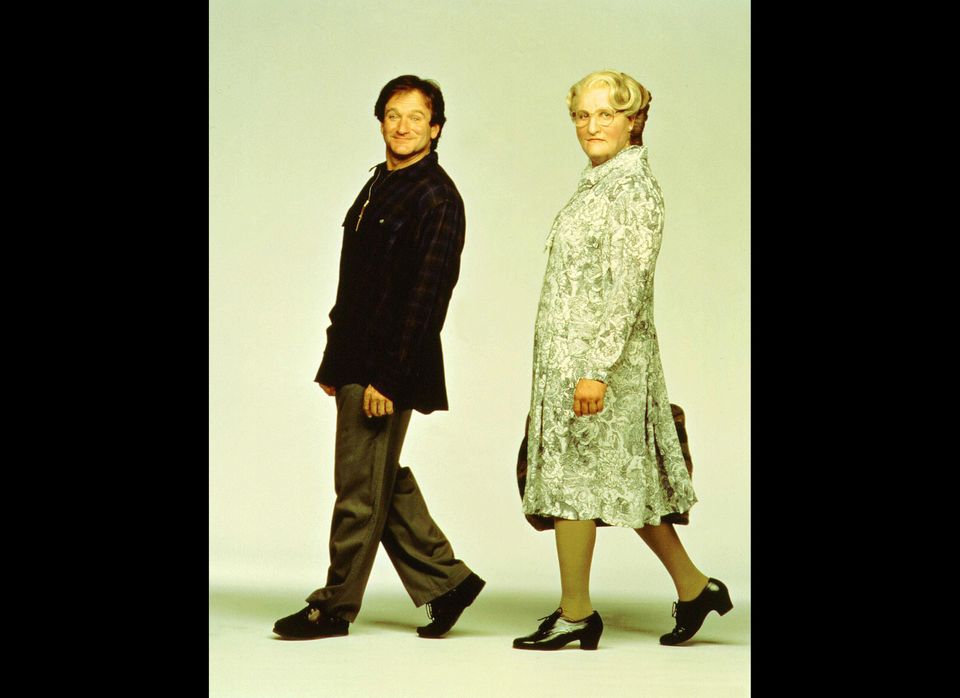 1 / 20
Robin Williams
Robin Williams had one of his greatest successes dressing in drag in 1993 as Mrs. Doubtfire.
Twentieth Century Fox Film Corporation