I live in a country rife with systemic inequality.

These days, my Facebook feed is flooded by a certain share, friends urging friends to sign a petition: Allow Nepali citizenship to be conferred by the mother or father in the new constitution. The petition stares at me every day from my laptop screen. Women aren't granted this legal right, I explain to my Spanish flatmate, who is a traveler passing through Nepal.

Towards the end of the conversation, he mentions Yerma, a play by the Spanish poet and theater director, Federico Garcia Lorca. Yerma is running at Theater Village in Kathmandu, he points out. What does Yerma mean, I ask. Barren, he explains. Like land that has gone to waste. Yerma reminds me of a book of photographs, a collection spanning four decades of documentation in Nepal. Photos from the seventies are rare, a friend had mentioned while handing it over to me recently. Especially from Nepal's far-western region. Take a look. 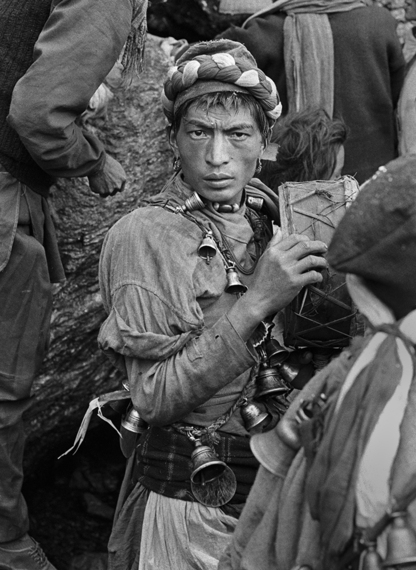 Back in my room, the book of photographs -- simply titled Nepal:1975 - 2011, Kevin Bubriski -- calls out to me. A black and white photo of a young man is on the cover. He is wearing a braided ethnic headband, holding a small hand-drum, a garland of bells strung around his neck. He is perhaps of Tibetan descent. His stern gaze at the camera, and at me, is unsettling. It is a mixture of confusion and inquiry. He is staring hard, just like the petition.

Instead of delving further into the book, I google Yerma. The protagonist of the play is named after the Spanish word "yermo," which means "uninhabited, deserted, uncultivated, not productive." Yerma is childless, a symbol for the play's main theme -- frustrated motherhood. She struggles against her fate, in vain. Yerma believes that she is cursed. I remember the famous curse hanging over Nepal's head, the curse of the satis. More than once I have tried to listen to the cries of ancient women on funeral pyres, their hearts still beating but their legs engulfed by fire, flesh scorched and destroyed. 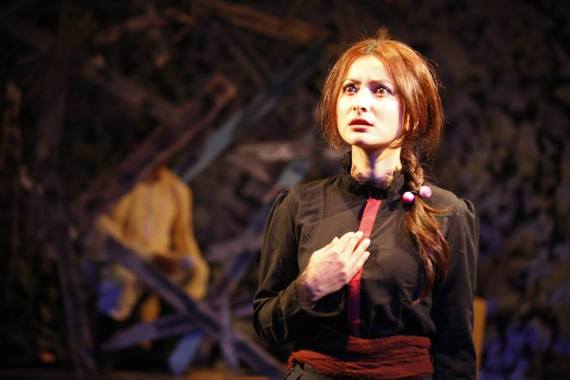 I cautiously open Bubriski. The collection is divided into six sections, the pages interspersed with introductions and reflections by eminent scholars and photographers, including Bubriski himself. I realize that this is an opportunity to learn, to look at Nepal more closely. Having spent most of my youth wandering abroad, I am still trying to understand my country and its people.

At first, I flip through the pages, unsure where to begin, where to pause. Then I read about Bubriski and his arrival in Nepal in 1975 as a twenty-year-old Peace Corps volunteer. He spent most of his first four years in the remote Karnali Valley. I learn about the Karnali people, particularly the Humli Khyampas (Wanderers from Humla) and their remarkable ethnogenesis (the emergence of an ethnic group). Between the mid-nineteenth and mid-twentieth centuries, vagrants, escaped convicts, and disaffected villagers from different ethnic backgrounds had come together to form a core ethnic group. This group, the Khyampas, noted Swiss anthropologist Hannah Rauber in the 1970s, led a life on the road. 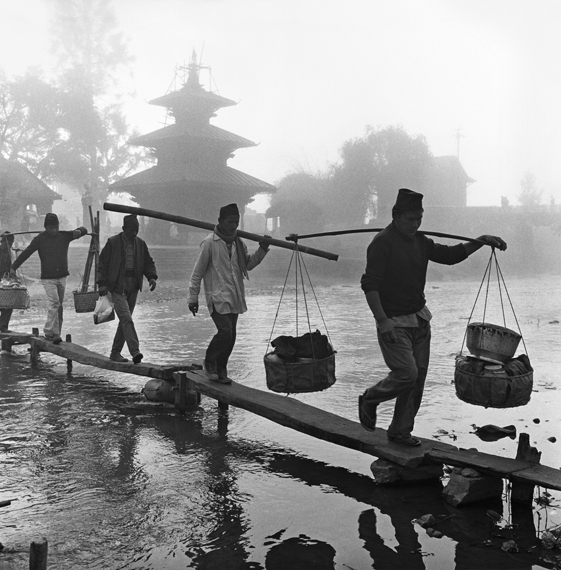 Bubriski returned to Nepal and to Humla in 2010, photographing the same landscapes and people he had first caught on camera in 1977 and later in the 1980s. Honda Lama is a case in point. In the eighties, she was one of many young women who supplied food to Bubriski's camp in Dhinga village while he worked on community pipelines. Honda carries a child on her back in the black and white image. More than two decades later, Honda wears mismatched earrings in the color photograph. Studies have pointed that the Humla region is now poorer than it was in the seventies due to unforeseen side-effects of several development projects. Distribution of low-cost iodized salt, outlawing of endangered animals, and allocations of forests to local community management -- all necessary endeavors -- had adversely affected the age-old commercial relationship that Humla enjoyed with Tibet. The ancient trade routes vanished; Humla became impoverished.

One by one, I go over the images of Humla's people, their profound poverty juxtaposed against pristine natural beauty. And I think: I live in a country full of neglected citizens, forgotten lands. Arid, desolate existence.

Later in the evening, I walk over to Uttar Dhoka, searching for Theater Village. Cold, winter rain has shrouded Kathmandu. I buy a ticket for Yerma and, while waiting, think of all these women. I think of Honda Lama and I think of Lorca's Spanish Yerma who got transformed into an English version before finally being converted into Nepali. I wonder what is lost and what is gained during travels and translations, during documentations and development projects. I wonder about people who look with eyes wide open and people who shut their ears. 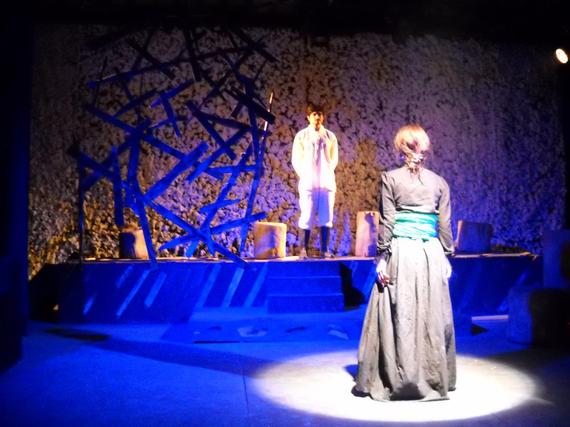 While watching the play, I notice how, true to Director/Designer Bimal Subedi's words, "the psychosocial landscape of the play still fits the Nepali context." At the end, Yerma shrieks. It is a shriek that must be trapped inside the chests of innumerable Nepali women. I remember one woman in particular, a friend who has been pushing the petition and attending protest gatherings, a friend married to a British man. A man, who, not unlike Bubriski, wandered into Nepal at the beginning of the millenium. I think about these friends and their two children. Children born in Nepal to a Nepali mother but who can't get Nepali citizenship. Because I live in a country where men are treated better, given more legal rights and considered more important than women.