There is an undeclared war going on in South Asia. It's a more important war than the one against terrorism being fought so desperately in Pakistan and Afghanistan. It's a more pressing issue than whether or not Pakistan and India will enter into a nuclear race, or whether Pakistan's nuclear bombs can be kept secure. It is the major issue in the region, which, if left unresolved, will result in greater instability throughout the region. It will carry global repercussions as it echoes across the Middle East and Africa. It's the war against women, where because of patriarchal customs and systems, one half of the region is at war with the other half: and in this conflict, there can and will be no winners.

In one week alone, there were two horrific crimes in South Asia that shocked the entire world. In Pakistan, a 25-year-old pregnant woman, Farzana Parveen, was walking to a Lahore courthouse with her husband in order to testify that she had married him of her own free will. Members of her own family, including an uncle, brothers and two cousins, who had turned against a marriage they had initially agreed to, lay in wait for the couple, then attacked them. Mohammad Iqbal stood watching helplessly as they beat her to death with bricks. The police and bystanders allegedly did nothing.

In India, two teenaged girls of low caste were abducted in a village in Uttar Pradesh. The next morning, their gang-raped bodies were found hanging from a mango tree. Their father said that when he went to the police to report them missing, the police asked what caste they were from, then allegedly refused to help in the search. Their small, thin bodies, one in a green tunic and pants and the other in pink, are a far cry from the strong frames of soldiers sent in to battle on a warfield. But these girls, Farzana Parveen, and millions of women like them, are the foot soldiers in a war where their own bodies are the battleground.

This war isn't always fought so openly. It takes place in private homes, where millions of women are subjected to the worst kinds of domestic violence. In South Asia, it is common to physically discipline one's wife or daughters, or even young women who work as maids in the house. Men and women alike will daily hit or strike women and girls not just as punishment, but as a way of taking out the frustrations of daily life on them. Pakistan has seen cases of young maids being beaten to death by their employers, of ordinary men abusing their wives across all socio-economic classes, and of daughters beaten or killed because they wouldn't submit to an arranged marriage or because they enacted a marriage of their own choice. Women and girls are trafficked across the region and exported to prosperous nations to work as little better than drudges, where they are always in danger of physical violence with few laws in place or enforced to protect them.

This state of affairs has come about in Pakistan because it is a society brutalized by years of dictatorship, where physical punishment, hanging and torture were the norm, and, in a post-dictatorship society, further brutalized by deadly terrorist attacks that have killed 60,000 Pakistanis in bombings and shootings. The greater South Asian region has always been buffeted by poverty, illiteracy and conservatism, in which girls and women are the most vulnerable members of the population. It houses a deep-rooted system of patriarchy, where men are superior, and women are inferior, regardless of class, caste or religion. And it has had lawmakers and religious, tribal and community leaders create an intricate web of laws and societal structures that ensure women are legally, socially and financially dependent on men.

The power structure in South Asia, then, has for centuries operated with women as a kind of slave class, bound to men from birth, married early so that they will continue to work for their husband's families and bear the children that will perpetuate the system. It is only in the last fifty years or so that women have realized they have other options, and the right to seek them out. Women all across the region, from Afghanistan to Bangladesh and from Bhutan to Sri Lanka are trying their best to undo this state of affairs in the ways that are offered to them: going to school, becoming educated, getting jobs and achieving financial independence. They have achieved modest success in these aims in some countries, but are falling back badly in others.

There is a popular wave of thinking that helping women to become entrepreneurs - and many programs have been put in place, funded by foreign organizations and run by both local and foreign NGOs - will help them gain economic status in society. And this is true: when a woman has economic status, or a girl is able to contribute to a household, her value immediately increases in the eyes of the family and community and society around her. This increase in a woman's economic worth, the bringing of a woman out of the cloisters of home and into public life, is a stabilizing force that can bring balance and prosperity to the region.

But how to undo the extreme violence that accompanies and seems to increase with the growing independence of South Asia's women? It's almost as if the patriarchy sees the advances of women, senses a threat, and has mobilized force and violence against them in ways and numbers never seen before. In Pakistan, the forces of patriarchy have combined with the forces of extremism to enact a particular kind of war on women that sees, for example, girls' schools bombed and threatened with closure in the Northern Areas and Balochistan.

A more vibrant media in Pakistan is reporting these violent attacks on women with more courage and openness than ever before -- vitally important in bringing to light the current conditions in which women struggle for their rights. But the backlash against women's empowerment threatens not just to keep women in their traditional place, but to undo years of progressive advances, laws and social evolution that has allowed South Asia's women to make gains. And this is a development that will have an adverse effect on the efforts to stabilize South Asia and bring it into modernity.

So what can be done to unpick this huge heritage of patriarchy for South Asia's women? First, the culture of impunity needs to be dismantled. This is the culture that both men and women are raised in, where they are taught from birth that a boy baby is more wanted than a girl baby. As adults, men and women believe that a woman is always the property of a man -- be it father, uncle, brother or son -- and as such, the man is free to dispose of her as he wishes. If he beats her, it's his business; if he kills her because she violated his "honor," he is seen by others to have done the "right thing."

Strict laws that make it impossible for anyone to get away with domestic violence, rape, honor killings or any other form of violence against women must be enacted, enforced and endorsed by political and religious leaders. And any and all cultural, religious or tribal loopholes used to help a criminal escape justice have to be eliminated from the legal system. For it is only when legal accountability enters the picture that the culture impunity is defeated.

All the programs that are being enacted at the moment for the empowerment of women will be rendered useless unless organizations put some effort and money into men's education programs as well. By empowering, educating and liberating women, but leaving men out of the picture, an imbalance will be created in society, with women progressing and men being left behind. Men will continue to strike out with force against women as this gap in mentality increases.

Programs must be created that educate men about their rights and responsibilities towards women and girls, as protectors and partners rather than lords and masters. We must bring about a change in values and attitudes: men in South Asia must unlearn their programming about the inferiority of women and be retaught that empowered women are no threat to them, but can instead be assets and valued members of society.

Such programs can rely on many sources for inspiration: religious, humanist, civil, political, psychological and so on. But whichever way we choose to do it, the point is clear: for truly empowered women to exist peacefully in South Asia, there must be truly empowered men, armed with the idea of equality and dignity, not the false power that patriarchy promises but delivers only when one half of the population suffers. There must be the overarching lesson that both genders can and must live in harmony and cooperation, rather than conflict and submission. In so doing, an entire society can step out of its diminished, victimized position into a whole new position of strength and peace, with a secure, happy future finally visible for all. 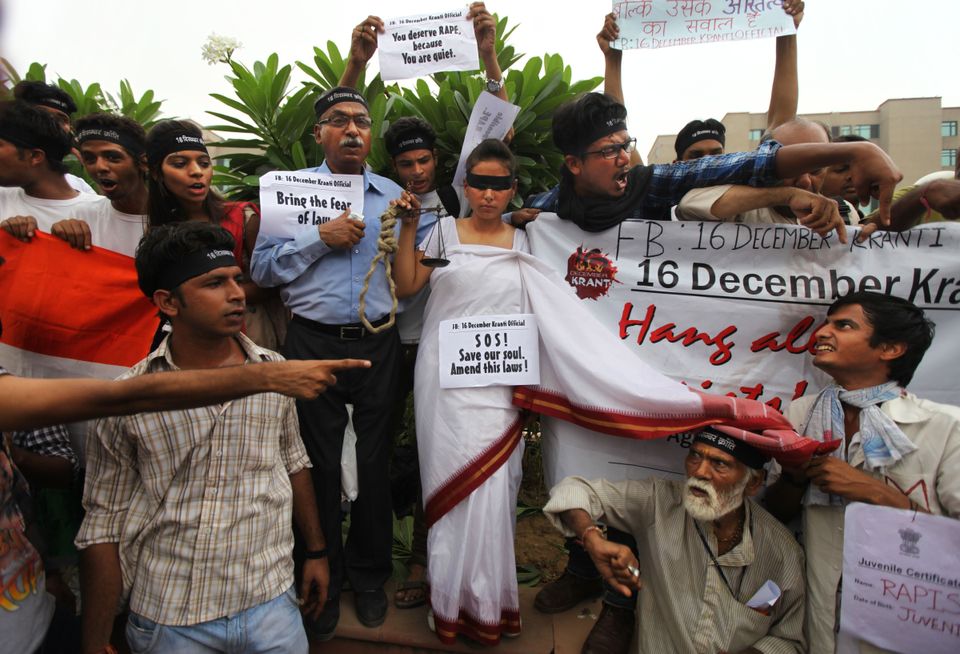