The international success of The Hunger Games film sequel, Catching Fire, has made me think of the concept of women warriors in fantastic stories. As highlighted by the character Katniss Everdeen in the Suzanne Collins' books and corresponding movies, I speak of female figures who are in touch with their power, who are called upon to engage in battle in some way, but are, more importantly, showcased as actualized, assertive and brilliantly strategic. They are sometimes autonomous and unto themselves, while also being models of care and integrity.

Katniss directly embodies the persona of Artemis, a Western mythological archetype explored in the book Goddesses in Everywoman, penned by Jean Shinoda Bolen, M.D., and also alluded to in a recent essay by Fleetwood Robbins. As portrayed by Jennifer Lawrence with bow and arrow movie posters, Katniss is a direct reference to the archetype. Another figure who embodies this is an archer as well, the elven captain of the guard Tauriel, as played by Evangeline Lilly in the most recent Hobbit venture The Desolation of Smaug. 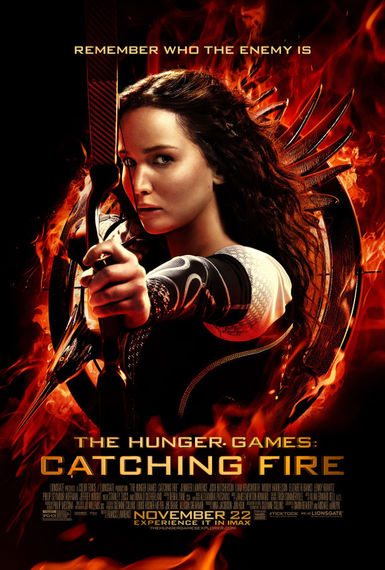 Both characters have potential male lovers who, in various ways, are less externally powerful than their female partners. In Katniss' case, there's Peeta, the bread-maker's son with an artist's vision and who, in the books especially, is positioned as a self-sacrificing nurturer in contrast to Katniss' sharpness and survivor instincts. In Smaug, Tauriel starts to pine for the less battle-adept but poetic dwarf Kili. He spends a good chunk of the film wounded, in excruciating pain, and very much needing her. 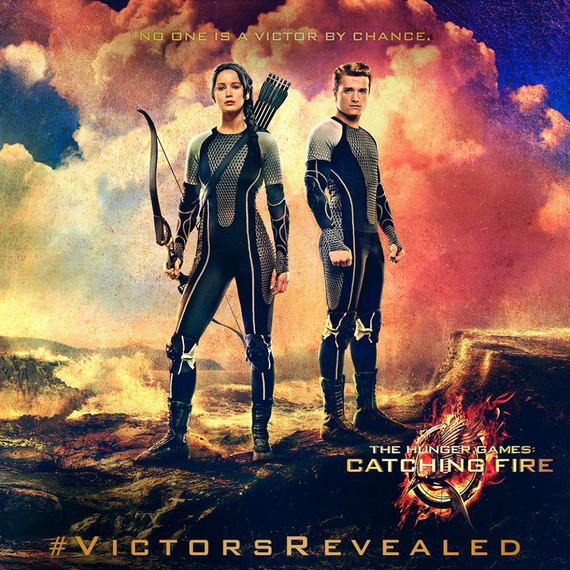 The media offerings affiliated with fantasy/sci-fi have many instances where traditional Western gender dynamics are turned around. One example, I've recalled from my childhood is that of the mid-1980s kids' series Dungeons & Dragons, following a group of youngsters with magical paraphernalia lost in another world.

One character was Diana, named "Acrobat" as she's a medal-winning gymnast bestowed with a multi-purpose javelin. In one episode, "Child of the Stargazer," a kind youngster named Kosar is on the run from a demon queen, as he's the focus of a prophecy plotline involving the end of her rule. Kosar and Diana fall for each other in a particularly moving story about civic freedom and sacrifices of the heart. I was thrilled to see romance in my 'toons, with a couple who looked like the girls and boys in my neighborhood and family.

Yet what was striking, and I'm not sure if I was aware of this as a child, was that it was Diana, who was the protector of her guy. He was wowed, saw her as "magnificent" and beamed at her abilities with no thought that he was somehow less of a person for his deference. When said Demon Queen sends forth a spell-laden twister, leaving Kosar on the ground frightened out of his wits, Diana stands in defiance of the gale and demands that he be left alone.

The animation for the show would be considered crude by today's standards, yet the ideas last, and stand as an outright challenge to grown-up entertainment tropes and everyday social norms. One of the worst things a boy could be called in my neighborhood was "soft," to be perceived as a girl. A popular cartoon refuted that notion.

A similar dynamic can be seen in Wendy and Richard Pini's comic book Elfquest series, with its huge cast and sensual explorations. Among them are two long-lasting lovers: Nightfall -- "the sword, the spear, the arrow" -- is a huntress who tearfully leaves her man to fight in a mountain quest. Redlance -- "the flower, the tree, the vine" -- is a plant shaper who has nothing of the warrior in him, and thus stays in the hearth to watch over everyone's children. And yet another example is in sci-fi with Joss Whedon's 2005 film Serenity, spawned from the Firefly series and which showcased warrior Zoe and her pilot spouse Wash. 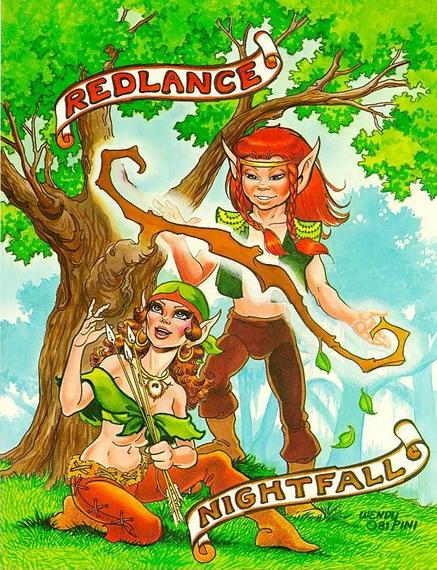 Though I'm pointing out a particular type of dynamic here, there are in fact all sorts of permutations in the fantasy/sci-fi universe with characters of varying genders and sexualities inhabiting an array of roles (and, readers, please feel free to chime in with other examples). I find that women warrior figures starkly highlight current ongoing conversations, with an overdue need for far more balanced media depictions and fluid understandings of gender. The examples of empowerment on the page and screen have implications for real-world choices that should be available for women across the globe.

The other side of this equation is for everyone to embrace the notion that there are tons and tons of real-world men of all orientations who are tender, who have access to a rich emotional spectrum and are unabashedly prone to intimate, gentle expression.

Sociologist Lisa Wade recently explored this in an excellent Salon article. Storytelling, particularly fantastic storytelling, can lay bare the contours of our imagination, including that which is taboo and stigmatized.

Some visionaries have taken time to help us see that it is normal for men -- even the hardest, most testosterone-driven -- to make themselves vulnerable, let go of the burden and be okay with someone else taking the lead who may be a different gender or sex. Dudes can find solace in tales where they can lay their head on someone's breast/chest, relax, smell the ambrosia and be very fine about being soft.