Sex therapists frequently get questions from frustrated female patients who struggle to have an orgasm.

And, of course, there’s much more to good sex than just the climax, but that sweet, sweet release makes it that much better.

In fact, a 2015 Cosmopolitan survey of 2,300 women ages 18 to 40 found that only 57 percent of women have an orgasm most or every time they have sex with a partner. Then there’s a smaller subset of women ― roughly 5 to 10 percent, according to Elisabeth A. Lloyd’s The Case of the Female Orgasm ― who have never had an orgasm at all, solo or otherwise.

But ladies, we assure you, things aren’t quite as hopeless as they seem. We reached out to three sex therapists and gathered their expert tips, suggestions and other kernels of wisdom that will have you on your way to the Big O.

First, why some women can’t climax during sex with a partner.

The reasons can be physical, mental or emotional in nature, according to sex therapist Ian Kerner.

“It could be a lack of foreplay, a focus on intercourse without requisite levels of clitoral stimulation, a lack of psychogenic or physiological arousal or a relationship issue such as lack of attraction, poor communication or anger,” Kerner, the author of She Comes First: The Thinking Man’s Guide to Pleasuring a Woman, told HuffPost.

It’s also important to look at psychological factors including depression, anxiety, a history of trauma or body image issues, all of which can interfere with a woman’s ability to climax.

Again, sexperts say there are a number of potential contributing factors at work here. Some women simply may not know what kind of stimulation ― physical and otherwise ― they require to reach an orgasm, according to sex therapist Celeste Hirschman.

So what do sex therapists recommend to patients who struggle with these very things? Below, seven expert-backed tips.

The 2015 Cosmo survey found that 38 percent of women who didn’t orgasm with a partner said it was due to a lack of clitoral stimulation.

“When it comes to the female orgasm, both men and women need to understand that the clitoris is the powerhouse of the female orgasm and that most intercourse positions do not provide persistent, consistent clitoral stimulation necessary to produce orgasm,” Kerner explained. “Shift the focus from intercourse to outercourse.”

The beauty is in the buildup.

“We wish people understood that women’s arousal generally comes from a slow buildup that incorporates mental turn-ons plus all-over body stimulation,” Hirschman told HuffPost. “Touching the clit too soon can actually lower a woman’s arousal, making it harder for her to orgasm. Teasing and building up sexual tension makes a woman’s orgasm more likely and more intense.”

Consider talking to a sex therapist to educate yourself — with your partner, if you have one, or on your own.

Sex therapist Sari Cooper told HuffPost she asks patients who have trouble orgasming for a thorough history to learn the extent of their sexual education and experience.

She also recommends patients watch educational self-pleasuring videos to learn a variety of techniques and find what works for them.

“Learning how to orgasm is like learning how to play an instrument, the choreography to a dance or figuring out a yoga position,” Cooper told HuffPost. “It takes patience, practice, focused slow breathing and keeping any perfectionistic thoughts aside. After all, it’s not about the destination but the journey, ladies, which will allow for your own pleasure to emerge.”

“Often when a person is unable to orgasm, it’s because there’s some sort of inhibitor getting in the way: feeling anxious, feeling hopeless, thinking too much about whether or not it’s going to happen,” Kerner told HuffPost. “Psychological stimulation, such as fantasy, increases arousal while also distracting from the inhibitors. Too often people are relying on physiological arousal to reach orgasm and not paying enough attention to psychological arousal.”

Remember: The orgasm is for your pleasure — not your partner’s ego.

“If the pressure to orgasm is due to your partner’s feelings of inadequacy, their frustration, or worse, their anger, the work in therapy will also need to focus on the couple’s relationship.” Cooper said.

Let go of expectations, and just do your thang.

“It’s important to let go of what you think an orgasm should feel like, look like and how long it should take,” Cooper said. “Too many films show women screaming ecstatically when vaginally penetrated without any clitoral stimulation at all. If you’re caught up in these thoughts, your body and mind are not joined, nor are they relaxed. These are key ingredients to what I have termed ‘sex esteem,’ the confidence and calm to learn more about your sensual self.” 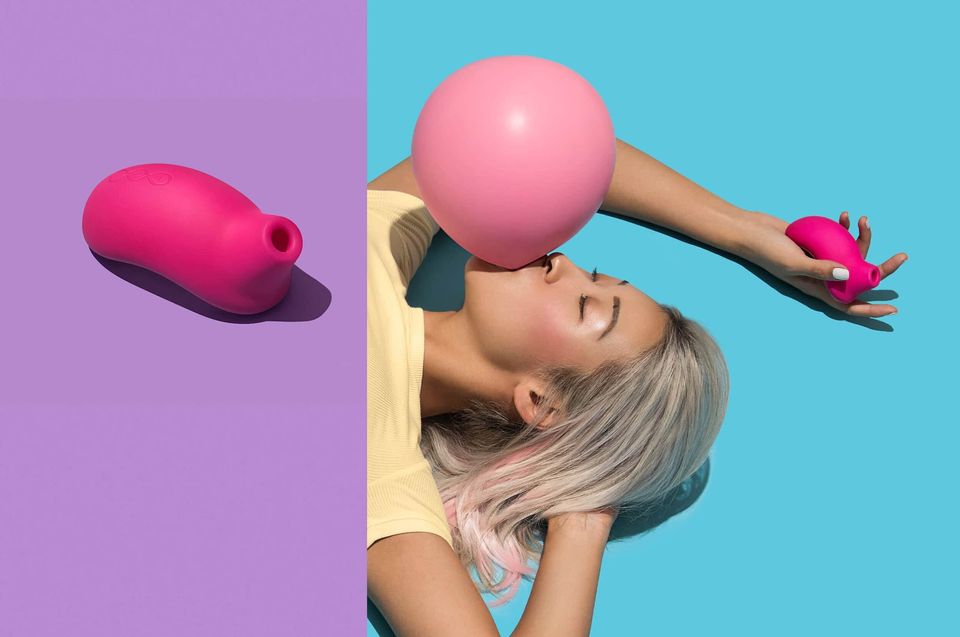