In 1994, from April to July, Rwanda was devastated by a brutal genocide. Hundreds of thousands of Rwandans were murdered and many more were forced to flee their homes and become refugees. During this time, every day, for each minute that passed, six men, women and children were massacred. Hundreds of thousands of women were raped. Because of extreme poverty, more than half of Rwanda's children couldn't continue their schooling.

This war-ravaged nation was left with 70 percent women who had to rebuild the country. In an attempt to rehabilitate, the government encouraged women, especially artisans, to form cooperatives and be entrepreneurial. But the women needed education and tools. How could they learn how to form and manage their businesses and find good venues where they might sell their products? The nonprofit organization Indego Africa was formed in 2007 to partner with these cooperatives and help empower Rwandan women to lift themselves out of poverty. Today they engage with 22 different artisan groups across Rwanda.

Working closely with the cooperatives, Indego Africa offers talented craftswomen opportunities to earn sustainable income and receive education. Most of them have never embarked on entrepreneurial pursuits before. But like the old adage goes, "Teach someone to fish and they eat for a lifetime." The women gain many invaluable life skills. They have received training in design, business management, and technology so they can grow their own businesses. And through Indego Africa's e-commerce website and with collaborations with boutiques and brands around the globe, the women's handcrafted products are available worldwide and online.

At the Twiyubake cooperative in a village in Rwanda's Kayonza District, 30 artisans skillfully weave items from banana leaves. (Twiyubake means "to rebuild ourselves," in Kinyarwanda.) Genocide survivors and widows work side-by-side with the wives of imprisoned génocidaires. In fact, many of the women initially connected through the Prison Fellowship, a non-profit organization that helps foster reconciliation among people affected by genocide.

Belancilla Kangondo is a craftswoman at the Twiyubake cooperative. She explains that before she connected with Indego Africa, she was working as a farmer earning the equivalent of 43 cents a day. Kangondo was struggling to support her family while her husband was in prison because of genocide-related activity. If she had never acquired these skills? "My life would be terrible," she says. "I'd have no house... I would not afford to pay the people who now work in my farm. All I have, I have achieved because of Indego Africa... When someone provides you with knowledge, they give you something very essential."

The Twiyubake cooperative encourages unity and reconciliation as the women make beautiful items like stacking boxes, hats and beach bags. In addition to the Indego Africa website, some of the items have been sold on TOMS Marketplace. And Grace Hightower De Niro (who is married to Robert De Niro), sold the boxes on Saks.com as gift boxes for her Rwandan Fair Trade coffee, Grace Hightower & Coffees of Rwanda.

April 7th is Rwanda's Genocide Remembrance Day which is followed by a week of remembrance and mourning. To honor this day, Belancilla Kangondo, Jacqueline Musabyimana and Marie Josee Numukobwa, three of the artisans at the Twiyubake cooperative, shared their stories with me. Read the full story here at Parade.com. 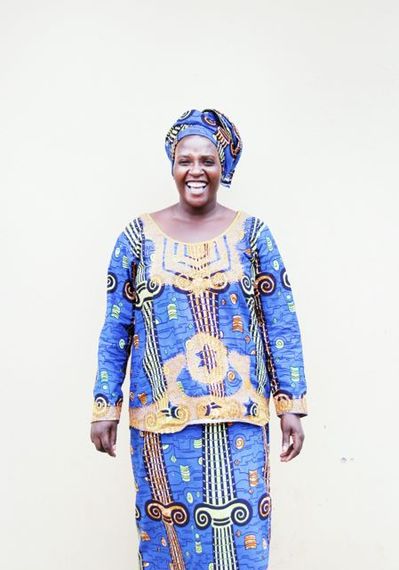