“Open yourself as wide as you can … like a piece of unexposed, sensitized material,” famed documentary photographer Dorothea Lange once said.

The talented group of 11 female photojournalists included in National Geographic's "Women of Vision" exhibition seem to have taken Lange's words to heart: they've ventured into all corners of the world, minds and eyes open, and come back with spectacular results.

The exhibition, on view at the Cranbrook Institute of Science in Bloomfield Hills, Michigan, was conceived by Kathryn Keane, National Geographic's vice president of exhibitions, and curated by the magazine's senior photo editor Elizabeth Krist. In a conversation published on National Geographic, the two women talked about how they were struck by the number of female photographers in the last decade who had been working in extreme settings and dangerous situations to bring important stories to the magazine. 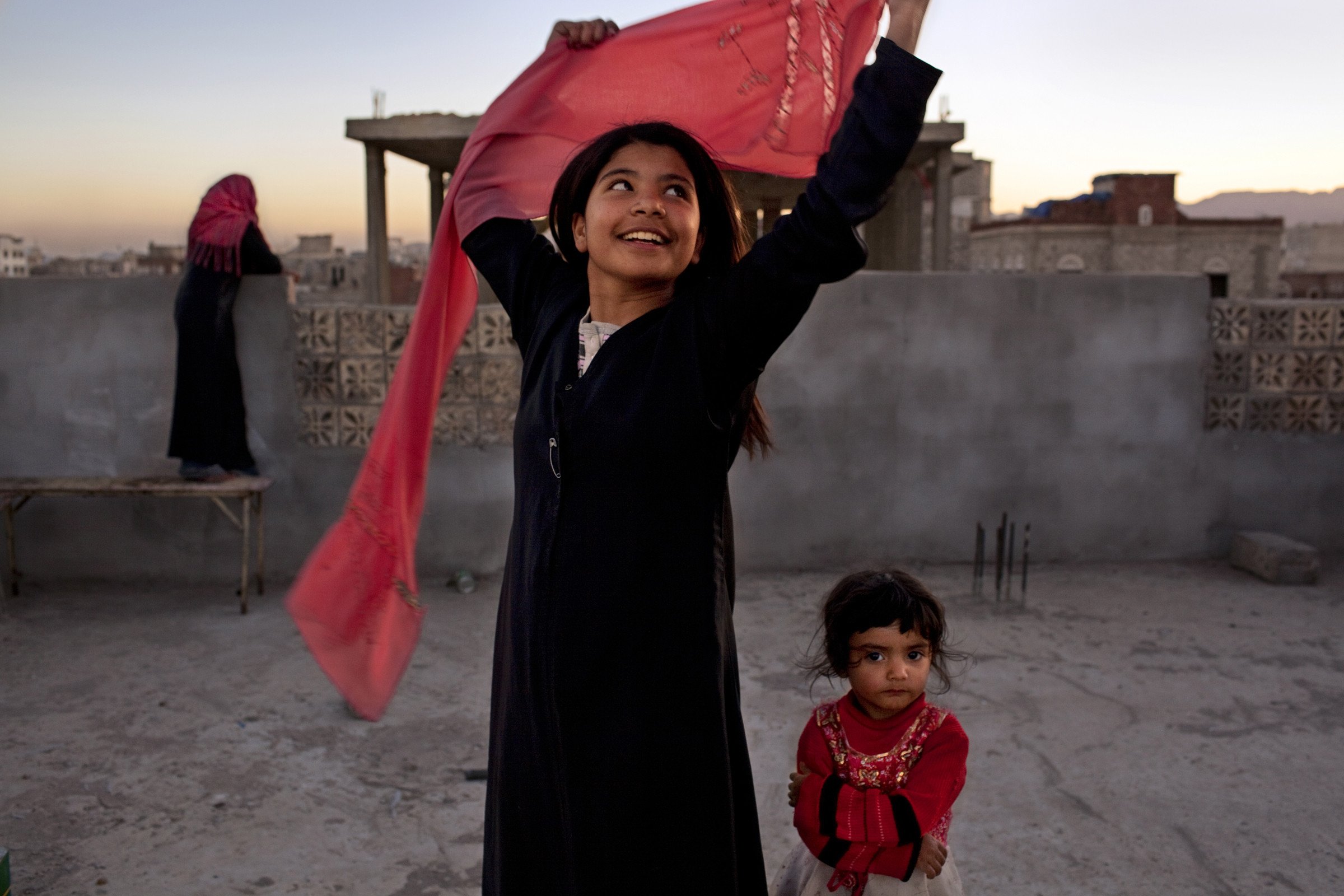 Nujood Ali stunned the world in 2008 by obtaining a divorce at age ten in Yemen, striking a blow against forced marriage. Photo by Stephanie Sinclair, courtesy National Geographic "Women of Vision."

"Many of them worked for their hometown newspapers; many of them were the only women photographers working in the newsroom," Keane said. "Many of them had sort of different reasons for getting into it, but once they got into the field of photography, they had sort of similar experiences, but then their personal interests drew them back out into different directions. ... A lot of times these women had no resources; they had very little support and yet they were driven to get the stories that they get."

While a wide range of work is covered in the exhibition, it is striking how many of the photographers take a deep and nuanced look at the lives of other women of all ages, from a young woman peer-pressured into getting a piercing to a Yemeni girl who broke free of a chid marriage.

"I do think that women are more likely to concentrate on issues that really matter to women, whether it’s maternal mortality or sexual assault or child brides," Krist told National Geographic. "And so I do feel that it’s important to keep the numbers up of women who are actually going out in the field and covering these kinds of issues."

The exhibition includes the work of photojournalists Erika Larsen, Kitra Cahana, Jodi Cobb, Amy Toensing, Carolyn Drake, Beverly Joubert, Stephanie Sinclair, Diane Cook, Lynn Johnson, Maggie Steber and Lynsey Addario, all of whom have contributed to National Geographic. Below, see some of the images that bring to light stories of women from across the globe:

"What I was trying to do was make images of victims that did not re-victimize," Cobb told the Wall Street Journal about the first image below. "You don't want people to turn away, you want to draw them in." 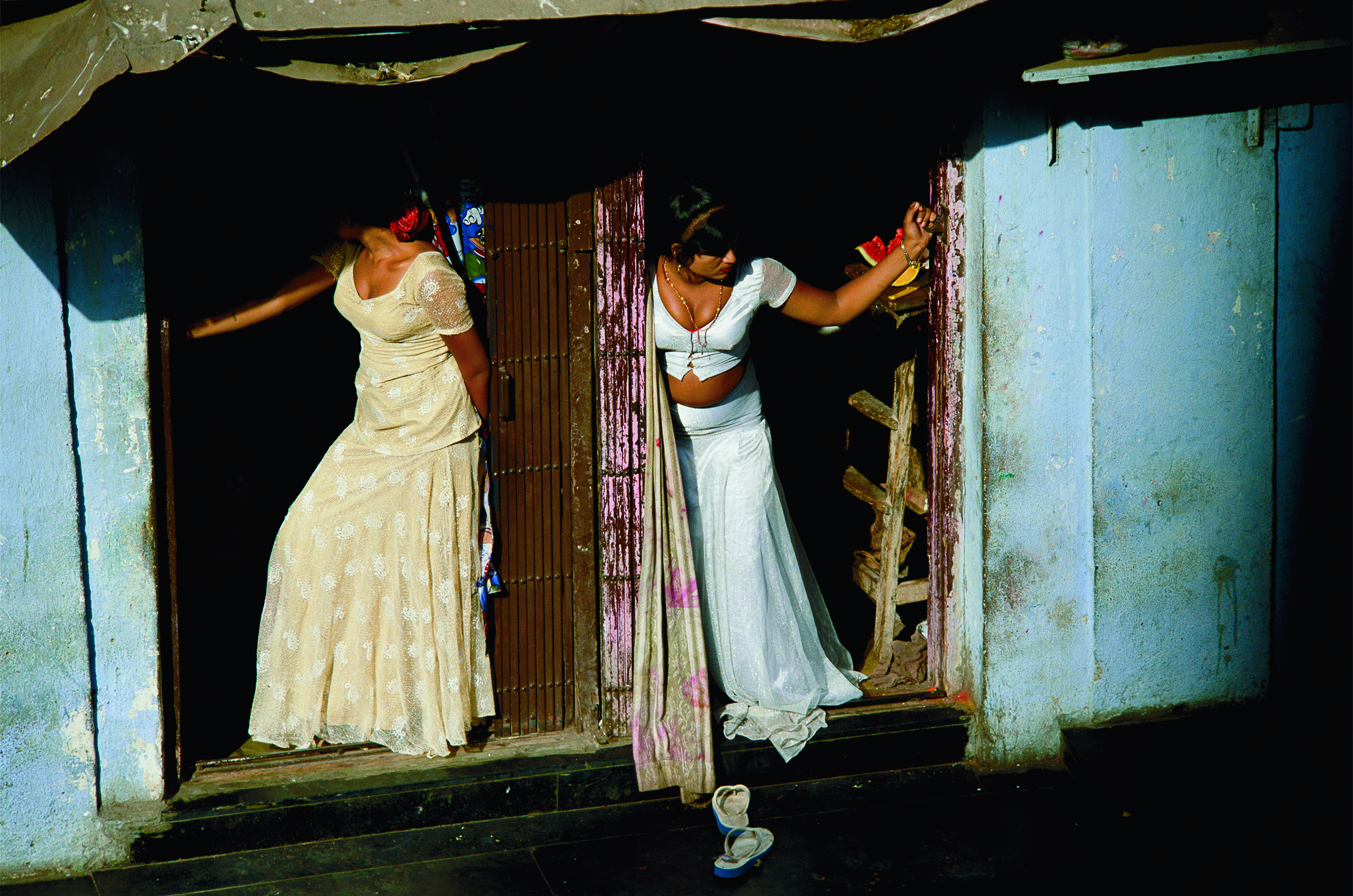 Prostitutes, who are known as cage girls and are often sex slaves, display themselves on a Mumbai street. Photo by Jodi Cobb, courtesy National Geographic "Women of Vision." 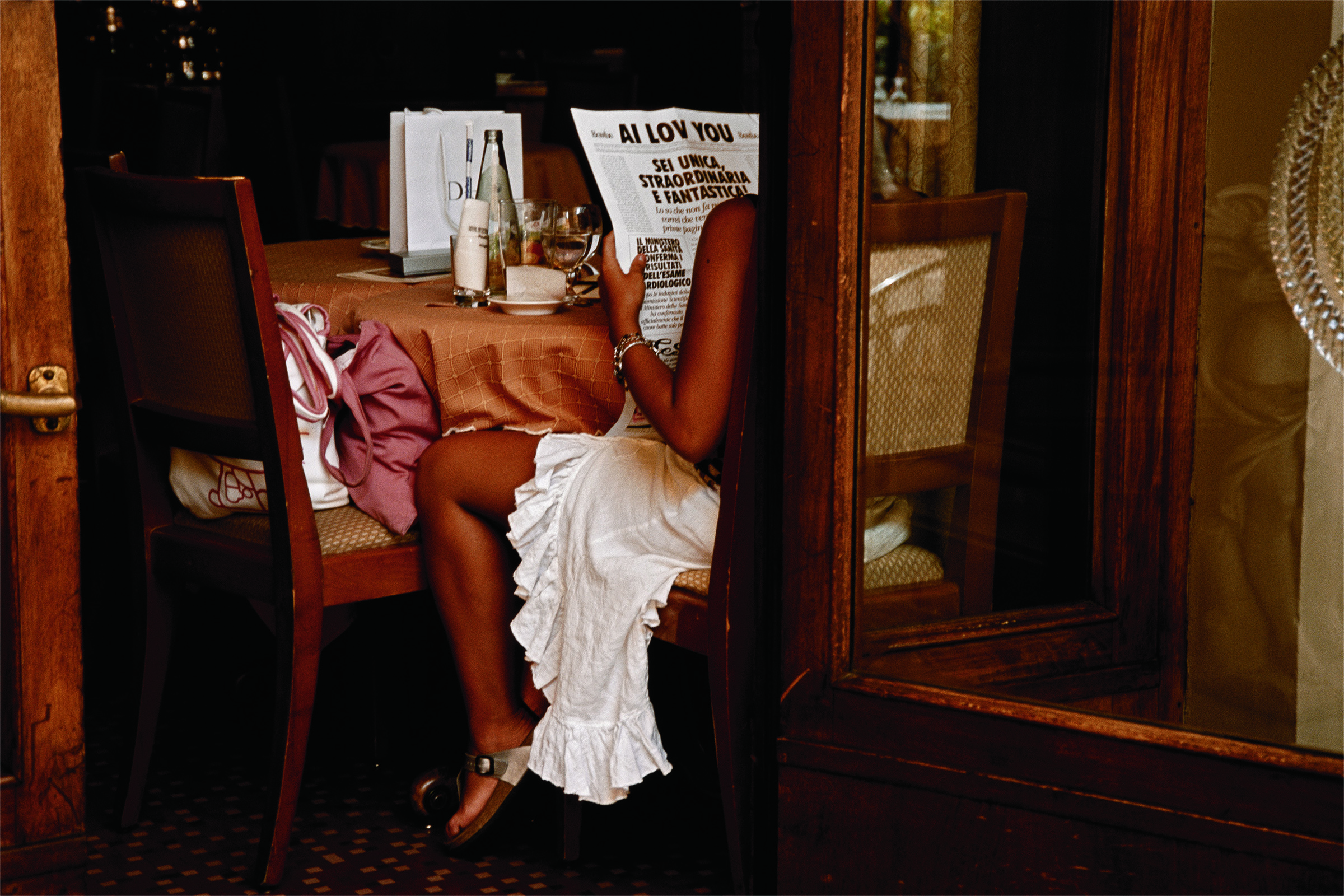 A woman in Florence, Italy, savors the message on a large greeting card. Photo by Jodi Cobb, courtesy National Geographic "Women of Vision."

"The worst day is not when my safety is at risk; it's when I can't get the pictures I want," Sinclair has said. "You have a chance to get voices heard, so every day counts." 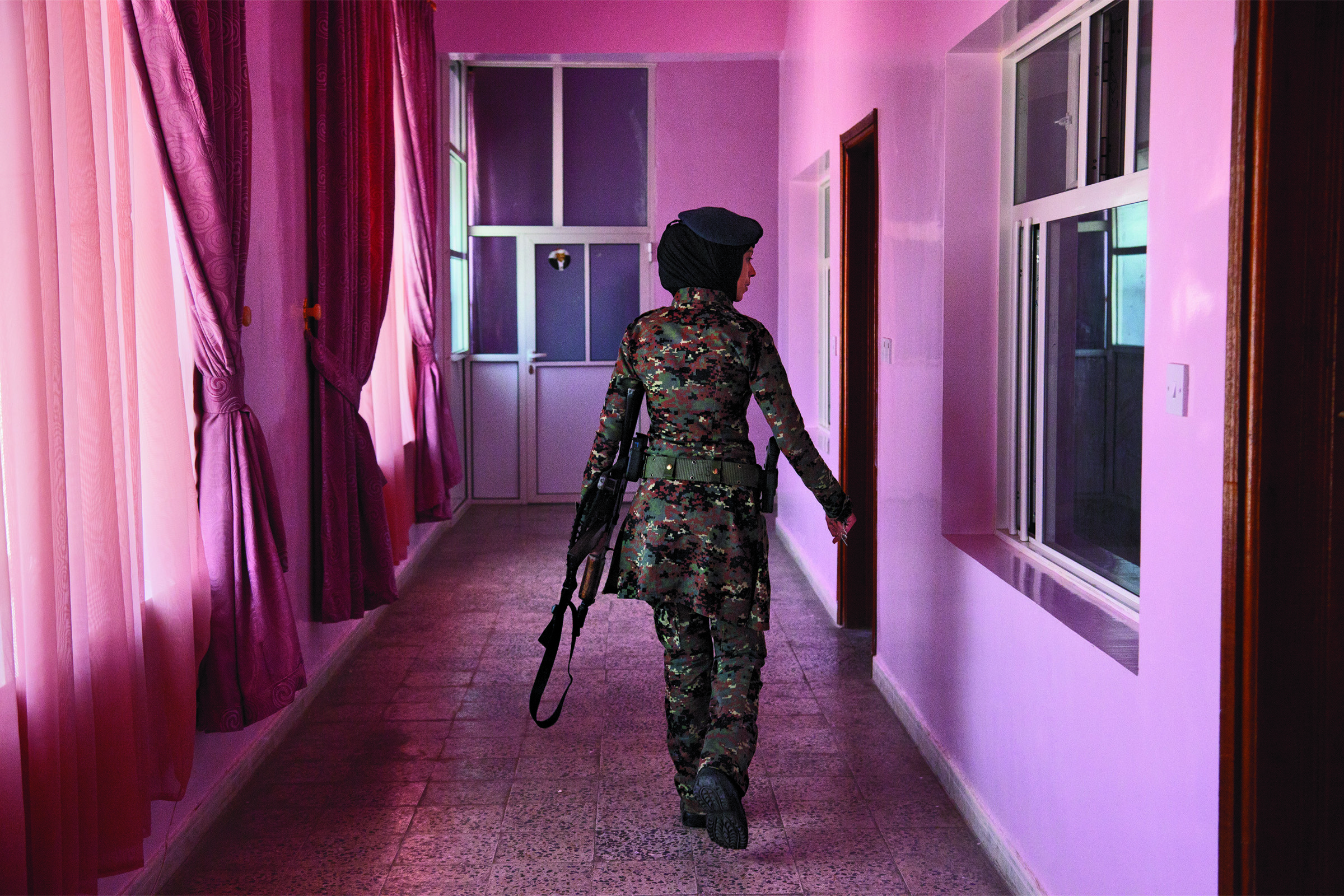 “When you really have the time to develop deep relationships with your subjects, it shows,” Cahana told The New York Times' Lens Blog. 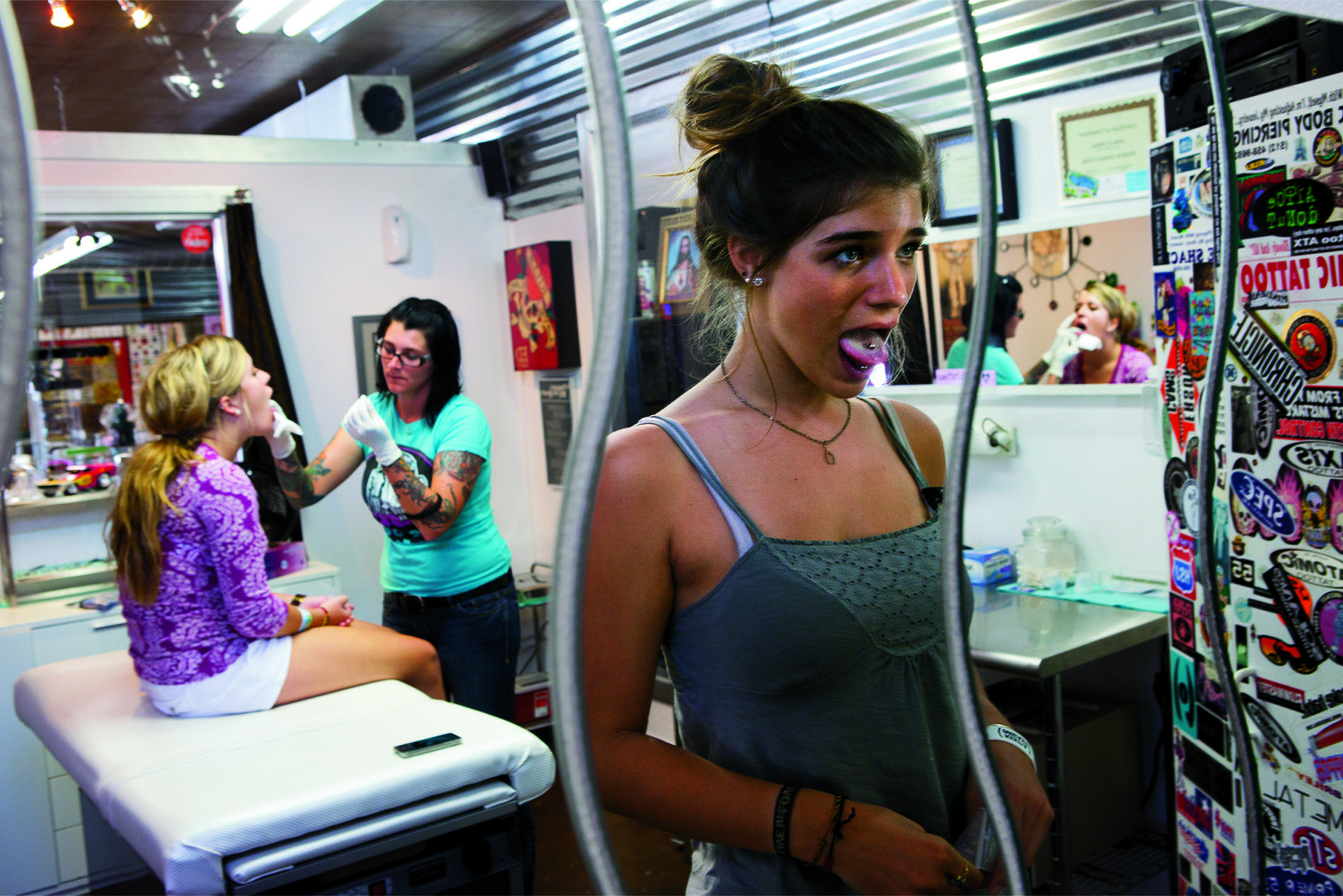 Getting her tongue pierced was “exciting and scary” says a teen in Austin, Texas who succumbed to pressure from her best friend. Photo by Kitra Cahana, courtesy National Geographic "Women of Vision."

“For me," Drake told the Lens blog in 2011, "journalism and art are not actually separate.” 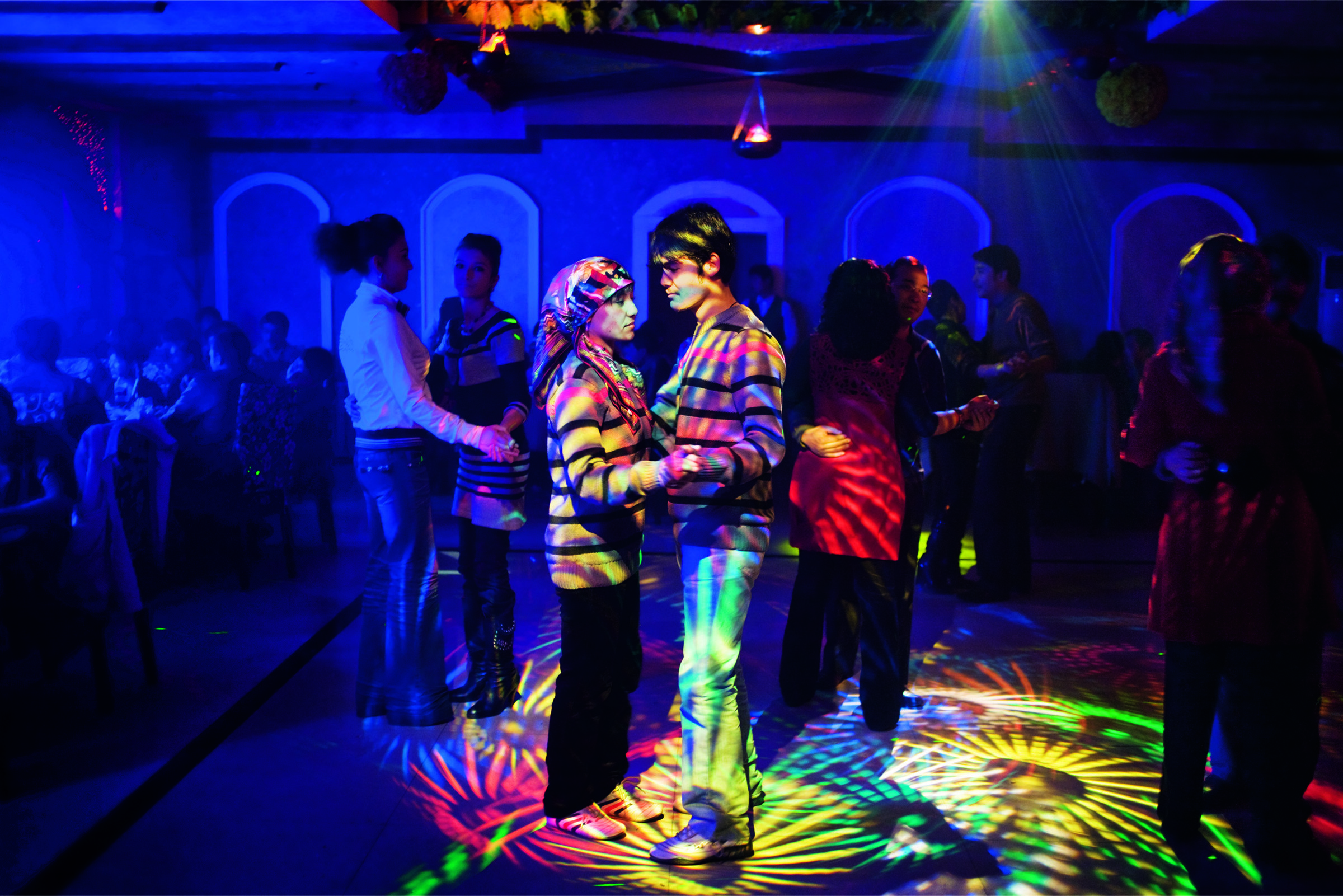 In Hotan, a Uygur town with a rising Han Chinese population, Uygurs socialize at their own nightclubs. Photo by Carolyn Drake, courtesy National Geographic "Women of Vision."

"This is what I cover," Addario told the Committee to Protect Journalists in an interview after she was held captive in Libya in 2011. "I will go back, and I'll exercise as much caution as I can, but I cover conflict." 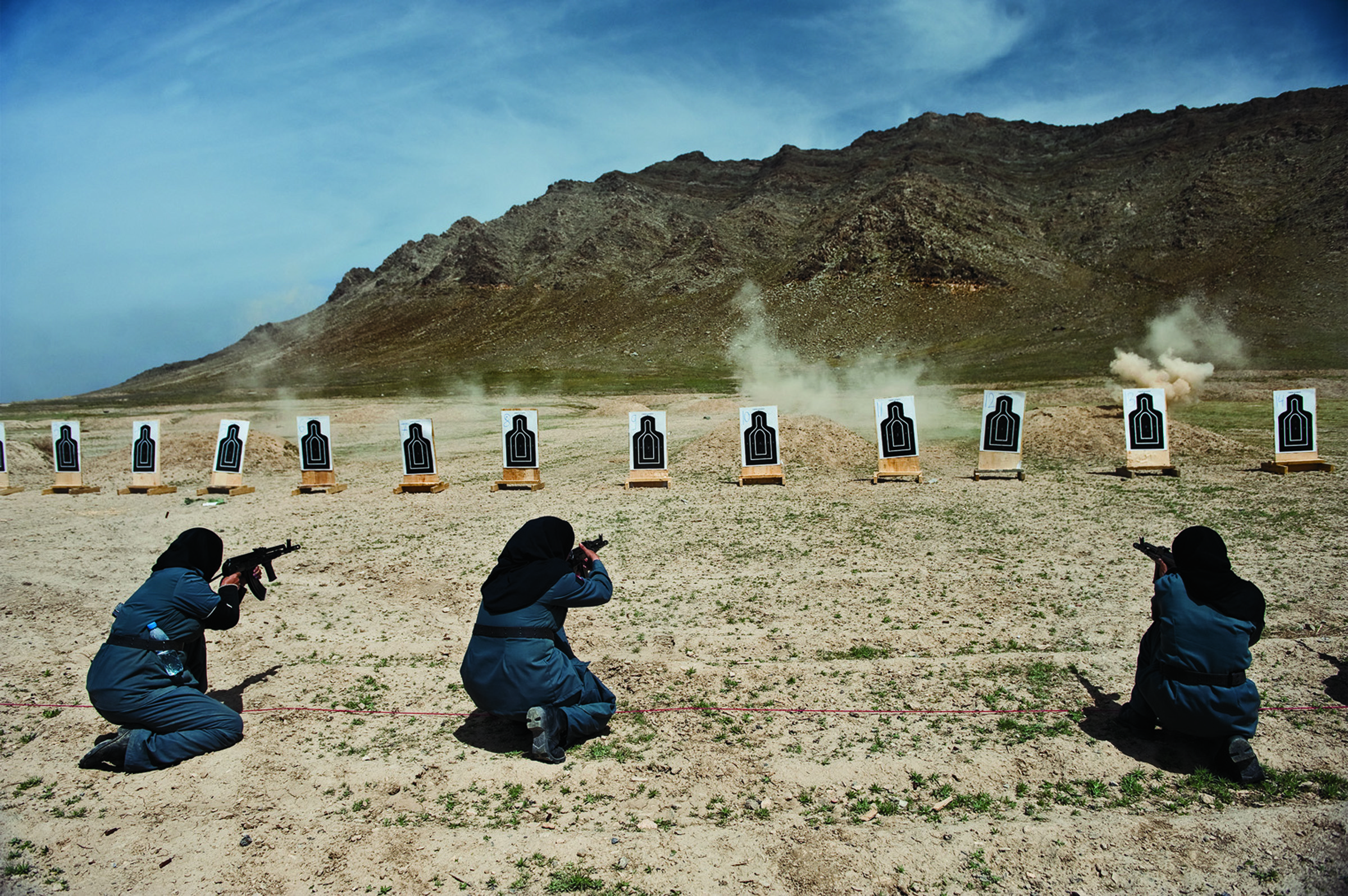 "Words and pictures are a very powerful tool together, Together these are the most powerful things in the world, actually. Even more than swords and guns because together they can inform, they can change minds," Steber told National Geographic. "But I think when you’re writing about something, you have to report in a certain way so that people can learn something and determine for themselves. Photographs are a completely different thing. Pictures speak to a different part of your brain. Nothing is ever going to describe in words what your mother looked like at 20 when the moonlight just fell on her face in such a way. Only a picture can show you that." 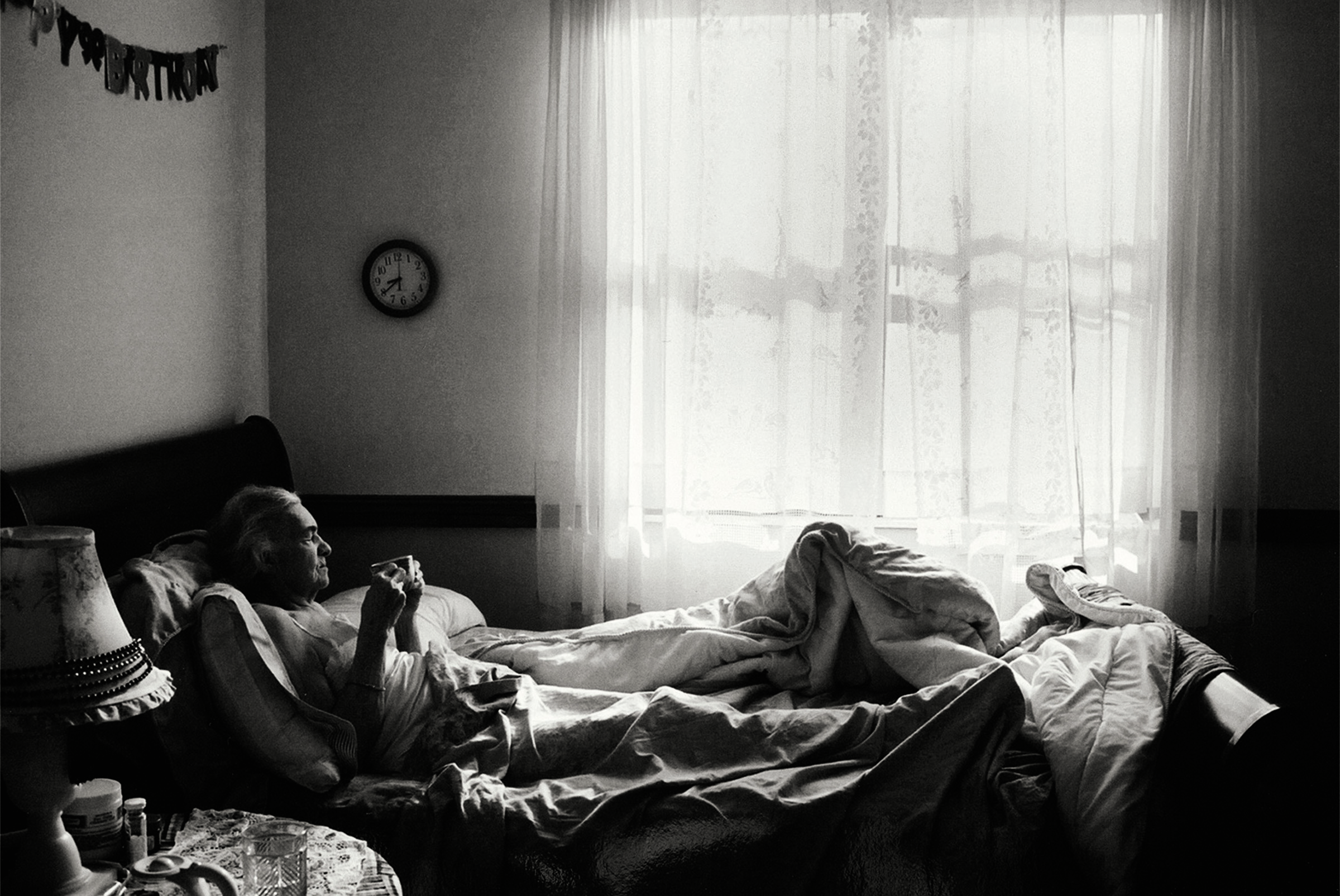 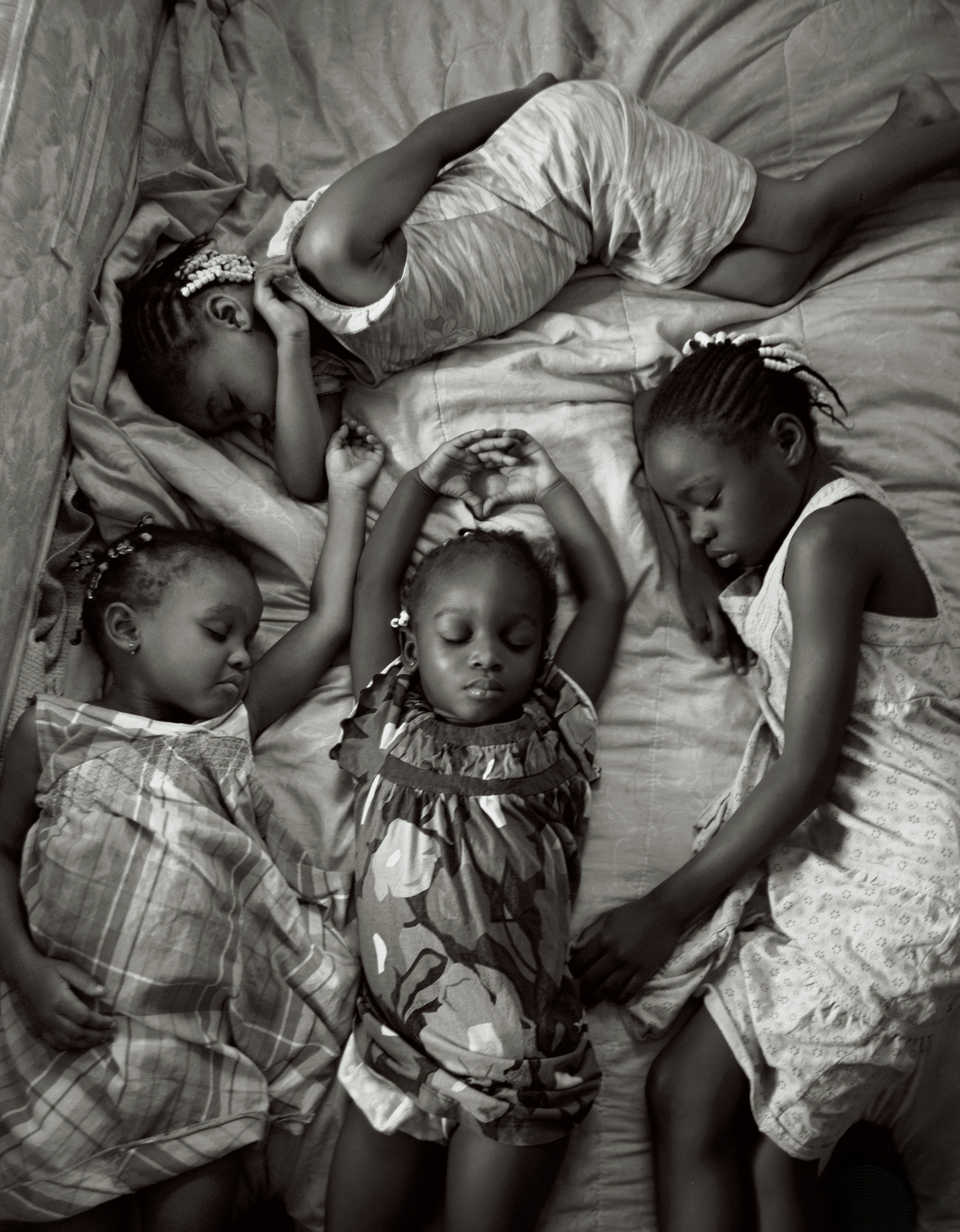 "You don’t want to end up with a bunch of cracked earth pictures," Toensing told National Geographic about her photographs of the years-long drought in Australia’s Murray-Darling river basin and its effect on residents. "I needed to understand the implications and the climate change perspectives and the water system perspectives, but then translate that into how it's affecting humanity." 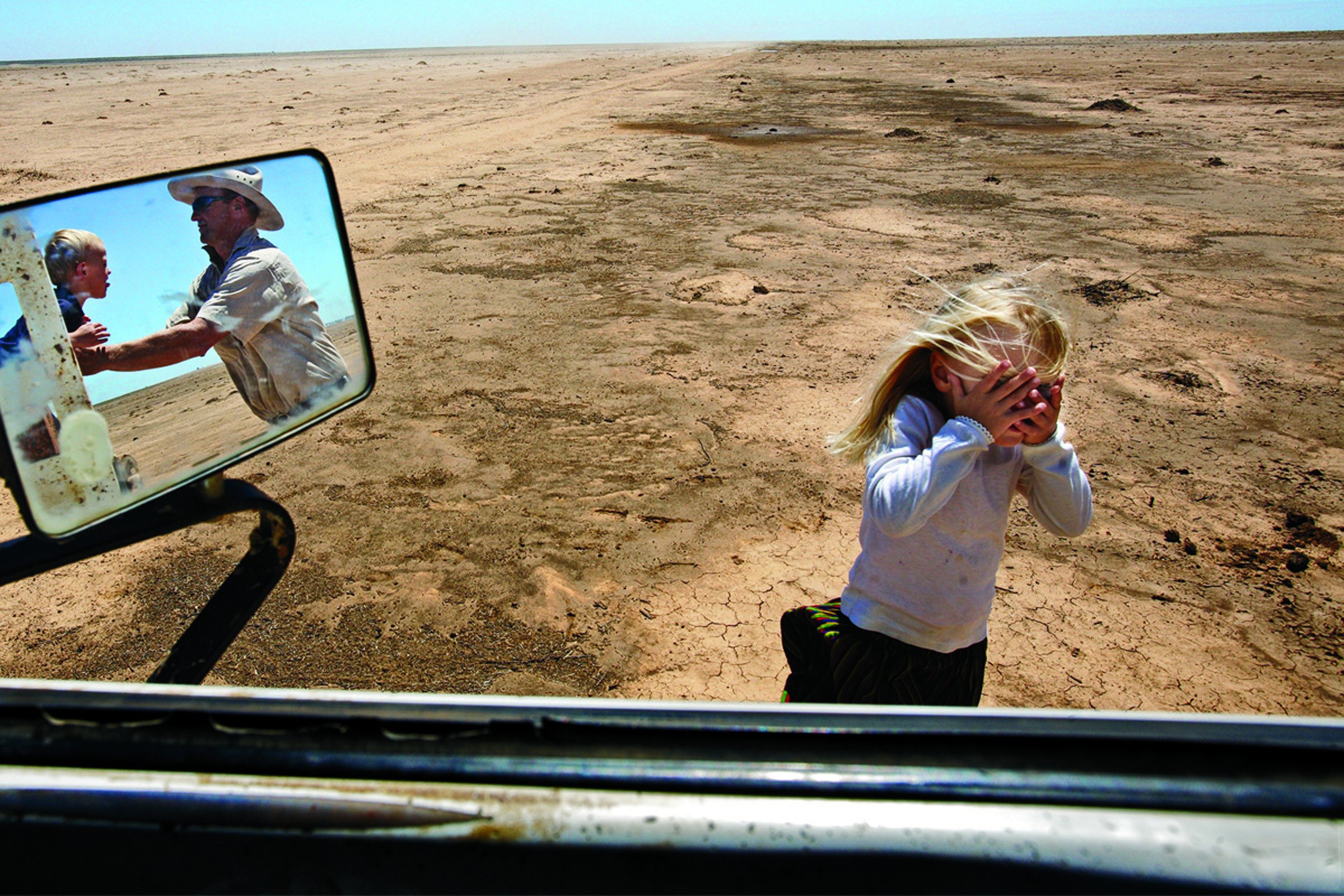 Simon Booth remembers when he grazed 250 head of cattle on his ranch in southeastern Australia -- a sight his children Ryan and Claire may never see. Photo by Amy Toensing, courtesy National Geographic "Women of Vision." 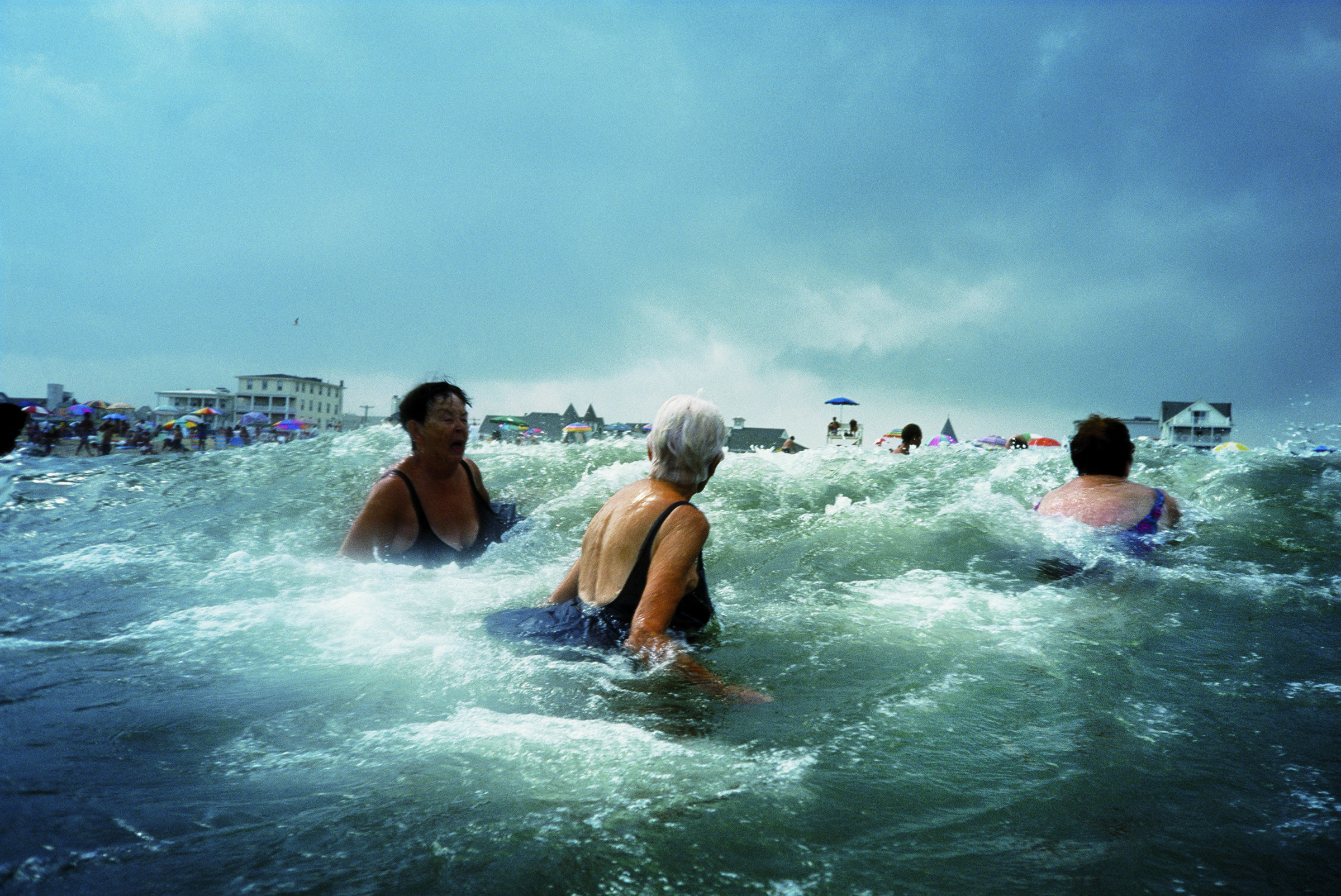 The "Women with Vision: National Geographic Photographers on Assignment" exhibition on view at the Cranbrook Institute of Science in Bloomfield Hills lasts through Dec. 30 before traveling to the Palm Beach Photographic Centre in West Palm Beach, Fla. in January.