In today's marketplace, many people are leaving corporate jobs to start their own businesses. While it feels much more chaotic to be in charge of everything yourself all of a sudden, the feeling of autonomy can be very liberating.

Lori H. Schwartz had a prestigious job with a well known corporate conglomerate. She was their chief technology catalyst, where her role was to drive innovative technology for marketers and their brands. After leadership changes, multiple reorgs and new demands on Lori's personal life, she needed to make a change. She left that company and found herself and her career adrift for the first time in almost 15 years. 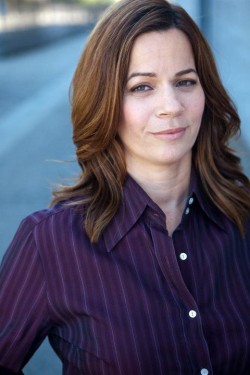 Prior to her role at the corporation, Lori had built and run a technology lab for the parent company, where clients (brands) could learn about the future of consumer communications. The lab was the first of its kind and also became the center of Lori's universe. For over five years, she considered this her baby and she says it became her professional and personal identity.

Building this lab inside the conglomerate of a huge company gave her terrific professional opportunities, and this is where she met her husband as well, who helped build the lab as the chief technology officer. In many ways, it became a small business for the two of them. But as often happens in large corporations, during the last two years of running the lab, the only constant was change in leadership. Lori was not happy with her work situation.

In parallel, her personal life was changing too. She was trying to get pregnant. So, she viewed work as a stability force, focusing more on day-to-day rather than thinking about career progression. She appreciated the benefits offered from her company, and she looked forward to expanding her family life, experiencing maternity leave and the health insurance benefits that were due to her. She convinced herself to ignore her unhappiness at work as pregnancy took precedence and began making decisions based on the transition into motherhood. Basically, politics and bureaucracy at work took a back seat when Lori got pregnant.

Her daughter arrived in 2009, and when Lori returned from maternity leave, even more leadership changes had occurred. She found the company was taking her lab in a completely new direction. She was also being asked to report to a colleague who she felt was not the right resource to lead the business unit. Lori reached out to leadership at the larger parent company where she had great relationships and explained her frustration. They created a new role for Lori: chief technology catalyst at a different business unit.

The big change for Lori was that travel used to be mainly for industry trade shows, speaking at events and meeting clients. But with this newly created position, Lori had to work with leadership and senior resources who were on the east coast while she was living on the west coast. For the better part of the next two years, her job focused on constant travel, and it was overwhelming.

The job was interesting, and Lori still desired to be the self described "powerful innovation girl," so she traveled with her nanny and her young daughter. She found this at least gave her more time together with her daughter, and she felt like she was balancing both worlds that she enjoyed. But the company wasn't funding her daughter's travel or the nanny's, so it became very expensive.

She says that she really felt the need to have the nanny in tow unless she traveled to a location where she had family.

Business travel and being a working mom is really difficult. First of all, airlines do not really support family travel with young children. If you travel by yourself with baby and computer, you end up fighting with TSA about opening milk bottles and juice packs. It's just not conducive to being a productive mom at work. My company did not have emergency daycare or any programs in place to support my frequent trips to New York, so I had to cover daycare in N.Y., while still paying for my salaried nanny in LA. I also had to book my travel separately from my daughters as my company did not allow personal travel to be booked with their agent. So I was frequently begging airlines to seat me together with my daughter post-purchase, and they do make ticket changes at the gate. But the stress of the travel alone made me lose focus. Imagine chasing a cab down with a baby seat, toddler and computer bag just to get her to daycare in New York in the morning and me to my meetings.

Lori was exhausted after each trip and frustration was mounting. Then, after two years of non-stop travel, her role at the company was changing yet again and becoming very undesirable. Her mentor at the parent company who created the job left the company, and she could see her role's focus dissipating.

During 2011, her daughter started school at age two and Lori couldn't take her on trips anymore. The balance had shifted. She missed her daughter when she was traveling, even for just two or three nights. Lori says "It was a strong chemical reaction that I couldn't ignore."

The tipping point was in January/February 2011 when all of the tech conferences take place between Las Vegas, Florida and Barcelona. Lori says "While it sounds romantic and exciting and I was enjoying the intellectual stimulation during the day, I was miserable underneath. I was this strong business woman during the day and I cried at night."

Neither happy in her personal nor business life, Lori knew it was time to make the transition to something more balanced with motherhood. "This New York based role was definitely not working, and I had come to the tough realization that the job I signed up for was no longer there. So I began discussions with HR. I had a severance package that would give me some time to figure things out on my own."

In June 2012, Lori become a Mompreneur. She wanted this balance desperately, and she was determined to find a way. During her tenure at the corporation, Lori was very active in her industry; she sat on boards, did many speaking engagements and moderated panels, making terrific contacts along the way. She believed she could find opportunity, but there was no guarantee of income and only six months of severance pay.

The first two months of being her own boss were a major adjustment. She bought a new computer, set up her home office, dealt with insurance and got a new phone plan. All the things that corporate had always taken care of for so long were now her responsibility. She struggled with being at home and learning how to balance being relaxed and enjoying her daughter while being productive and starting a business.

I couldn't relax. I had to do business things as part of my day to feel productive. So I scheduled lunches, talked with people about what to do and began getting the word out that I was available for hire. Eventually, I managed to find time to indulge guilt free in just being with my daughter or getting a pedicure in the middle of the day. I began to find some balance and take pleasure in the mundane moments in life with my daughter.

In September 2012, Lori built her website and made it official. She hired someone to work on branding while she continued to network. She landed some consulting gigs and brought in some revenue.

She began to understand that the ultimate balance of work and motherhood will take time and effort and some soul searching.

l began wrestling with tough questions that I had for myself. "Who am I? What's my value in the marketplace as I juggle motherhood? How can I be productive while making my life as a mom be top priority?"

Lori remains open minded and is ready for the self examination that she says she has to accomplish in order to find the right job that will allow for happiness on both fronts.

"What happens after staying at big job/company for so long, is you loose your skills of navigating in relation to the job hunt. My colleagues are supportive and encouraging, but this is a long and challenging process," Lori says. She's experienced empty promises and is learning that there will be wasted time and nonproductive meetings but its part of business development. "You get smarter about what is real and what isn't."

Lori's advice to others who have been laid off or made the decision to leave corporate life for being on their own:

I had fantasies that my door bell would ring and someone would deliver an envelope with a great contract or offer, but now I know that I have to make it happen for myself. I'm taking charge and lining up everything in my personal life, now I take the same leadership role with my professional life. Even with my self-imposed restrictions of limited travel and work hours, I'm confident that with my expertise, which is niche, and in demand, I will find something that matches my desire to be a good wife and mom. Only you know in your heart of hearts what will make you happy and until you put yourself in that path you won't be happy. Now I know anything is possible, I know I will strike a balance between family life and career!

Lori is proof positive that leaving corporate for chaos can be extremely satisfying, especially when the chaos turns into a balance that eventually feels just right.