More women in Europe have taken on full-time jobs in recent years, but they haven't taken any work off of their plates at home, according to new data from the European Social Survey. A majority of women feel that their work is "never done," the survey found.

Funded by the Economic and Social Research Council (ESRC), the large-scale survey is based on 250,000 interviews performed in over 30 European countries over the past 10 years. The researchers found that most women who are employed full-time are still pulling more weight at home than the men in their families.

The situation isn't much different across the pond, where [more] women are increasingly taking on the breadwinner role, while also shouldering the burden of the housework. Among American families with children under 18, 37 percent of wives now earn more than their husbands, according to Pew Center research. Yet 2012 Bureau of Labor Statistics data found that women still spend more time on housework than men, totalling over two hours a day.

With the pressure of balancing the increasing demands of career, family and housework, it's no surprise that women are experiencing higher levels of stress and burnout than ever before. Women are more stressed at work than their male colleagues, according to American Psychological Association data, and they also have higher stress levels overall than men.

Our current male-defined work culture, which defines success in terms of money and power, is what's creating so much stress in women's lives, according to Arianna Huffington, President and Editor-in-Chief of the Huffington Post Media Group.

"The world needs women to redefine success beyond money and power," Huffington wrote in a Wall Street Journal blog. "We need a third metric, based on our well-being, our health, our ability to unplug and recharge and renew ourselves, and to find joy in both our job and the rest of our life. Ultimately, success is not about money or position, but about living the life you want, not just the life you settle for."

And fewer women of the Milllennial generation are willing to settle for a life of stress and burnout. Increasing numbers of young women in America are saying "no" to high-powered jobs, which may inhibit healthy work-life integration.

"Forget what you may think you know about our newest generation of working women," wrote Laura Stepp of the Washington Post. "They are not the fretting, overstressed women we've been reading about for 20 or 30 years. They are as large or larger in number, better-educated, ambitious, optimistic and determined to enjoy a more well-rounded life than their mothers' generations."

European Women Working Full-Time Also Do Most Of The Housework: Survey
Quotes About Stress From Women 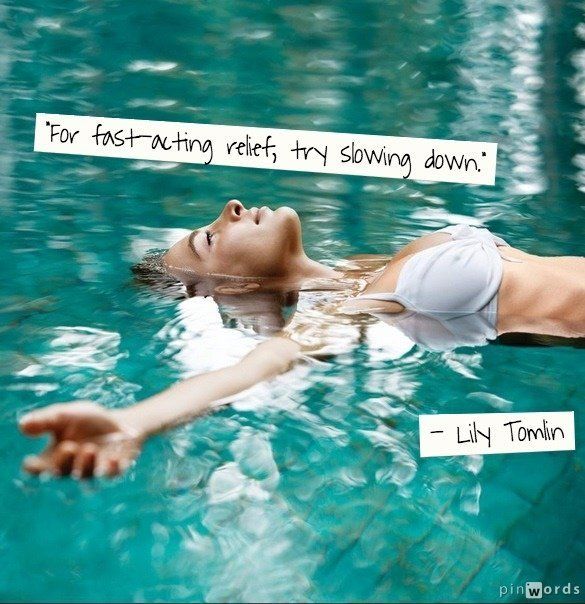