It’s an arduous task that leads to debilitating injuries, yet the chore falls on the heads of women and children in 76 percent of households surveyed, according to UNICEF.

The errand not only causes physical pain, but also cuts into opportunities to learn and work.

With increasing advancements, women can spend less time gathering water and more time getting an education, earning money and more. Here's who's helping solve the problem. 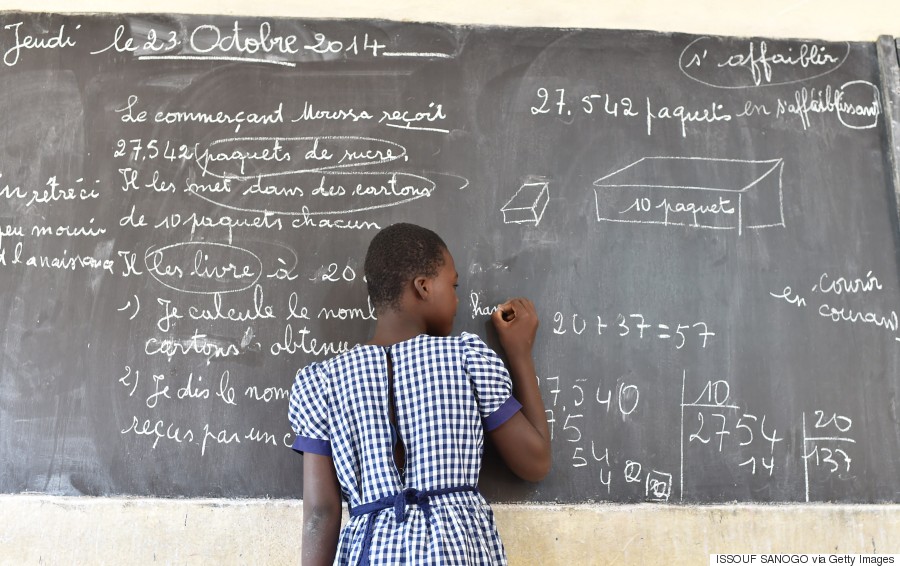 Though it's backbreaking work that often requires meandering through dimly lit areas, girls are twice as likely as boys to be tasked with fetching water in homes in developing countries where children are responsible for the chore, according to UNICEF. Shouldering this time-consuming effort leads girls to come late to school, or to miss out on classes entirely.

Who’s helping: Girls’ enrollment rates have been shown to improve by more than 15 percent when they are provided with clean water and a toilet facility, according to UNICEF. The Water Project works to give girls in sub-Saharan Africa the freedom to go to school by working with local communities on constructing an optimal water source, whether it be a well or a surface dam, that suits their specific needs. Find out more about the Water Project and how you can get involved here.

Fetching water is such a lengthy process, it’s often the only errand women are able to accomplish in a day. For example, Mnguswn, a 37-year-old Nigerian mom, would walk more than 2 miles round trip every day to get water and wait on line for about two to three hours. When she finally got home, her four kids were just getting back from school and there was often nothing for them to eat, nor did she even have enough water to complete her household chores.

Who’s helping: To cut down on wait times, NextDrop, a social enterprise established in 2011, collects information about water services in India and sends out text alerts to locals about when they’ll receive water, when there’s a delay and when they’ll likely be affected by pipe damage.

Across India alone, it’s estimated that the time women spend fetching water costs the country the equivalent of 10 billion rupees ($160 million). But when given the opportunity to work, women reinvest up to 90 percent of their income back into improving their families’ health, nutrition and education prospects.

Who’s helping: Unilever’s Sunshine group partnered with Oxfam to build water centers in the heart of two Nigerian communities, which provides women with both a local water source and jobs. Justina Onyene is employed by one of the centers, and the steady income has enabled her to support her family. When her father’s job was affected by a strike, she stepped in to pay her younger siblings’ school fees and buy them books.

It often isn’t their preferred method of transport, but women and girls carry water on their heads because
it’s easier to navigate rough, rural terrain
that way than by carting heavy loads on their back, Slate reported in 2010. But the slight convenience comes at a heavy cost. They’re
more likely to develop musculoskeletal disorders
and related disabilities and spinal and neck pain, a study published in the National Center for Biotechnology Information concluded.

Though they travel far distances, the water they bring home is often contaminated, which can lead to contracting waterborne illnesses.

Who’s helping: For women and girls who don’t have access to a local water source, PackH20 ships low-cost, efficient backpacks to Haiti, Guatemala, Mexico, Kenya and Niger so that they can perform the task without injuring their heads and necks. The foldable pack evenly distributes the weight on a person’s back, allowing the carrier to still have use of her hands, and the removable liners are easily sanitized through exposure to sunlight. Find out more about PackH20 and how you can get involved here.