"Do you really need to check your blackberry again?" I ask repeatedly.

"Any new sales you need to vet on Gilt today?" Leah retorts.

On any given day, sitting and working at my round kitchen table -- our computers lined up side by side -- these are the kinds of quips that pass between me and my co-editor, friend and neighbor. Minutes later, the bickering behind us, we giggle proudly over our triumphant reworking of a long, twisted phrase we've teamed up to unwind.

Together, since June 2008, Leah Odze Epstein and I have been co-editing a blog called the Drinking Diaries -- a website covering anything and everything related to women and drinking. From celebration to revelation we like to say. A place where there is no judgment, where the stories we and other women share range from comical and celebratory to sexy and despairing. Where we offer news, profiles, research and opinions -- all about women and their relationship with alcohol.

Drinking Diaries was conceived, sadly, as a result of my own mother's drinking. Well into her sixties, my mother's wine habit went from socially acceptable and culturally expected (she's French) to deeply problematic. A child survivor of the Holocaust, my mother began using alcohol to numb her pain. I watched in fear and bewilderment as her dependence on alcohol --something I'd never before been faced with -- accelerated with warp speed.

Leah, also the child of an alcoholic, whose mother has been sober for over 35 years, was the person I turned to. In my spiraling confusion, I would sit on Leah's front porch, lamenting about my mother's drinking which worsened when my father was diagnosed with stage IV colon cancer. Then, over a Friday night dinner with our husbands, Leah and I decided that there was no place for women to share their stories -- the sad, happy and everything in between -- of drinking and the effect it has on their lives. We would provide that place.

In an effort to discover who the readers -- of the future book we hoped to publish -- would be, we started the Drinking Diaries blog. We queried women authors to do Q&A interviews, and let out shrieks of jubilation when we got a "yes" from accomplished writers like Joyce Maynard, Jackie Mitchard and Julie Powell. They all had tales to contribute. We went to blogging conferences and writing workshops, asking women along the way to share their stories. Sex and drinking. Parenting and drinking. Work and drinking. Family and drinking. Culture and drinking. Health and drinking. Nearly three years later, it's all there.

Somewhere along the way, Leah and I were deemed "experts" on the subject of women and drinking. We've been interviewed for radio shows and TV-news programs, and featured on various blogs. Recently, I was asked to write an article, "The Art of Mindful Drinking," and do a related podcast for a national magazine.

Last March, our efforts continued to pay off. We got a book deal from Seal Press and the anthology of essays we are currently working on, "Drinking Diaries: Women Serve their Stories Straight Up," will be published in Fall 2012. Our list of writers is impressive, but more importantly covers a fascinating array of experiences, ages, backgrounds, perspectives and cultures.

Both mothers of three children each, Leah and I start our twice-weekly work sessions with a catch-up walk through a beautiful Long Island Sound-lined park before returning to our office -- my kitchen. Over mugs of tea and handfuls of almonds, we bicker like an old married couple over grammar, her blackberry addiction, and my roving attention toward shopping websites. Some stories make us laugh hysterically like two teenage girls. Others hit very close to home. And when we "score" an interview or get a response from a high-profile person we never expected to get, we high-five like football players.

When we're not working together on the forthcoming anthology, we are working independently from home on new posts for the blog, which we update every Monday, Wednesday and Friday. We touch base via email and phone several times a day, basking in glory on a day when the blog has a high number of hits, and sharing frustration when a writer fails to turn in a piece that she swore was coming yesterday.

This journey has grown from seed on Leah's porch, to stalk with our blog, to blossoming flower next Fall, when the book hits the shelves -- both virtual and in bookstores. Leah and my partnership is a labor of love more than a business venture. The stories are there. We are just asking women to scratch the surface and let them out. 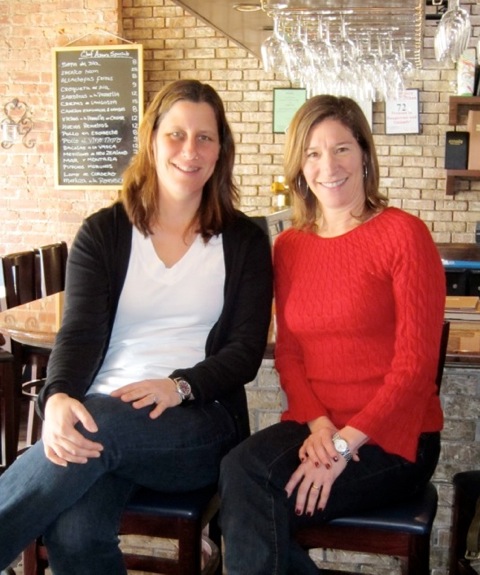 This article originally ran on the blog, Better After 50.

Caren Osten Gerszberg is a freelance writer and co-founder of the Drinking Diaries. Caren's articles have appeared in The New York Times, Travel & Leisure, National Geographic Traveler, Parents and other national magazines and websites. Her column, "Mom U.", about her daughter's college admission experience, appeared bi-weekly on nytimes.com. Read more about Caren's travels on her new blog, Embark.

For more information and to read a selection of my work, please visit my website at www.CarenOsten.com. Friend us on Facebook (at http://www.facebook.com/pages/Drinking-Diaries or continue the conversation on Twitter (@drinkingdiares)