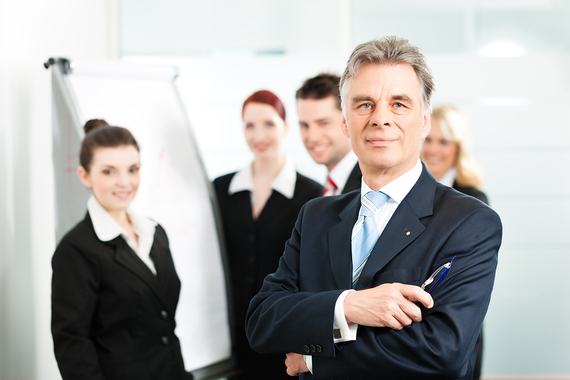 Do Men Really Care about Advocating for Women's Advancement?
In Part 1 and 2 of this series I provided the context of Women's Advancement, Three Things Men Aren't Telling Women. The first and second questions raised by men and the solutions provided were:

1) "I don't understand why things need to change. What's different today that should cause me focus on women?" Solution - Determine economic value and treat women as an Operating Priority
2) "Even if I acknowledge why things needed to change, I don't know what to change or how to change it?" Solution - Mastering how to manage talent that doesn't think look and act like themselves. This is called Leadership Growth
The third question raised may be the most challenging and certainly the most contentious
3) "Honestly, I really don't care. At best I see no value in it. At worst, I may say or do the wrong thing so it's just plain easier to do nothing."

The truth is, many men don't care about advancing women. Even when provided with facts, data and a solid business case many men and many organizations simply don't care.
But many men do care. And so do many organizations do. The solution to question three is to find and engage Male Champions. Based on my work up to 30 percent of men are ready and willing to help in advancing women.

Who are these men that are ready to help advance women?

You already know who they are; they are the best leaders in the company. Typically Male Champions have one (often more) of the following attributes:

1) A non-bias view of talent. They recognize talent comes in all shapes and sizes, and they embrace and genuinely value those women (and men).
2) They understand the business case and the need for a gender intelligent organization. They already see women and minorities as a business imperative
3) They are driven by and value fairness. They wear it on their sleeves. It's hard to describe but you know it when you see it.
4) They have a personal connection. They have a working spouse, they are the son of a working mother or they are the father of a daughter who realizes they have a responsibility to become a change agent.

My advice for women is to seek out these men and invite them into the conversation. They may have the skillset but they may have never been invited in to become advocates. If you need an ice-breaker, download the Father of Daughter's Initiative, Ten Simple Things Men can do to advocate for women. Most men will not choose to self-engage in this work, however, great leaders and male champions will not turn their back on inequities. Women need to invite men into the conversation, so that they can invite other men in.

You may be asking yourself, "if only 30% of men are ready to become advocates, how can we ever drive change?" I believe that 30% are 'ready-now' and we can get another 50% over time. This will take discussion, advocacy and patience, but we have to start by engaging the 30% of men so they can invite the other 50% to get involved.

What about the 20% who will never get it?

Sexists, Bigots, and Idiots
Just as in society, every organization is filled with its share of sexists, bigots, and idiots. The percentage in your company may be large or small, but you most likely know who they are through their past behavior. They represent an often-vocal small minority. The trolls on the internet are a great example of this.

This is certainly not to say they are just men, as women and minorities may also be sexist and bigots. It's just human nature. That being said, we do not have to dignify them with a response. A number of years ago, when I was delivering hundreds of hours of classroom diversity training,
I decided that I am not an idiot whisperer!

I arrived at the conclusion that some folks will never grasp the concept or importance of this work. Oftentimes, they are very vocal in the organization and my conclusion is you'll never be able to have a rational discussion or dialogue with your sexists, bigots, and idiots.

There's an old maxim that says, "You can't win an argument with an idiot," so my coaching to you is to not even try. You can say that, "This is the path the organization is choosing to take, and we are attempting to build a much fairer and equitable company for all associates."

While my belief is that you will not change their mindset or their point of view, your declaration usually causes even the most vocal and self-righteous idiot to pause for a moment. Whether they choose to acknowledge it or not, chances are, if your organization is serious in its commitment, these individuals will choose to leave on their own accord.

What's working for your company? What questions would you add to this list above? Drop me a line here. If you want to know how others companies have answered these questions download the first chapter of my book Why Women.

Jeffery Tobias Halter is the country's leading male expert on advancing women and engaging men. He is the President of YWomen, a strategic consulting company focused on engaging men in women's leadership issues. Jeffery is a TEDx speaker, Huffington Post Blogger and the author of two books, WHY WOMEN, The Leadership Imperative to Advancing Women and Engaging Men and Selling to Men, Selling to Women. Keep in touch @YWomen