When we speak of international women's rights, it's tempting to think of them as a destination -- a large, glittering city that we travel towards, hoping one day to arrive there and find that all has changed in our favor. The denizens of that city, we think, live in perfect harmony, and women and men stand equal in economic, social and political status. Yet like a desert mirage, the more steps we take towards that city, the further it seems to retreat from our view.

Things seem grim for women wherever you look. In the United Arab Emirate and Gulf countries, female domestic workers face systematic abuse from their employers. In Nigeria, the kidnapped schoolgirls of the Bring Back Our Girls case have yet to be returned, while Boko Haram continues to commit violence against girls and women with impunity. India reports that women with mental disabilities are locked up "like animals" in filthy institutions. Virginity tests and female genital mutilation are both widely practiced in Africa and the Middle East. In the United States, women are still afraid to speak out against sexual violence, and the nation's voters have elected a Republican government that seems intent on backpedalling women's reproductive rights.

It wasn't supposed to look like this in 2014, given our high hopes for women's education, empowerment and economic independence. Some, such as Liz Ford for the Guardian, say that there has been both pro-women laws and "attitudinal changes towards women" powering the global women's movement in the twenty years since two landmark international agreements on women's rights. These are the International Conference on Population and Development in Cairo, where 179 countries signed an agreement to take action in favor of women's empowerment, and the Fourth World Conference on Women in Beijing, where the international community committed to achieve gender equality. But today's picture, to feminists and their allies alike, is frightening and disheartening. So where have we gone wrong?

To understand the seeming erosion of women's rights in 2014, think of international women's rights not as a destination but as a shoreline that is visible when the tide is out, and becomes submerged when high tide comes in. Eras of peace and prosperity are times of low tide, when women's rights are prominent elements of a nation or region's progress towards development and modernity. Then, it's obvious to see how women have made advances in education and their careers, increasing their standing in society by claiming their rights and garnering the support of male allies in order to bring about both the legal and attitudinal changes.

"Think of women's rights not as a destination but as a shoreline that is visible when the tide is out and becomes submerged when high tide comes in."

The Scandinavian countries and northern Europe are examples of this phenomenon, where relatively stable societies with low corruption and high transparency have prospered, allowing issues of gender equality to come to the forefront in the national discourse. Eventually, after years of advocacy and deliberation, gender equality became part of the bedrock of those nations. Today, it's hard to see those nations regressing to times when women were not considered equal to men. The 2013 Global Gender Gap Report names Iceland, Finland, Norway and Sweden the top four countries on the list.

But when there is war, conflict and catastrophe in unstable nations that have yet to achieve economic prosperity, the tide comes in with the strength of a tsunami to drown out the precious advances that women have made in those countries. What we've seen in the last 20 years since Cairo and Beijing is that when countries fall into conflict, women's rights are often the first thing to go out the window. People in conflict react in a "circle the wagons" mindset, whereby men fight while women and children need to be protected. Women lose their status as adults, instead becoming bizarrely conflated with children in terms of the restrictions imposed on their movements and freedoms in the name of security.

There is no better example of this phenomenon than Afghanistan. Women had known freedom in the Afghanistan of the '60s and '70s, had attended university and held jobs. But then came the last theater of the Cold War fought by the U.S.S.R. and the United States, followed by the power vacuum after the defeat of the Soviet Union and the withdrawal of the U.S. The warlords and the Taliban fought to take control of the nation and, amid this turmoil, women and girls were practically confined to their houses, unable to go to work or school.

"When there is conflict in unstable nations, the tide comes in with the strength of a tsunami to drown out the precious advances women have made there."

Security was the reason given for this imprisonment of women, and it is true that women faced grave physical danger during the post-Afghan war period, enduring rape and murder at the hands of marauding factions fighting for power. But this state of affairs continued for thirty years, as the Taliban made women's virtual imprisonment and complete dependence on men a hallmark of their sadistic rule. Today the women of Afghanistan are struggling to recover from the Taliban's brutality. Their future will likely continue to be precarious after the U.S. withdraws yet again from the country in 2015.

It's easy to argue that the lack of women's rights in Afghanistan and elsewhere is linked to extremist Islam, considered a retrogressive mutation that casts women as unequal to men and enshrines inequality in religious rule. The deeper reality is that as conflict engulfed Afghanistan, that society reverted to its traditional notions of what men do, what women do and what men should do to protect women. And in all nations -- Islamic or otherwise -- where patriarchy is still predominant, men feel entitled to restrict women's freedom and to take away their hard-won rights, in the name of restoring order in society.

Look around the rest of the world to observe a similar pattern of women's rights in decline wherever there is conflict. The Arab Spring was meant to spark revolution throughout the Middle East. Women and men at first participated enthusiastically, believing that gender equality would become part of the manifesto of change throughout the region. But as countries, particularly Egypt and Libya, sank into a violent backlash, women's rights were the first to suffer. The military regime targeted women protestors and assaulted them horrifically, not just to subdue them, but to cow their male allies into abandoning them or worse, into turning on them and teaching them to know their place.

"People in conflict react in a 'circle the wagons' mindset, whereby men fight while women and children need to be protected."

Women's rights in Syria and Iraq tell a similar story. Syria has been broken into pieces, its women raped and murdered by the Assad regime as well as the factions fighting for dominance of the country. Iraq has been undergoing the same retrogressive transformation since the U.S. invaded in 2003; women in both countries have lost ground as the priority has shifted from peace and prosperity to the absolute primitivism of a war for survival. And the arrival of Da'esh, or Islamic State, in the region has sent the prospect of gender equality into its grave along with the men and women who have died resisting their rule.

All-out conflict doesn't have to occur for women's rights to be endangered, however. In my own country, Pakistan, we have been fighting the War on Terror for the last thirteen years, as its theater has shifted from Afghanistan and the tribal areas to infect the rest of the nation.

Conflict is not widespread, and most people in Pakistan manage to live normal lives. However, it has combined with other pressures -- economic and political instability at the forefront -- to create an atmosphere of tension for everybody. Pakistani women are now achieving unprecedented prominence on the world stage and are pushing for empowerment at home. Yet they face a backlash from men who want to cling to traditional patriarchy (using religion as justification) because it gives them a sense of security in insecure times.

"Patriarchy gives men a sense of security in insecure times."

Instead of focusing solely on fighting against poverty, disease, intolerance and discrimination, we fight for land, power and resources, at countless cost to millions of innocents. But women always seem to pay the heavier price for war. Feminists from countries in conflict have long observed that women's bodies are the ultimate battlegrounds on which nations fight wars of attrition. Societies in conflict find it easier to subjugate women, rather than to help them to resist gender-based violence and segregation. We cast this phenomenon as a general backlash against women's progress, but it's more accurate to describe it as a logical outcome of a war-torn world that continues to place women's rights as one of its lowest priorities.

Peace and the resolution of global and local conflicts will see a rise in gender equality; war and schism will always bring about its opposite. It's just that simple.

PHOTO GALLERY
23 Moments From 2014 Women Are Happy To Leave Behind
Download
Calling all HuffPost superfans!
Sign up for membership to become a founding member and help shape HuffPost's next chapter
Join HuffPost 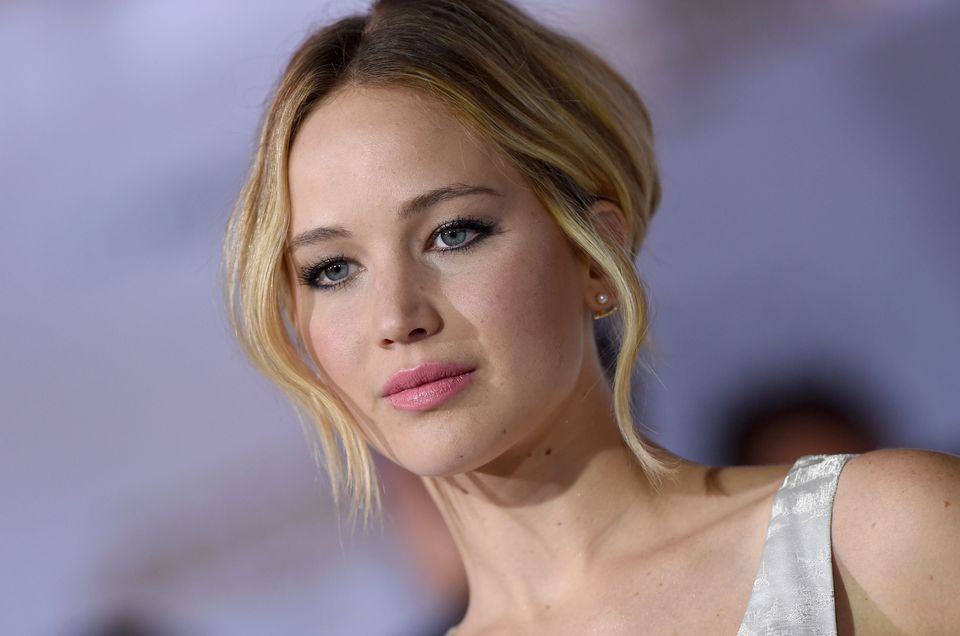