When my sister ended her maternity leave and started a new job, her direct superior asked on her first day whether she was planning to have another child. Her answer was yes. Unfortunately, it was also her last day in her new job.

I am glad to work for a company where such procedures and behaviors are unacceptable. I can still remember, when I was single, my worries about starting a family. I could not imagine how I would manage to bring up my children combined with a hectic professional life. Today, after having twice been on maternity leave, I know it is possible; unfortunately, as the case of my sister and a number of other women prove, not everywhere. 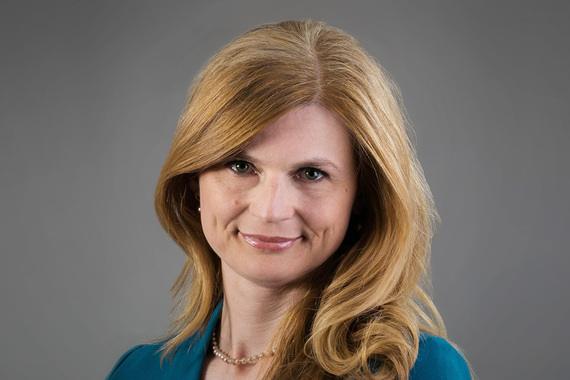 They say everything is about people, and the support for diversity is an excellent example of that. I am lucky to have a boss who understands how important the representation of women is for team dynamics and performance. I have never experienced any discrimination from him; instead, I have always felt strong support. It seems logical and natural. After all, few people would disagree that mixed teams, whether from the viewpoint of gender, race, age, or anything else, achieve better results.

Why, then, is the level of representation of women in bigger companies, especially in managerial positions, significantly lower than the representation of men? According to the non-profit organization Catalyst, women occupy the position of CEO in only 4.2% of the S&P 500 index companies. Women do not even occupy 15% of the top five positions in these companies. Similarly alarming statistics concerning the inequality of women can be found in politics and when examining remuneration.

When searching for the reasons for anything negative, it is always good to start with ourselves. More and more, I realize that women seem to have an inherent fear of failure. We often feel a greater fear of new challenges, such as work that we have never done before, or for which we believe our experience is insufficient in order to be able to perform to an acceptable level of quality. We often retreat and give up in advance instead of approaching a new challenge with the attitude: "What can I lose? What is the worst that can happen if it does not work out?" At such moments, we need to perceive and appreciate what we might gain if we succeed.

However, it is not only about us. Certainly discrimination, which might be unconscious, is sometimes present even in organizations such as Accenture, a global professional services company. Even though this company well understands the needs of women; demonstrated by the provision of flexible working time, home offices, and part-time jobs.

Sometimes, discrimination may stem from a good intention. For example, when a woman returning from maternity leave is given a simpler and less responsible role to enable her to work part-time and handle more frequent potential absences, as she is likely to have to stay at home with a sick child. In the end, though, such a choice can be counterproductive: If the work is not sufficiently interesting and does not correspond to the woman's abilities and ambitions, it can easily cease to be of interest, and she will quit. Isn't it better to give a capable employee the chance to adopt an adequate role and make a change if needed, rather than lose her?

If we want to provide women with equal chances and equal positions in companies, we need to give up some of our unconscious stereotypes. These are the prejudices and patterns of behavior, in both men and women, which are embedded in many of us without us realizing it. I am not saying that I object in principle, because I understand it is unconscious behavior. However, I have experienced an example of this behavior many times at the end of meetings or conference calls. I have become used to the fact that I am often the only woman in male company at these calls or meetings. When we agree on the next meeting or call, my colleagues automatically address me with the words: "Alena, you will send the invitation for the next call, won´t you?"

Even if we overcome these stereotypes, I know that women probably will never have an equal level of representation at senior positions, as a preference for family is the personal choice that many of us make. However, we should strive to ensure that in the future, more women are provided with better choices. In order to make this possible, it is necessary to not only have an open employer but also a receptive partner who understands that if we are equal at work, we also need to be equal at home.

If we work to change stereotypes (including women's own fears), and create flexible and open-minded workplaces, we may start to see significant progress.

Womenaccenture greater than
Go To Homepage