Five iL2L alum from five nations have been invited to give the youth report on the findings at the annual Women's Forum in France. This year's program's theme is competition, cooperation, and creativity. Delegates will look at open digital innovation and the role women uniquely play in this arena. The program also examines the digital effect on Europe and what the future holds. The following Gen Y report comes to you from the Women's Forum.

This blog is written by Victoria Lin, iL2L Global Ambassador from China.

As a young woman from China, where the government positions and the strongest CEO positions are almost completely dominated by men, this forum was a really amazing, almost surreal one for me, giving me examples of how the status of women has been elevated from secondary citizen to some of the most powerful movers and shakers of modern society.
It is undeniable that women have a different nature altogether than men; yes, we are predominantly homemakers, but we are also CEOs, and political leaders, and founders of NGOs, and even within our gender, we have differences.

I met most of my fellow young delegates in Deauville, France, the day before we were to attend the Woman's Forum. Many of the friends and acquaintances I made there -- whether young delegates or powerful advocates or entrepreneurs -- all were brought up through different ideologies and teachings. Although we've come from very different backgrounds, different political ideologies, different languages, different aspirations, we bonded together over a common goal. Even in the atmosphere of some of the most influential and ambitious women in the world, all of us can bond over one common goal -- that of full participation of women. What impressed me most is a woman's ability and willingness to listen and consider others' points of view, and our common quality of compassion.

Women's involvement in business and in leadership roles, and the full participation of women is essential for the betterment of society. This idea that women in influential positions will improve social, economical, and political situations, has been around since the beginning of the first calls for women's suffrage, decades prior to this day. However, today, in many nations across the world, people (men) unwilling to share power, even in the face of impending crisis, still dominate these positions. This idea of full equality was again restated in the Women's Forum 2013 this past week, by delegates from Africa, from the Americas, from Europe, from Oceania, and from Asia. It enthralled me to see selfless women, sponsored by Orange, work for their social causes as an effort to make a difference; to see powerful women rediscovering themselves in the discovery sessions and sharing ideas; to see business leaders discuss advancement, not only through healthy competition, but through cooperation.

As a young girl, I've been taught the historical ideologies of my country -- China, and there is in our nation, an extreme emphasis on cooperation in order for society to advance. As I grew, however, I have watched the five Chinese cities I lived in transform, freeway by freeway, sky scraper by sky scraper, and I realize the current capitalist ideology of the people, the extreme ceaseless competition is surely exhausting the country before my eyes. What we need is not the extreme unlimited economic and political freedom of competition, or the societal and environmental exhaustion caused by competition without moderation. What society needs is the cooperation of forces -- NGOs and private enterprises alike-- that trigger competition, and the continuous input of innovation. The only way to attain this efficiently is to increase leadership by women in all countries and all businesses. Forums like the Women's Forum for the Economy and Society, where women can meet and speak to other women they would have never met in their own countries, are the necessary aids to the creation of a better Global future for all people. 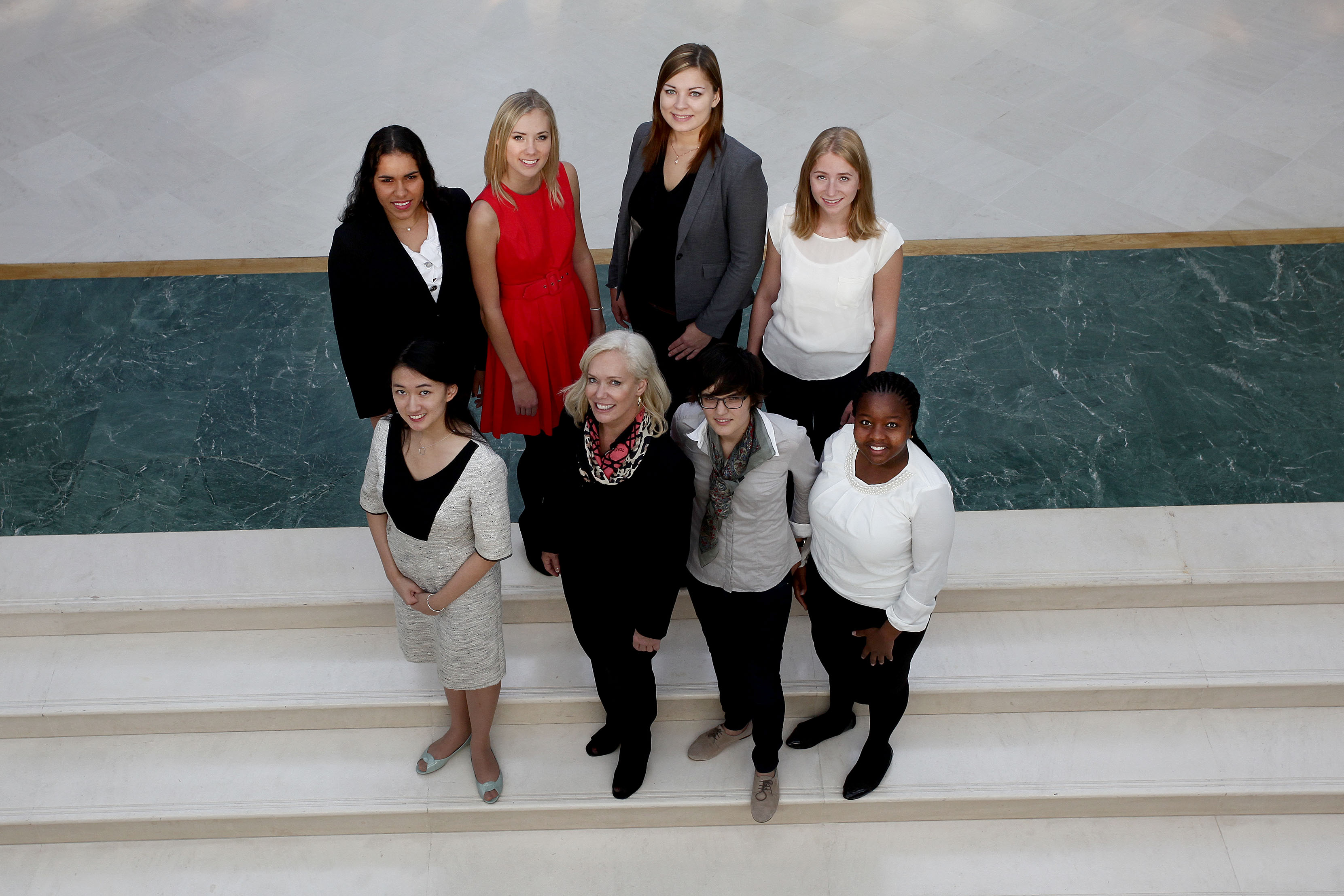 iLive2Lead is a youth leadership-training program based in Washington, D.C., that conducts training in various nations in each region of the world. iL2L brings the most exceptional young leaders together for International Leadership Summits and works with them to develop social initiatives which they lead back in their home nations, thus creating global examples of social responsibility and a ripple effect of impact worldwide.