According to the most recent Alzheimer's Association report called 2014 Facts and Figures, the fight against Alzheimer's disease (AD) isn't faring very well and women are taking the brunt of it. Yes, you read correctly! According to this report, women are at higher risk for developing AD and are thus at the epicenter of the Alzheimer's epidemic. 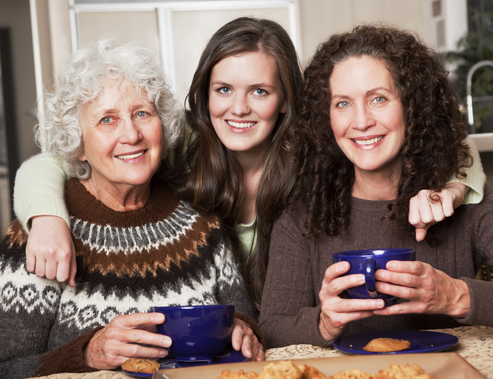 You may be aware of the sad statistics: At the moment about 5.4 million people are living with AD in the USA. Staggeringly, every 67 seconds someone in the United States develops Alzheimer's. And while it is officially our sixth-leading cause of death, and the fifth-leading cause for those aged 65 and older, emerging data reveals that deaths from Alzheimer's are actually under-reported because AD patients die of a complication from it, such as pneumonia for example, so the cause of death on the certificate is not listed as AD. Astonishingly, one in three seniors dies with AD or another dementia.

So where do women fit in? According to the most recent statistics, women are twice as likely as men to develop the condition in their 60s, making dementia as real a concern for women's health as breast cancer. Now, as revealed in an article by Fox News, researchers from Stanford University have clarified one reason why. In a new study published in another journal, The Annals of Neurology, researchers have found that that a specific gene variant called ApoE4 dramatically increases a women's risk for AD -- much more so than it does for men. Beyond genes, however, there are other possible causes as well: Women live longer and AD is a disease of aging.

Beyond that, women are caregivers for their husband, partner, or loved one living with AD and are thus at increased risk of developing exceedingly sickeningly high levels of stress, depression, other medical issues and, yes, even AD.

Here is the sad tale:
 In her 60's a woman's estimated lifetime risk for developing Alzheimer's is 1 in 6.
 For breast cancer, it's less; 1 in 11.
 Perhaps that's why almost two-thirds of Americans with Alzheimer's are women.
 Of the 5 million people aged 65 and older with Alzheimer's in America, 3.2 million are women and 1.8 or so are men.
 More than 60 percent of Alzheimer's and dementia caregivers are women.
 There are 2.5 times more woman than men providing intensive on duty care 24 hours a day for a loved one living with Alzheimer's.

Finally, as we baby boomers age, the number of people expected to get Alzheimer's in the coming years is staggeringly predicted to skyrocket from the current 5.4 million to as many as 16 million by 2050.

But there is good news. Women and men, too, can maintain their brain power by following the Four Pillar Program of The Alzheimer's Research and Prevention Foundation (ARPF). This research proven program is so effective because it rejuvenates your brain now and also goes a long way toward decreasing your risk of developing AD later.

The ARPF's Four Pillars of Prevention are your best bet to build a sharp brain and prevent AD. They include:

1. A plant based diet and certain supplements
2. Yoga and meditation to defeat the mind numbing effects of stress overload
3. Physical and mental exercise to spark your brain power
4. The creation of psychological and spiritual well-being.

You can discover all the most modern, up-to-date research on how our four pillars are the real AD prevention medicine for women and men. Simply go here.

Or view all our latest research on a simple 12-minute yoga meditation called Kirtan Kriya (KK) that has been proven to improve brain fitness, create an anti-aging effect at the level of your genes, and soothe caregiver stress and depression.

I urge you to follow this AD prevention prescription. Your family, your loved ones, and you will be thrilled now and in the years ahead.

Let's do all we can to end the tragedy of Alzheimer's and lower the risk of AD for women and men.

Yours in Alzheimer's Prevention,

More:
yogahealthy livingmemory losslifestyleHealth
Newsletter Sign Up
The essential guide to taking care of your mind and body
Subscribe to HuffPost’s wellness email
Successfully Subscribed!
Wellness delivered to your inbox