Some of the national leaders for the Women’s March on Washington and the “A Day Without A Woman” strike were arrested outside Trump International Hotel in NYC on Wednesday.

The Day Without A Woman gathering began on the southeast corner of Central Park at noon. Around 1 p.m., according to Patch, a few hundred protestors marched across town to the Trump International Hotel, intending to attempt to form a human chain around the property. According to Isaac Saul, a reporter at A Plus who was there, NYPD arrived shortly after protesters did, and gave warnings to all to keep off the street.

Saul told HuffPost that the NYPD told everyone at the rally that “anyone who did not keep off the street would be arrested for disorderly conduct.”

“Organizers urged participants who were not willfully participating in civil disobedience to leave,” Saul told us.

Saul said that half of the crowd did leave at that point, but Linda Sarsour did not. Sarsour is a prominent Muslim American activist and co-chair of the Women’s March on Washington.

She, along with 12 others, including fellow Women’s March co-chairs Tamika Mallory, Carmen Perez and Bob Bland were arrested.

“[The NYPD] put [Sarsour] in a paddy wagon and protestors surrounded it, singing and chanting for her release,” said Saul.

The van @lsarsour was put in now surrounded by supporters and press chanting for her release. pic.twitter.com/OpCtcbMYba

The Women’s March organizers put out a statement through PR firm Sunshine Sachs, confirming the arrests: “After a peaceful protest in New York City in honor of A Day Without a Woman, 10 organizers were arrested by the New York City Police Department in an act of civil disobedience.”

The NYPD later confirmed that 13 demonstrators had been arrested.

Images and videos have already cropped up on social media of Sarsour and company being arrested.

The Women’s March Twitter account continues to send updates regarding the organizers’ arrests, including the precinct where the women were taken:

UPDATE: Meet us at 7th precinct (19 1/2 Pitt St) in Manhattan to show solidarity with our sisters who were arrested today. #DayWithoutAWoman

Many of our national organizers have been arrested in an act of civil disobedience. We will not be silent. #DayWithoutAWoman

We are not sure what precinct we are being taken to at the moment. But we are together, reSisters. #DayWithoutAWoman pic.twitter.com/r10WBikdl8

All 13 demonstrators were released by police, one by one, later in the evening.

“I got arrested with some of the strongest women that represent the best that New York City has to offer,” Sarsour said. “I feel empowered, I feel proud of what I did today and I’ve done this many times before. ... I hope it sends a message to people that you’ve got to risk it, you’ve got to be bold in this moment.”

We've all been released. Thank you for all your support. #DayWithoutAWoman

This piece has been updated. 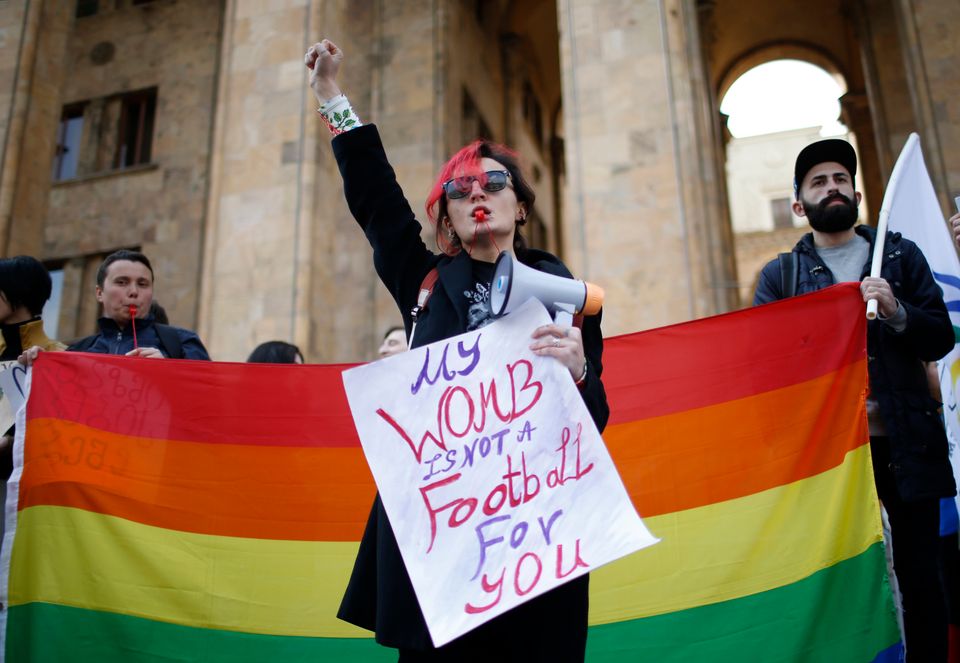