We've always known that Wonder Woman is a serious badass. She manages to display killer fighting moves while wearing the most impractical outfit ever. She graced the first cover of Ms. Magazine. She was even the subject of a March documentary. And if a comic floating around Reddit is any indication, she also knows how to set a man straight. (See below.)

The graphic depicts Wonder Woman in battle with the Green Lantern. "You've been dying for this, haven't you?" he says. "This isn't giving me any pleasure," she responds. "But I'm sure you've heard that before." Burn. 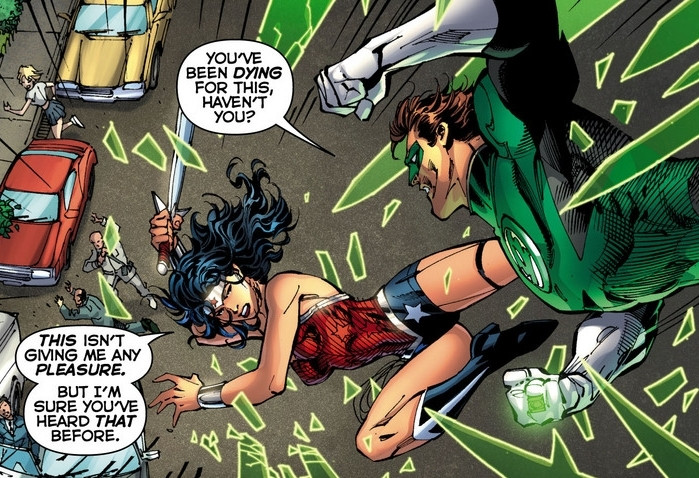 Wonder Woman isn't the only fictional female superhero we've seen stand up for herself. An incredible PSA featuring Batgirl resurfaced in June, around the 49th anniversary of the 1963 Equal Pay Act. The spot features Batgirl standing up to Batman and Robin and asserting her right to equal pay for equal work. "I've worked for a long time, and I'm paid less than Robin!" Batgirl exclaims, indignantly. "Same job, same employer means equal pay for men and women!"