Great Hera! Wonder Woman is getting an extreme makeover for her DC Comics 600th issue, the New York Times reports. She'll be swapping her blue-and-white-star hot pants for leggings and adding a midnight blue jacket to the ensemble.

Writer J. Michael Straczynski explained, "She's been locked into pretty much the exact same outfit since her debut in 1941. If you're going to make a statement about bringing Wonder Woman into the 21st century, you need to be bold and you need to make it visual. I wanted to toughen her up, and give her a modern sensibility." The new costume was created by artist Jim Lee.

Check out Wonder Woman's old gear on the left and her updated ensemble on the right: 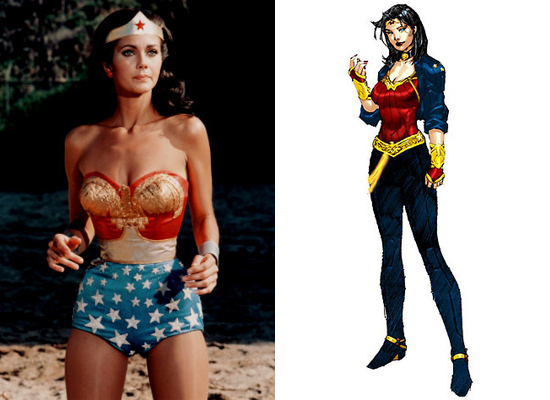