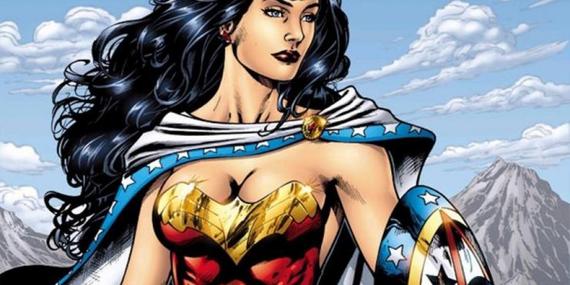 In 1941, the DC Comics character Wonder Woman was born. Created by psychologist and inventor William Moulton Marston, Wonder Woman became the world's first comic book super heroine, and a positive role model for millions. The picture attached is drawn from artwork for the upcoming movie, BATMAN vs. SUPERMAN, which reportedly will feature Wonder Woman.

In the fields of medical research and patient advocacy, modern-day "wonder women" are not hard to find.

But the evils they face are not comic at all.

"Huntington's disease is a devastating degenerative brain disease...that inevitably leads to death. It has a 50% chance of being inherited by the children of the parents. Symptoms ...include uncontrolled movements, difficulties in ...holding down a job, and severe psychiatric manifestations.

In 1989, Hector Portillo was struck down and killed by a car. He was crossing a street, awkwardly; one of the symptoms of Huntington's disease is chorea, an uncontrollable dance-like motion contorting the limbs.

His mind had also been affected by the disease.

"When the father of my children became symptomatic with Huntington's, the man we knew disappeared... what was left was a mere semblance of the loving person we adored. My children, Margie, Michael and Marie, loved their father but became afraid of him, not knowing when he was going to react violently."--Frances D. Saldana, personal communication.

Worse was to come: HD symptoms began to show in two of Saldana's children: Marie and Margie; son Michael did not seem to have the condition.

Although she had no medical background, Ms. Saldana chose to fight back.

But how? In 1995, "there was really nothing available in Orange County, California for Huntington's disease (HD) families," she said in a personal interview.

She got a job at the University of California at Irvine, (UCI) a top-flight center for studying HD. She worked there all day at her regular job, and used her spare time to contact anyone who might help in the fight.

Among the scientists she met was neuroscientist Dr. Leslie Thompson. 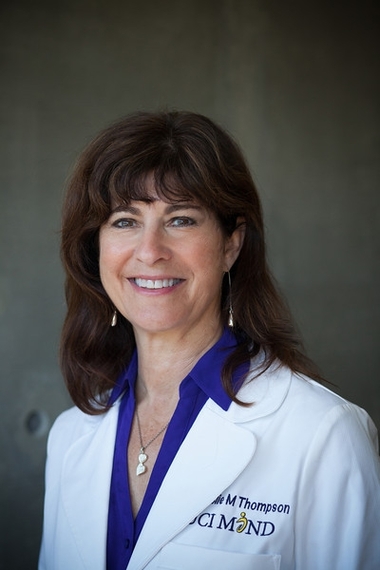 A twenty-five year veteran of the battle against Huntington's, Dr. Thompson had been part of the worldwide effort to find the cause of the disease. She worked with a team of scientists and clinicians under the leadership of the great Dr. Nancy Wexler, whose mother died of the disease, and whose family started the influential Hereditary Disease Foundation.

Wexler's team went to South America to work on a scientific mystery--there was an unusual number of families afflicted by Huntington's around Lake Maracaibo in Venezuela--why? Could the researchers find families to determine the genetic cause of the disease? Were there environmental or dietary contributions? What caused the disease?

It took twenty years to find out: 4,000 blood samples, and interviews and documentation from 18,000 individuals. But they found the connection: a gene: the Huntington's Disease gene.

But even the most spectacular discoveries depend on funding; without it, there can be no research, no cures, no hope.

Philanthropic groups like the Huntington's Disease Foundation and the Huntington's Disease Society of America, as well as the National Institutes of Health and the California stem cell agency, raised funds at crucial moments. Frances and her friend Linda Pimental, whose family also suffered from Huntington's, "co-founded HD CARE to raise awareness and funds forUC Irvine research and clinical care..."

In grants large and small, the funding came in, and the research continued.

But not fast enough. Marie and Margie, Frances's daughters, both died of the disease. But she still had hopes for her son.

And then, on the day when widowed Frances was to marry again, when she and her new husband were actually in the church and walking down the aisle--son Michael tripped and fell, revealing the symptoms. Today, he is institutionalized. 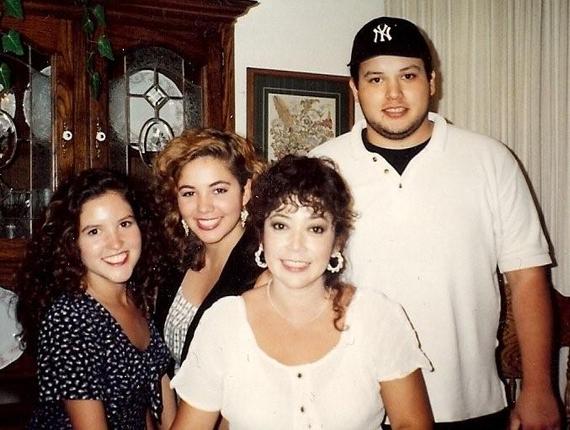 With so many blows, it would have been natural for Frances to just give up.

But she would not quit. She is still raising funds for science to defeat this miserable disease, so others would not have to go through what her family endured.

And her friend Dr. Leslie Thompson?

I looked up Dr. Thompson's grants at the California stem cell program. One was for an hESC (human embryonic stem cell)-based Development Candidate for Huntington's Disease. It was funded at $4,045,253. Four million dollars... but what was its status? Had it failed, was it closed? A split-second crisis. I held my breath, located its status, and read--ACTIVE.

"Human embryonic stem cells (hESCs) offer a possible long-term treatment approach that could relieve the tremendous suffering experienced by patients and their families.

"The team (turned) hESCs into (nerve) precursors to be used for transplantation... They (are determining) the correct cells to use.... The cell giving the greatest protective benefit will be transplanted into mice (to pave the way) for human use..."

"Everything has to work down to the smallest detail," said Dr. Thompson later, "At first, we did not even know which cells to work with...It took years to figure out. Much of what we now know is thanks to the incredible body of knowledge brought about by CIRM."

What happens next? What are the prospects for cure?

"We continue the mouse work. If that goes well, then we talk to the FDA about human trials.

"There is tremendous hope at the research level. We are understanding much more about what makes the toxic protein accumulate in HD brain cells and how we might reduce it. The work on stem cells - both to study the disease and for the transplants-- is showing great promise."
--Leslie Thompson, personal communication.

If you visit Dr. Leslie Thompson's office today, on her desk you will see a framed picture of the Saldaña family, a silent reminder of why the fight goes on.

"Frances is a tireless promoter of HD research and care and her enthusiasm is infectious," Dr. Leslie Thompson told UCI News, "Her impact is profound."

If I had my way, on each of their desks would be a sign, reading:

Don C. Reed is the author of the forthcoming book, STEM CELL BATTLES: Proposition 71 and Beyond: How Ordinary People can Fight Back Against Chronic Disease, from World Scientific Publishing, Inc.