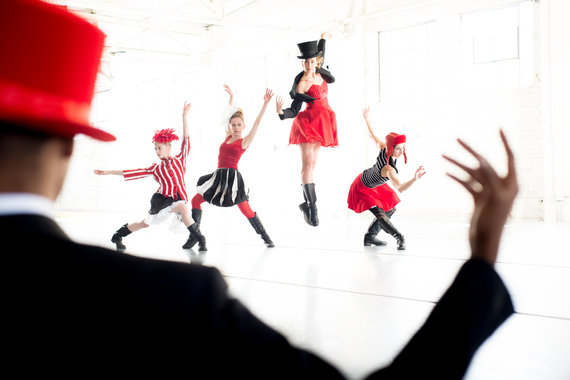 The magic of autumn burns golden in its fiery leaves, reflecting on Denver's cultural scene as it springs back to life. While the rest of us spent the summer at the beach and the ballpark, Denver's creative community has been crafting its 2013-14 offerings. A highlight for me is the launch of Wonderbound's inaugural season, as it leaps to life with a new work called A Gothic Folktale. The magic in Artistic director Garrett Ammon's choreography is often born in collaboration with other carefully selected artists -- this time Denver musician Jesse Manley and mentalist Professor Phelyx are the lucky partners in the sublime. The effect is more than just magical, with its haunting strains and evocative story, the show is mysterious, engaging and even soothing as you lilt away to another time and place. The Wonderbound website vows to invert my reality: it was definitely twisted at the Sunday show.

I ambled downtown to the Junction Box to check out the space, witness the alchemy and have a chat with the wizard himself. The doors wide open policy at this vibrant new studio is perhaps the defining quality of the Wonderbound company. Walkers, wanderers and wayfarers are welcome to watch as Garrett and his lithesome dancers spread their joy, leaping tirelessly from repetition to repetition, stretching for perfection. Rush hour traffic idles, a homeless neighbor stops mid-shuffle and sways dreamily to the music. It's all part of the soundtrack of community.
This year's recipient of the Arts Innovation Award from the Denver Mayor's Award for Excellence in Arts and Culture, Ammon sat down with me post-rehearsal to talk tutu. (I love when he does that). 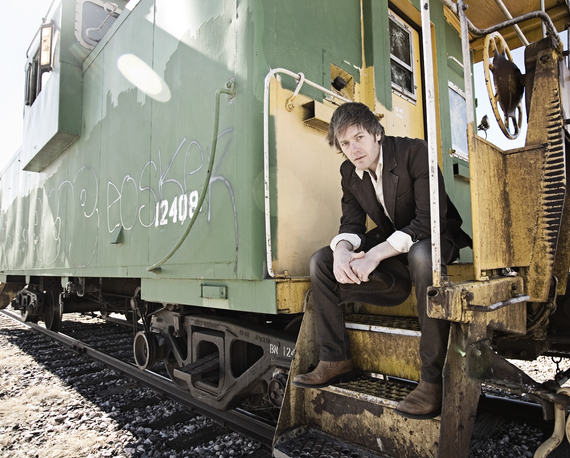 So, Innovator... about this award.

Oh my god, it's humbling. I mean, I've had so many opportunities to meet and work with some amazing people. I'm just a part of something much bigger.

No false modesty here, when Garrett speaks his authenticity draws you into his world. His vision is keen, his voice is clear and the feeling is that of an artist at peace with passion.

Being a Realtor, I have to ask. How have things changed in the new space?

Oh, completely, it truly fits our identity; the sense of urgency that urbanism creates, it expands on our relationship with our audience, and the need to make dance accessible.

Denver really responds to you, like you're our dance company. Why do you think that is?

Hmmn. That's nice. I think part of it is about how your art engages the world, your personal world and the larger. So dance, movement, exists in relationship to space, to humanity, but it also pushes the internals. I feel really connected, not just to the concept of connectedness, but to the energy of that union which exists in community. It's like you embrace it, and--

So the Arts Innovation Award is kinda like the city hugging you back.

It feels that way, yes.

Why do you think you've succeeded in creating this kind of intimate relationship with Denver?

(A long pause.) Because we're not afraid to fail. Because we work really, really hard. And because at the end of the day, we want the same thing as everyone else in this city: to be fulfilled, to do something we're passionate about, to be able to make a living doing what we love.

He looks out the open door at the river of cars.

Isn't that what we all want?

What do you want?

I want to keep pushing myself, of course. I don't want to do the same thing because it's that thing, so there's that part. If I can build and sustain this company so that its members can live, you know, buy a house and really make this a career, that would be a great success.

I love that. Especially the "buying a house" part.

I took my 14-year-old son to A Gothic Folktale and he was transfixed. At intermission we were discussing the performance, elements of dance, the music and illusion, and then he pops out with my favorite observation. He looked at the audience that Wonderbound brings together -- an artsy mix of ages and styles -- and says, "Mom, this is the most interesting looking group of people to see in one room. It's like they all have a really good secret in life." Which they do.

The Mayors Awards for Excellence in Arts and Culture will be presented to the recipients on November 14 from 6:30 to 8 p.m. at the Studio Loft. The event is free and open to the public.

And don't miss A Gothic Folktale, which runs one more weekend, October 26 and 27, at the Parker Arts and Cultural Center. More information and tickets are available on the PACE website or at Wonderbound.com.