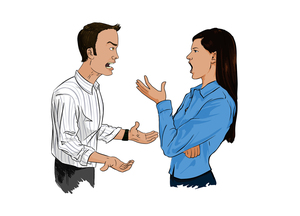 Most Americans know what litigation is even though the majority have likely never been involved in a lawsuit, other than perhaps in small claims court. Many have heard of mediation and arbitration and alternative dispute resolution, but few likely know exactly what they are and how they differ. I will explain the differences in this article. If you're interested in litigation and how our justice system operates, read more about it in an article I posted some time ago, "In Our Courts 'Justice' Is Bought."

Alternative Dispute Resolution (ADR) is basically any procedure for settling disputes by means other than litigation. Arbitration and Mediation are two types of ADR -- although not the only two. There are also different forms of arbitration, such as Baseball Arbitration, and different forms of mediation. The end-game of mediation, arbitration and most litigation is the same, that is, to arrive at a resolution to a dispute.

Mediation is an informal process where an impartial third-party, the mediator, helps the disputing parties find a mutually satisfactory solution to their issue. The mediator guides the parties toward a mutually agreeable settlement by helping them clarify their underlying interests and concerns, and encouraging compromise and trade-offs based on the relative importance of each item to each party.

Mediators cannot impose a resolution upon the parties since they are not able to make legally binding decisions. Any settlement reached, if in fact one is reached, is simply an agreement signed by the parties just like any other contract. The settlement does not have the same legal force as an Award which results from arbitration.

Mediation is usually well-suited to disputing parties who still have a somewhat amicable relationship, who are still able to negotiate, and who do not want a third-party to make final decisions.

Arbitration is a procedure whereby two or more parties agree to have an unbiased, neutral, third-party (or third-parties) act as judge and jury to resolve their dispute for them in private -- outside of the public judicial system.

It is a much-simplified version of a trial involving less complicated rules and procedures. Arbitrators have more flexibility than court judges to decide how the arbitration should proceed and what weight to give evidence. The parties typically agree to abide by a particular arbitral institution's existing rules -- such as those used by eQuibbly or the American Arbitration Association or JAMS. After giving the parties the opportunity to present their side of the story and to present any relevant documents or other evidence, the arbitrator decides who wins the case and what the resolution will be.

If the parties agree in advance to "binding arbitration," the decision of the arbitrators, called an Award, is enforceable in a court of law if the losing party does not comply with the terms of the Award. Binding arbitration is more comparable to litigation than is mediation. One important distinction between arbitration and litigation is that the former offers very limited rights of appeal after an Award is made by the arbitrator.

Many contracts, including many consumer contracts like cellular service contracts and credit card agreements, have a clause that requires disputes arising from that contract be resolved by binding arbitration rather than litigation. This helps companies keep their costs down and keep their disputes private.