Police think this shoplifting suspect might be getting ahead of herself. But so far, neither she nor her accomplice have been caught. 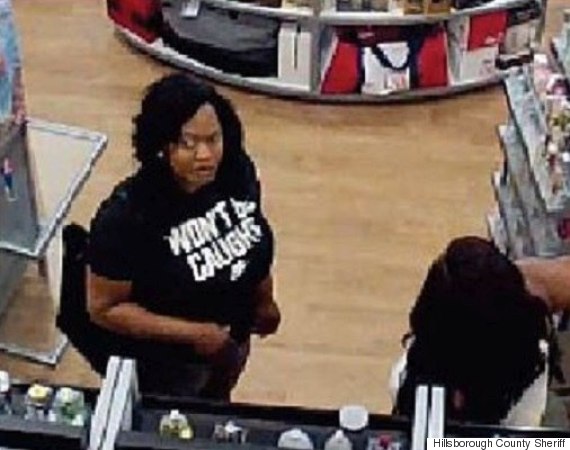 Security cameras at a Florida shopping mall caught the moment a pair of suspected shoplifters allegedly walked out of the store with $1,478 in stolen goods. One of the women's shirts has the words "Won't Be Caught" printed in block letters on the front. 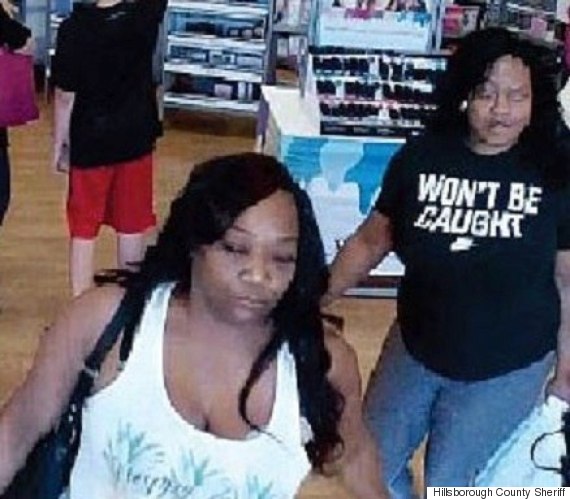 Hillsborough County deputies say the women entered Ulta Beauty Supply in Citrus Park around 3:45 p.m. on March 15 with a bag concealed in one of their purses. Once inside, they pulled out the bag, loaded it up with perfume and cologne, then left, driving away in a bright blue Hyundai. Fox Tampa Bay reports that they made off with expensive designer brands such as Chanel, Polo, Mont Blanc, Yves Saint Laurent and Michael Kors.

Police are are asking the public to help identify the suspects. 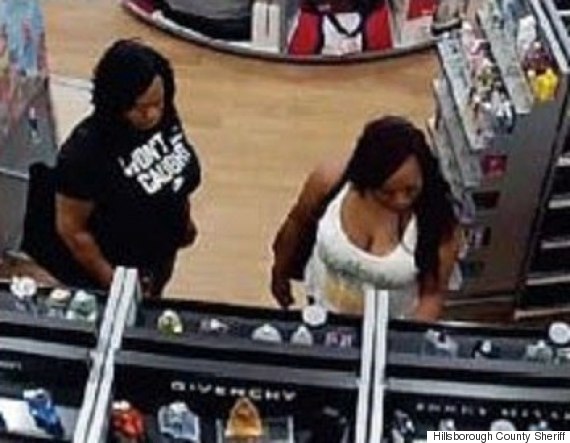 From the Tampa Bay Tribune: