Move over, Kim Kardashian. Poverty is ready for its close-up.

In a provocative campaign that pokes fun at our culture's obsession with celebrities, WoodGreen Community Services in Canada places struggling single mothers on the covers of glossy magazine mock-ups. The standard tabloid teases are replaced with headlines such as "Tanya Tries To Avoid Eviction" and "25 Things She Can't Afford."

But the best skewering is aimed at TV's gossip shows. A spot-on parody (watch above) makes the same women the subjects of two chirping hosts. No reality stars or spoiled singers in this segment.

"What if we cared about those living in poverty as much as we care about celebrities?" the organization asks. At the end of the clip, viewers can click to hear the real stories of five single mothers.

While the ads premiered earlier this year, they're still having an effect. The posters remain at some Toronto bus and subway stops, WoodGreen CEO Brian Smith told The Huffington Post. He noted that the campaign was mentioned Wednesday in a meeting with housing advocates, who said it had raised awareness. Smith says he believes the momentum will carry over into a key housing conference in November.

"We've had a huge response," he said.

The "WoodGreen Homeward Bound" campaign was conceived by DDB Toronto, which Smith praised for its tongue-in-cheek approach.

See some of the magazine mock-ups, below: 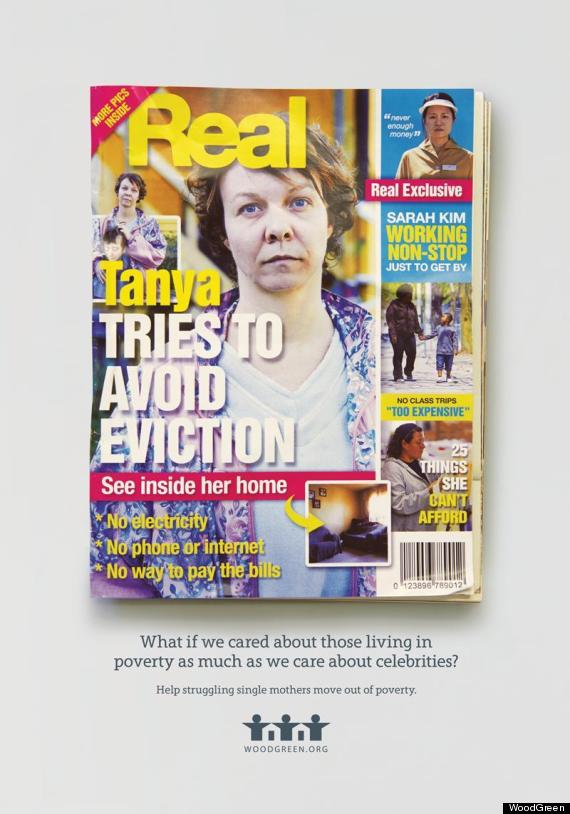 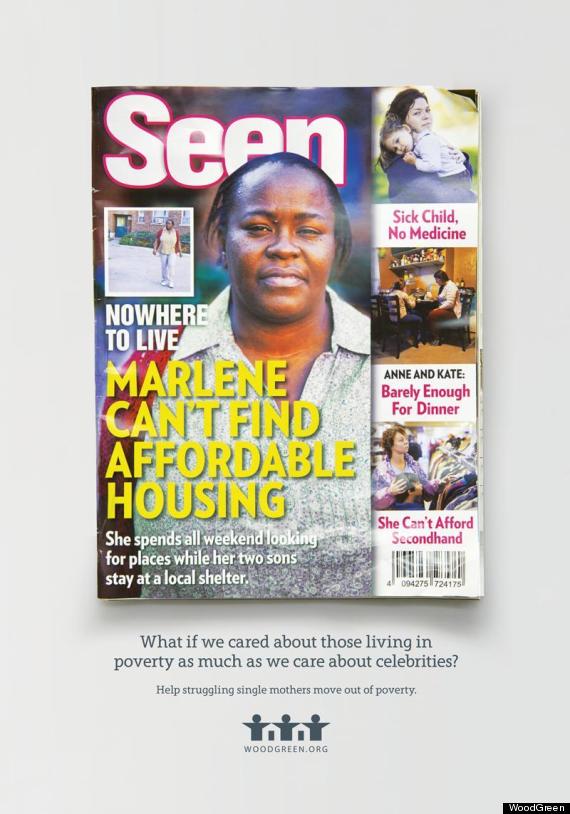