Protesters fighting to keep a mental health clinic on Chicago's South Side open threatened early Tuesday to bring their battle to Mayor Rahm Emanuel's Ravenswood front doorstep after police broke up their encampment outside the Woodlawn Mental Health Center earlier in the evening.

CBS Chicago reports that some 20 police vehicles arrived at the clinic just after midnight Tuesday and informed protesters that they had one hour to remove the tent city they'd built in an empty lot located in front of the center. A two-hour standoff ensued and, though no arrests took place, police did confiscate some of the protesters' tents.

Despite the police interventions, protesters with the Mental Health Movement and Southside Together Organizing for Power (STOP) Chicago said in a statement that they plan to maintain "a 24-hour presence" at the clinic "until their demands, including that city clinics remain open, public and fully funded are met." And a protest at Emanuel's North Side home is reportedly in the works.

"We are not going to be turned around," Linda Hatcher, one of 23 protesters and a Woodlawn patient arrested at an early Friday protest at the clinic, said in a statement. "This is a question of life and death for us and we will not give up the fight."

The center is one of six of the mental health clinics the city has slated for closure in the budget penned by the mayor and approved unanimously by the City Council last fall. Two of those facilities have already closed, while the city is planning to close the Woodlawn clinic and three other facilities by the end of the month as part of a consolidation plan the city says will save some $3 million.

Thursday evening, protesters arrived at the clinic and barricaded themselves inside the center with steel piping and quick-dry cement. Around 12:30 a.m. Friday, police entered the building, using chainsaws and bolt cutters to break through the barricades and shut down the sit-in. Eleven of the 23 protesters arrested at the demonstration were released without charges.

(Scroll down to view photos from last week's protest.)

On Monday, activists protested outside a meeting of the Chicago Mental Helath Advisory Board, according to NBC Chicago. The group claims that the city is not listening to their argument that the clinic consolidations will not only cost the city more money in the long run, but also seriously threatens the health of those who rely on the facilities for the services they need.

"The city is clearly using its resources well to take away our tents, but we’re not going anywhere. We have folks who are really fighting for their lives. These clinics are about people’s lives," Sophia Kortchmar of the Mental Health Movement told CBS.

The city maintains that community mental health providers have been preparing to accommodate displaced patients, and insist that all current clients will be seamlessly transitioned to new care centers. The city also claims that patients' service will be improved by the consolidations.

"All who depend on the city for services will continue to have access to quality care and with these reforms, the city is expanding access to mental health services and increasing support for the uninsured," Dr. Bechara Choucair, Commissioner Chicago Department of Public Health, said in a statement.

But protesters contend that the consolidations have already negatively impacted the health of those who depend on the city's mental health clinics. N'dana Carter, a protester, told ABC Chicago that since the closing of two of the facilities, two people were hospitalized for psych breaks in the midst of their transition to alternative clinics.

Responding to that claim, Choucair told NBC that such incidents are taken seriously and investigated.

In January, mental health advocates released a report detailing the "hidden costs" of consolidating the city's 12 clinics into six, a move they say disproportionately affects minorities. In the report, the Mental Health Movement points out that the closures will transfer at least 1,100 Medicaid patients to private providers, "effectively giving away federal reimbursement for these services." 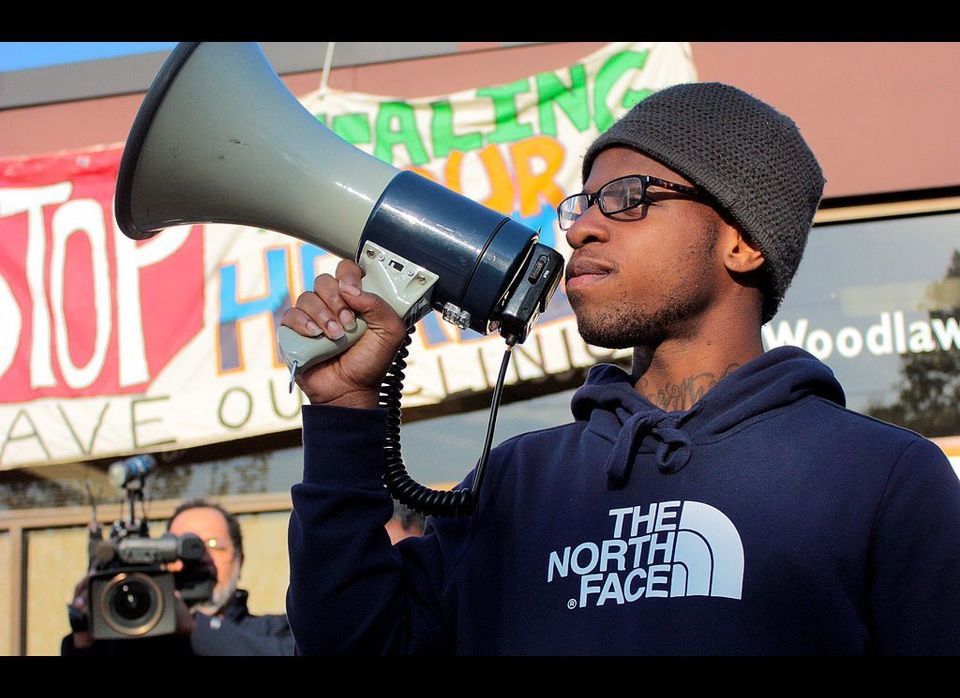