Scientists are going gaga over the recent discovery of a baby woolly rhino.

The pristine specimen of the tiny extinct rhino--the only one of its type ever found--was discovered in permafrost along the bank of a stream in Siberia's Sakha Republic, The Siberian Times reported.

"At first we thought it was a reindeer's carcass, but after it thawed and fell down we saw a horn on its upper jaw and realized it must be a rhino," Alexander 'Sasha' Banderov, the hunter who made the discovery, told the Times. "The part of the carcass that stuck out of the ice was eaten by wild animals, but the rest of it was inside the permafrost and preserved well." 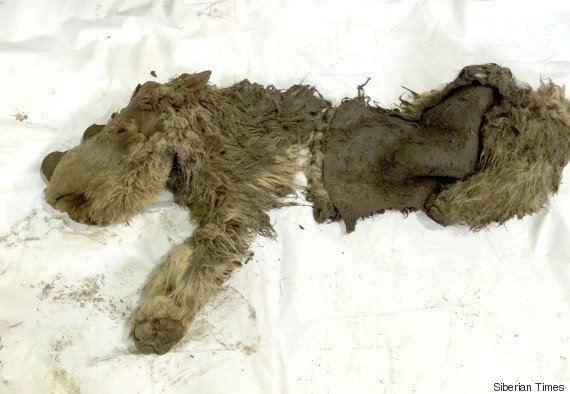 Scientists estimate that the rhino--which has been dubbed Sasha--was 18 months old when it died some 10,000 years ago, according to the Times. The specimen includes the animal's wool, an ear, an eye, nostrils, and skull and mouth.

"We are hoping Sasha the rhino will give us a lot of answers to questions of how they grew and developed, what conditions they lived in, and which of the modern day animals is the closest to them," Albert Protopopov, head of the Mammoth Fauna Department at the Academy of Sciences in Sakha Republic, told the Times. "We will concentrate on the DNA, because the carcass was kept frozen and chances are high we will get a better preserved DNA. We are hoping to report first results in a week or two."