Most times we purchase art postcards, we are purchasing copies of famous works from overpriced museum shops. But there was a time when postcards were 'objets d'art' themselves.

Churner and Churner Gallery is revisiting the unorthodox art business of Wooster Enterprises, a conceptual stationary company from the 1970s, in an upcoming exhibition. The stationary studio was founded in 1976 by Soho artists Jaime Davidovich and Judith Henry in association with the Fluxus movement, which sought to expand the possibilities of what (and where) art could be.

While the spirit of Pop Art sought to bring low culture to the arena of fine art, Wooster Enterprises sought to do just the opposite, incorporating the visual cues of conceptual art into a marketable and affordable product. Black-and-white photographs with simple messages left the privileged museum zone and entered the democratic flow of department and novelty stores. Circumventing the gallery and the museum, Wooster Enterprises shed the longstanding relationship between art object and unattainable monetary value. Conflating performance installation and capitalist venture, Wooster used the most unartistic of establishments to expand art's possible habitats.

The unprecedented experiment served as an omen of things to come, with the current rise of artists sidestepping the gallery in favor of digital archives to reach out directly to the consumer. The line that the Wooster Enterprise playfully stepped over has now almost completely faded away, with websites like Etsy and Artspace offering art as consumer good without any wink whatsoever. The exhibition honoring Wooster's influence on the changing direction of art consumption not only depicts the collective's role in art history, it features the product line itself.

See a slideshow of the work on view below: 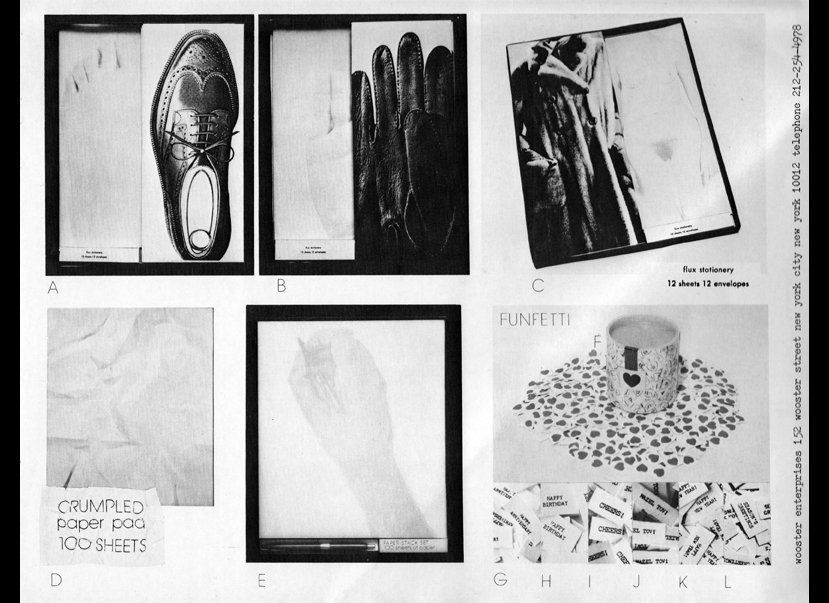