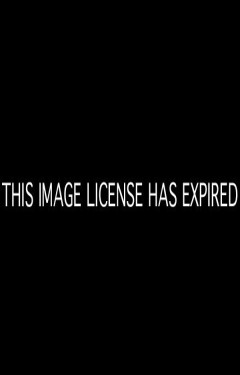 The often belabored pronunciation of Worcestershire sauce frequently overshadows the more amazing things about it -- for one, the amount of ingredients and flavors packed into that little bottle. The question that's been in our heads recently? "Who on earth came up with this stuff?"

The answer is (sort of): Lea & Perrins, makers of what is probably the most popular brand of Worcestershire sauce on the market today. The legend goes like this: a nobleman returned from a Bengali holiday with an insatiable thirst for the spices of India. On his return to England, he hired two chemists, John Lea and William Perrins to recreate a recipe he'd acquired while abroad. According to the Lea & Perrins website:

Lea and Perrins were not impressed with their initial results. The pair found the taste unpalatable, and simply left the jars in their cellar to gather dust. A few years later, they stumbled across them and decided to taste the contents again. To their delight, the aging process had turned it into a delicious, savory sauce.

So, why is it called Worcestershire sauce? Because that first batch was bottled in Worcester at Lea & Perrins pharmacy.

What's really in this stuff? Magic? Turns out, the list is all relatively tame, the magic is only in how the ingredients combine and age: Distilled White Vinegar, Molasses, Water, Sugar, Onions, Anchovies, Salt, Garlic, Cloves, Tamarind Extract, Natural Flavorings and Chili Pepper Extract.

We'd personally like to thank these two chemists for their contributions to our Bloody Marys, Welsh Rarebits and endless marinades.

Now there's only one question left. How do you say it?