The following is an excerpt from "The Etymologicon" [Berkley Trade, $16.00] by Mark Forsyth:

There’s a myth that the word crap was coined for the sake of Thomas Crapper, the inventor of the flushing lavatory.

There’s also a myth that the word crap was not coined for Thomas Crapper. It actually depends on where you come from, and if that sounds odd, it’s because crap is a sticky subject. Luckily, I have, as it were, immersed myself in it.

The first mistake that must be wiped away is that Thomas Crapper (1836–1910) was the inventor of the lavatory. He wasn’t. The first flushing lavatory was invented by the Elizabethan poet Sir John Harington (who was quoted a couple of pages ago on the subject of treason).

Sir John installed his invention in his manor at Kelston, Somerset, where it’s said that it was used by Queen Elizabeth herself. Harington was so pleased with the device that he wrote a book on the subject called "A New Discourse Upon a Stale Subject: The Metamorphosis of Ajax". Ajax gets in there because in Elizabethan times the slang word for a privy was a jakes.

A whiff of the book ’s style and of the previous state of English crapping can be gained from the following extract:

For when I found not onely in mine own poore confused cottage, but even in the goodliest and statliest pallaces of this realm, notwithstanding all our provisions of vaults, of sluces, of grates, of paines of poore folkes in sweeping and scouring, yet still this same whorson sawcie stinke, though he were commanded on paine of death not to come within the gates, yet would spite of our noses, even when we would gladliest have spared his company... Now because the most unavoidable of all these things that keep such a stinking stirre, or such a stinke when they be stirred, is urine and ordure, that which we all carie about us (a good speculation to make us remember what we are and whither we must) therefore as I sayd before, many have devised remedies for this in times past... but yet (as the ape does his young ones) I thinke mine the properest of them all.

Americans like to talk about going to the john, and it has been suggested that this is in memory of John Harington. Unfortunately that’s unlikely, as john in the lavatorial sense didn’t appear until more than a hundred years after Harington’s death. However, it is likely that john was an alteration of jake. Or perhaps we just like giving boys’ names to the smelliest room in the house.

Harington’s invention didn’t catch on. Unless there are sewers and running water, a flushing lavatory is never really going to be viable for the mass market. It’s like having an electric lamp without mains electricity, or skis without snow.
Sewers and running water arrived in Britain in the mid-nineteenth century, and what we generally think of as a lavatory was patented by Edward Jennings in 1852.

So who was Crapper? Thomas Crapper was born in Yorkshire in 1836. In 1853, a year after Jennings’ patent, he came to London to start an apprenticeship as a plumber. He was jolly good at plumbing, and the 1850s were the golden age of the toilet trader. The new sewers meant that everyone could flush away their shame and smell. Business boomed.

Crapper set up his own company, Thomas Crapper & Co., and designed his own line of thrones. He invented the ballcock system for refilling, which stopped water being wasted, and added extra devices to stop anything unpleasant flowing back into the bowl after the flush. His were very superior lavatories, the pinnacle of plumbing.

Crapper lavatories were chosen for the residence of the Prince of Wales and for the plumbing of Westminster Abbey, where Crapper’s name can be seen to this day on the manhole covers. The brand name Crapper was everywhere, but crap had been around for a long time before.

All the dictionaries claim that crap first appeared in the 1840s, but, in fact, the word can be traced back to 1801 and a poem by a fellow called J. Churchill. Churchill’s poem tells a story (which it claims is based on fact) about a subaltern in the army who feels the call of nature. He runs to the out- house only to find that a major is already there, and as the major outranks him, he’s forced to wait. The subaltern feels himself beginning to give way and his misery is compounded when a captain turns up and pulls rank:

Just adding (for some only mind number ONE)

The Sub, who was, now, a most terrible plight, in;

And, not quite aware of priority S---ING,

Squeez’d awhile; “Well!” says he, “then, the best friends

Crap! Crap! ’twas a moist one! a right

That beautiful poem was written thirty-five years before Thomas Crapper was born, and half a century before he started plumbing. So crap is certainly not named after Crap- per. Perhaps it was a case of nominative determinism. If you’re unfortunate enough to be called Crapper, what are you going to do except work with it?

However, if Crapper didn’t cause crap, he associated himself with it closely. All of his lavatories had Thomas Crapper & Co. written on them in florid writing and these lavatories were installed all over Britain. But in America, nobody had ever heard of either Crapper the man, or crap the word.

There isn’t an American reference to crap all through the nineteenth century. In fact, there’s nothing before the First World War. Then, in 1917, America declared war on Ger- many and sent 2.8 million men across the Atlantic, where they would have been exposed to the ubiquitous Thomas Crapper & Co. on every second lavatory.

It’s only after the First World War that crap, crapper, crapping around and crapping about appear in the United States. So it would seem that though the English word crap doesn’t come from the man, the American one does. Crapper didn’t invent it, but he spread the word.

PHOTO GALLERY
7 Things To Say About Books You Haven&#039;t Read

Word Meaning: The Etymology Of 'Crap'
7 Things To Say About Books You Haven&#039;t Read 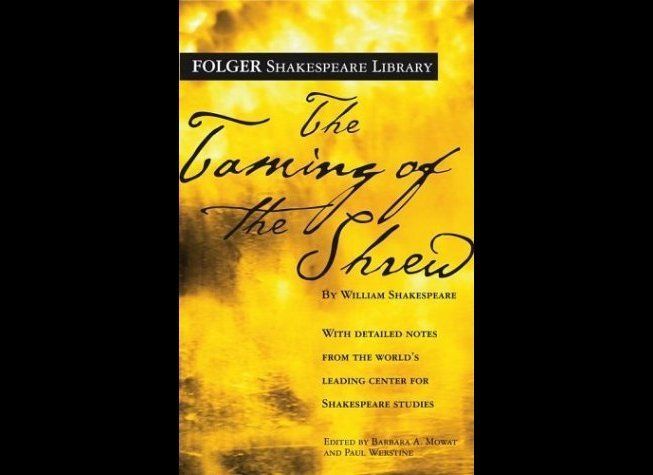 1 / 7
"The Taming of the Shrew" by WIlliam Shakespeare
<strong>Key themes:</strong> Shrews (ie. difficult women), and taming them. Also, education, clothing, and puppy love. <strong>Dinner party explanation:</strong> While the language hints at Shakespeare's brilliance, the characters are limp and problematic - does Kate actually wish to be tamed, or are Petruchio's tactics embarrassing and sexist? <strong>What REALLY happens:</strong> Kate is a huge headache, but magically transforms into a pleasant, obedient bride after meeting a rowdy guy who starves her and wears weird costumes.