Prude and prejudice? You'd better believe it. Seemingly everyone has it in for her... the prude that is. Ambrose Bierce defined her in his Devil's Dictionary as "a bawd hiding behind her demeanor."

Kate Millett, the noted feminist, took issue with the label, asking, "Aren't women prudes if they don't and prostitutes if they do?" It's the same dilemma faced by Allison in the film, Breakfast Club who noted, "Well, if you say you haven't you're a prude. If you say you have, you're a slut! It's a trap. You want to but you can't, but when you do, you wish you didn't, right?"

Can women take pride in being a prude? Stay tuned... We aim to both educate and entertain, from a series of educational comics by Larry Paros. 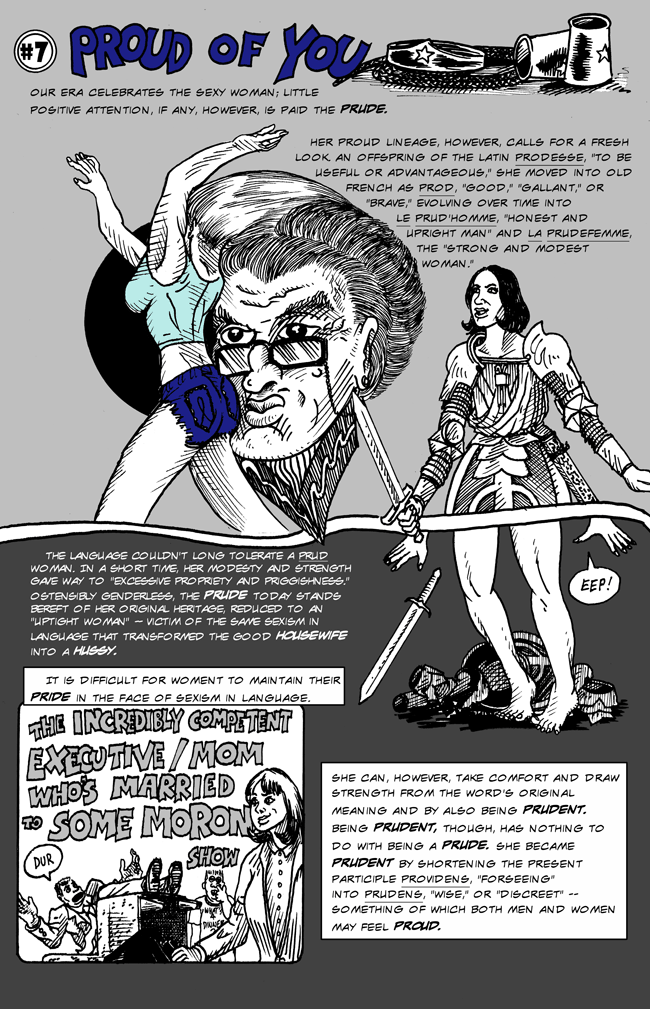 Books English As A Second Language