It's time to once more celebrate dear old Dad. He's come a long way, from his humble beginnings in baby talk as da-da to the heights he achieved as "Big Daddy," "an influential guy," a "big shot," in the mid 1950's, only to fall from grace as a "Sugar Daddy,"(c.1926), "sugar" being the money he lavished upon the certain sweet young thing he had on the side.

"That's not your Pop," you say, in which case you'd be correct. "Pop" is primarily an American word, shortened from "papa," which originated in France of the 17th century from the Latin papa or papa, from the Greek, pappas, "father" or pappos, "grandfather," a word first employed in courtly speech and not used by common folk until late the next century.

For more of the down and dirty on your "old man," just read on... 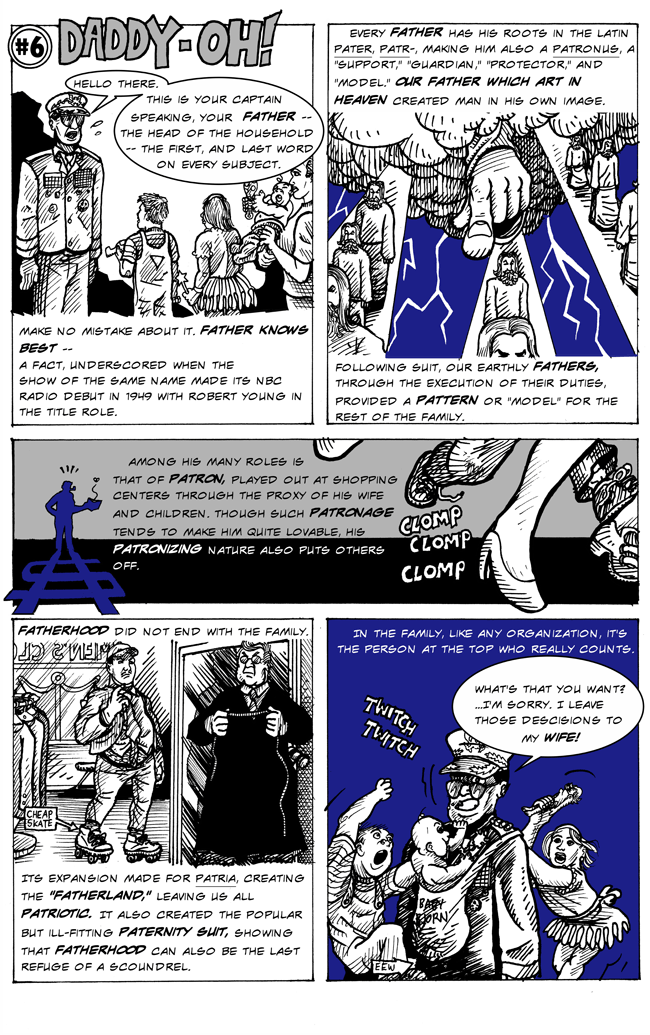