Words of Wisdom is a series of posts made up of quotes that challenge thought or inspire. 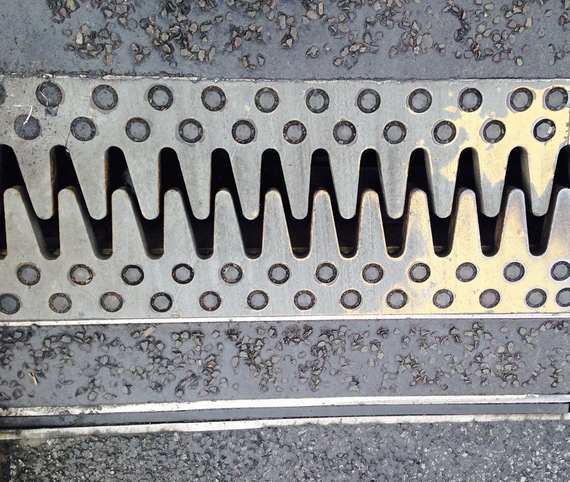 Feminism has become a dirty word. For many, it can alienate. For some it conjures up images of people demanding opportunities that they do not deserve. It's a complicated topic with which this generation of women struggle. Knowing they are capable, the suggestion that special treatment is required, mocks the very concept that women are trying to overcome. Judge each person on their ability. Pay each person their worth. It's a given. Young men and women don't question the ideal. Yet, if we were living the ideal, women would be equally represented in power positions, and although some are, most are not. There are many reasons for the disparity in gender and minority representation in upper management across industries in America. Here are five women's words.

Feminism is a dirty word to millenniums, but feminism is refusing to be boxed-in and limited.

There seems to be a bit of a resurgence of feminism these days. Women of this new generation realize that we're not done yet, and maybe things aren't all well. We all don't get paid the same. I think that women are waking up again, and realizing that all of that work that we did was amazing, and we came a long way, and there have been great strides, but maybe we're not done yet.

The best thing about being a woman today are the choices that you have. This concept of having it all, it still lingers, but it's definitely changed and loosened up a little bit. I think we got bit by the concept of having it all, in the sense that it meant that you had to go and have it all. What if you didn't want to? Now, I think you don't have to. I think that you can get married, you can not get married. You can have kids, you can not have kids. You can focus only on your job, you can not have a job. I'm excited about that. I have the opportunity to do what I love and be respected for it. I can make choices in my life; I can also not make those choices. The pressure is a hell of a lot less than it was even in the 80s. I appreciate that.

Diversity should be a part of what we see because that's what the real world is made of. It comprises everything. Diversity will help a child coming up to see that they have a voice and that their voice is important, and it's hers or his. Hollywood has a long way to go but I certainly don't think it's the Hollywood of 1930 (Laughing). Definitely not the Hollywood of 1930.

For me it's been amazing. I have found all the roles that Ineeded and more. But there is a shortage of material that is especially done for Latin people. I feel so proud of the writer's of Modern Family, because they have in their live's, character's like Julie Bowen's, Claire, or like all the other women in shows. But none of them have had a girlfriend that is a Latin woman, or a mother that is a Latin woman, so they have had to learn a lot about me from being with me. So now, they don't ask me anything because they have learned. But in the beginning they did have to investigate more, and they would ask me everything. There is a lack of material for Latin people.

When you write something, it is not easy to get it made into a movie or a television show. There are so many people who are trying to do this. And I think that the Latin writers can't just sit and wait for it to happen. They need to support their families so they write for who they know is going to buy the material because they can't wait for somebody to come and make their movies. I think it's a matter of having a little bit more people pushing in Hollywood to get their things done. And if we had more people like Reese (Witherspoon), that were willing to write a character for a Latin woman, that would be great.

I've had a lot of luck and I've been able to do and get a lot of things that I wanted, and more out of this country. I am super thankful. As an immigrant you do have to accept that you are not in your country and yet they are opening their arms. You have to respect that. But when you are any minority, you are going to feel it, no matter what. It is what it is. It's a reality. But I think you shouldn't just sit down and dwell on it and think that because I'm a minority I don't even try that, or go there. I think that if you work hard and make the biggest effort that you can, you are always gonna, hopefully, achieve the things that you want.

There's a lot of conversation happening on many different levels about how we want to see people represented on screen, and what we need to change as a business to reflect culture and society in a clearer way and not an idealized way. The need to expand opportunities across the board - the stories that are going up on screen and that are getting financed. There's some flaws in the system and in many ways without getting too specific, (laughs) I am being relatively general, I think my eyes have been opened in many ways this year.

You talk to any female actor, or female maybe in any business in general, and I mean yeah, that's not a surprise, there are less parts and there are less well rounded, complicated, interesting, broad-spectrum-of-the-emotional-palate roles to be had, and that's certainly true. So yeah, it's tougher for sure, but I mean I don't know what it's like to be a male actor. I have seen successful male actors and the parts that they get offered, and it's just like, 'My God, you are turning down another amazing life story because you just (don't) have time preparing for your other incredible life story of another man that did incredible things.

It is important for us as women to be asking for equal pay because we do not get equal pay at this point.

Do you think the points made here are valid? What are your thoughts on where society is going with equality today?