NEW YORK -- The number of workplace-related deaths and injuries decreased slightly in 2009 according to the nation's largest labor union, but that's not because of any significant changes in safety regulations. Instead, the loss of jobs due to the recession has simply kept many employees away from the most harmful workplaces.

"You can't suffer workplace mortality if you're not working," said Bill Kojola, an industrial hygienist at AFL-CIO and one of the authors of the report. Many of the most deadly industries -- construction, manufacturing, transportation and warehousing -- were among the most decimated in the past several years. According to the Bureau of Labor Statistics, economic factors played a major role in the decline of workplace deaths.

(Scroll down for slideshow of most dangerous industries.)

In 2009, 4,340 workers were killed on the job, a decrease of 874 deaths from the 2008 figure. And occupational diseases caused by exposure to toxic substances are responsible for an estimated 50,000 deaths each year, according to the report. The data, compiled from the BLS and published annually by the AFL-CIO, is preliminary, and the total number of deaths is expected to increase slightly when more complete data is released later in the spring. The report estimates the true number of workplace related injuries -- reported and unreported -- to fall between 8 and 12 million per year.

Since the Occupational Safety and Health Act was passed in 1970, workplace safety and health conditions have steadily improved -- the year the act was signed, 13,800 workers were killed on the job. But, the report reads, "too many workers remain at serious risk of injury, illness or death." For this, the report lays heavy blame on the Bush administration for "eight years of neglect and inaction" that "seriously eroded safety and health protections."

"The Obama administration," the introduction to the report reads, "has returned OSHA and the Mine Safety and Health Administration (MSHA) to their mission to protect workers’ safety and health."

But some experts say the AFL-CIO's assessment may be too generous to the current administration.

"We are still waiting for the Obama administration to propose a substantive health or safety standard," said Celeste Monforton, an assistant research professor at George Washington University’s School of Public Health and Health Services who was previously employed as a policy analyst at OSHA. "So the facts don't really support what the AFL-CIO is saying. I think  [Obama and the Occupational Safety and Health Administration] have good intentions, but it can't just be an intention. It has to be an action."

The Obama administration has taken certain small steps to increase workplace health and safety, such as increasing funding for OSHA and hiring additional inspectors. Still, the report cautions, at its current staffing and inspection levels, it would take federal OSHA 129 years to inspect each workplace in its jurisdiction just once.

When David Michaels became head of OSHA in December 2009, he asked Congress to allow the agency to impose much larger fines and criminal penalties on violators of OSHA law. But the penalties remain low -- according to the report, the average penalty for a serious violation of the law in  2010 was $1,052 -- and in OSHA's entire history, only 84 cases have been criminally prosecuted. Meanwhile, in 2010, the report points out, "there were 346 criminal enforcement cases initiated under federal environmental laws and 289 defendants charged, resulting in 72 years of jail time and $41 million in penalties -- more cases, fines and jail time in one year than during OSHA’s entire history."

"[The AFL-CIO] seems to be giving the Obama administration the benefit of the doubt. It may be past time to be doing that," said Thomas O. McGarity, law professor at the University of Texas At Austin, former president of the Center for Progressive Reform and author of "Workers at Risk." At a certain point, McGarity said, it comes down to "the extent to which the Obama administration has the spine to say, no, we really mean it."

McGarity points to criminal penalties for violations of OSHA law. "Look, OSHA can't do anything on its own. In the entire history of OSHA there have been less than a hundred prosecutions, and that just shows that white-collar crimes pay. The penalties are so small, when you discount the penalty by the probability of detection, the fact of the matter is that you can write it into the cost of doing business. That's been the case since the get-go."

Among four of the major worker-safety rules pushed by OSHA in the past several years -- relating to combustible dust, crane safety, offshore oil rigs, and musculoskeletal injuries, respectively -- only crane safety, after nearly eight years of deliberations, has passed.

"With the election of a Republican majority in the U.S. House of Representatives in 2010, the regulatory environment has become much more hostile," the report reads. But there is a feeling of bitterness among many experts that the first two years of the Obama administration were not used as well as they could be to further the interests of worker safety.

"We lost eight years of making progress," Monforton said. "Not only do we have to fix what the Bush administration did, but we have to leapfrog further, and act quickly on those things. The people that are at OSHA and MNSHA right now have been in the safety and health field for a long time. They knew they'd have a very discreet amount of time to get things done. So from my perspective, there was an expectation that not only would they be able to turn things around from the Bush administration, but actually and quickly make progress on new rules."

Worker Deaths Decline Due To Recession, Not New Safety Regulations
10 Most Fatal Industries 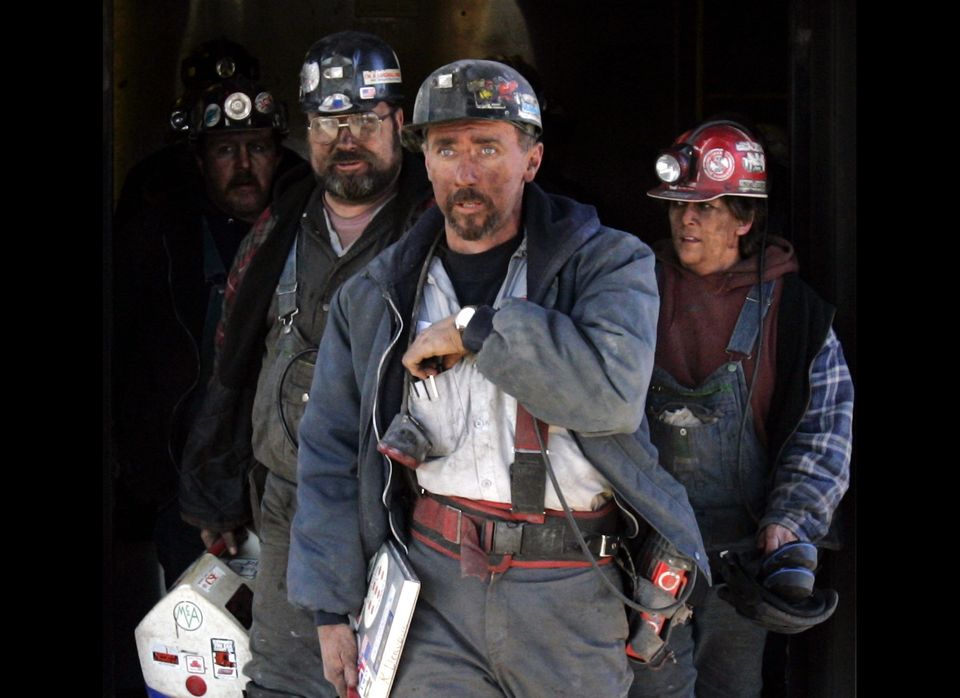