It's no secret that Americans are working longer and harder than ever. Now, a new poll shows more of us are forgoing the lunch hour and opting instead for a quick bite huddled over our keyboards.

A recent survey of workers found that 62 percent of those with desk jobs typically ate lunch at their desks. The most common reason given was to save time and money, according to the 2011 study by the Academy of Nutrition and Dietetics and ConAgra Foods, which focused on food safety.

And all that time adds up. A similar study in Britain found that workers who forgo a standard 60-minute lunch break by eating at their desks will work an extra 128 hours a year, or an additional 16 workdays.

In the U.S. there is no federal law requiring companies to provide lunch breaks, but 22 states have meal-break laws, USA Today notes.

Beyond saving money, Americans are keen on keeping their jobs and being more productive, Cynthia Fukami, a management professor at the University of Denver told the Denver Post.

But, she warns, "It may look like you're getting more done, but eventually workers burn out, so breaks are good."

Of course, lunch breaks aren't the only workplace tradition falling by the wayside. Americans' prized vacations also aren't immune to their desire to keep up on work.

Results from a poll of more than 1,300 adults due out next week show that 52 percent of workers expect to work during their summer vacations, up 6 percentage points from a similar survey taken a year ago.

Regardless of whether they work full- or part-time, or are self employed, respondents to the 2012 poll, conducted by Harris Interactive for virtual-meetings software-maker TeamViewer, said that they expect to perform a variety of tasks while on vacation.

Among the duties that workers anticipated doing while vacationing this summer are:

Read more on AOL Jobs:
20 Best Jobs If You're Over 50
$100,000-A-Year Jobs That Don't Require A College Degree
10 Things Employers Discriminate Against -- But Don't Tell You 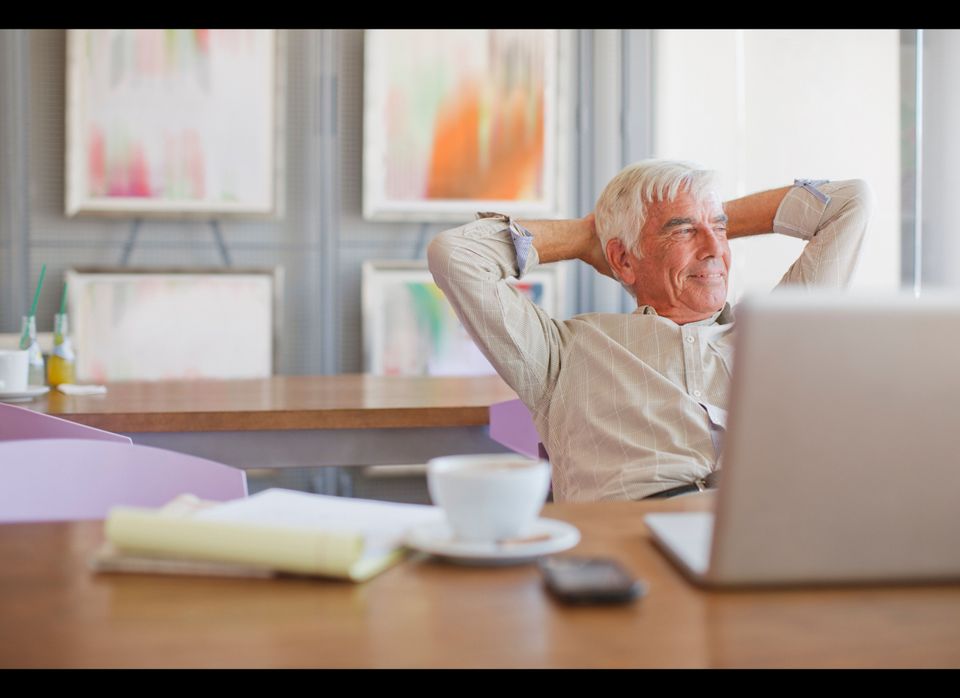 1 / 7
They're Not Ready To Retire
More than one-third of 60-somethings say they don't plan to stop working, versus 25 percent of 50-somethings. In fact, nearly twice as many workers in their 60s as 50s say they just don't want to retire (32 percent vs. 19 percent). Why? It may be flexibility: The study shows that people in their 60s are more likely to be working part-time and enjoying the flexibility of doing so. They are also more likely to enjoy the people they work with and to say they'd feel bored if they weren't working.
Alamy