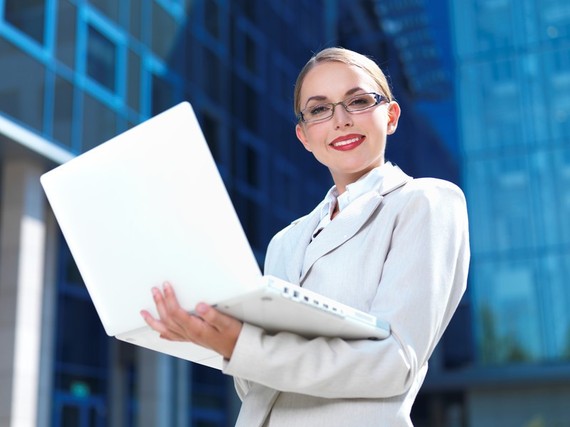 When real estate is booming, new agents get their licenses in record numbers. When a bust like the one that began in 2006 comes along, hundreds of thousands of those agents quit and go back to other jobs. The lure is large commissions, perceived relatively easy money if you're a pretty good "sales person." However, it's really not that easy of a business, and a great many of the hours worked are worked for free.

The average agent will only actually reach the closing table and a commission with a small percentage of the prospects they talk to and work with in a given year. The government recently reported that the median annual income for a real estate agent is $38,588. Median means that half of agents make less than that amount, and half make more. Actually the old 80/20 rule applies pretty closely. Around 20 percent of agents make about 80 percent of the income.

So, how much work goes into that income production? Of course that varies, but it includes continuing education classes, marketing, networking, showing houses, interviews with potential buyers and sellers and brokerage meetings. Let's be conservative and say that the average agent works around 30 hours per week. With a two week vacation, that's 1,500 hours per year. Dividing those hours into income, that's around $25.73 per hour.

This isn't great for them, and the high commissions aren't that great for the average buyer and seller. Even though the seller usually pays the commission, currently averaging around 5.1 percent, they certainly factor it into the price. It would seem that the system is structured to force a small portion of the active prospects who actually get to the table to pay for massive hours of free work done by agents. There is however an option that's becoming more popular.

First, you'll have to check if this is legal in your state and how it is structured. However, generally the real estate consultant works for a flat rate considerably less than a commission. More often, they track their hours worked and get paid by the hour. They usually don't get paid until closing, but the buyer who works with this consultant agent will pay for the hours actually worked in showing them homes and handling the transaction through closing.

There is a growing group of these consultant agents, and sources such as the International Association of Real Estate Consultants tell us that the average member charges between $75 and $150 per hour for their services. From experience, most agents work less than 40 hours total on a transaction, many times between 20 and 30 hours. Where it is legal, the buyer agent simply keeps track of what they're owed and rebates the remainder of the commission to their buyer client after closing.

An example $400,000 home deal, with a 50/50 commission split of a 5 percent commission would result in commission on the buyer side of $10,000. If the consultant agent is also the broker and gets the entire amount, they would be rebating around $7,750 to their buyer if they worked 30 hours at $75/hour. It's obvious that the buyer would be happy to get this cash infusion, and the agent would be compensated for their time. Of course, only serious buyers will enter into this arrangement, as if they don't buy and close, they still owe the consultant their fee.

This also works on the selling side. The consultant agent can charge a flat fee or hourly rate for all of the work to photograph, list and market the home. The seller will only owe what's due under the arrangement, not a large commission percentage.

If you're experienced in buying and selling homes, you'll need less hand-holding than the average consumer. This can result in significant savings in the transaction. Think about it for your next deal.