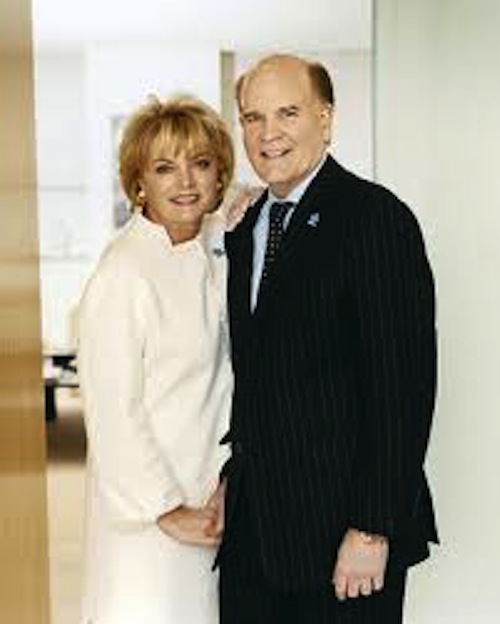 You will have many, many chances to make contributions of time or money to different worthy causes. In some special cases, you, too, will have to ask the question, "If not me, then who?"

Bob and Suzanne Wright have had their lives transformed in ways that most of us cannot imagine. A decade ago, Bob Wright was vice chairman of General Electric, CEO of NBC/Universal and considered one of the most successful media executives of his time. Yet at the pinnacle of his corporate success his life began to change.

In 2004, Bob and Suzanne Wright were concerned grandparents helping their daughter with their grandson, who had an undiagnosed affliction. By 2005 their family was privately struggling to deal with the specter of autism, something about which they had almost no knowledge. By 2006, the Wrights had brought together autism organizations from around the country into their newly founded Autism Speaks and had plunged into a national awareness campaign. And by 2007, Suzanne had addressed the United Nations and Bob had testified before Congress on the need for research into this developmental disorder. It was a path taken with almost frightening speed and yet the Wrights say that they are never moving fast enough.

The couple have become world leaders in advocating for autism. They have created a rallying cry for research, care, treatment and national and global focus. In changing their lives the Wrights have forever changed the lives of millions of others. 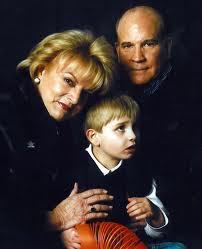 When families are in crisis they often turn inward, pulling together in search of a solution for whatever pains them. For Suzanne and Bob Wright, this is exactly what happened when they found out that their daughter's son, their grandson Christian, had autism. Christian was the first child born to their daughter Katie late in the summer of 2001. A healthy thriving six and a half pound baby boy, he was born at Columbia-Presbyterian Hospital in New York City, where Bob Wright was a long time trustee.

Christian appeared to develop typically, vocalizing, interacting and showing the affectionate behavior of a toddler. Then, approaching his second birthday, things began to change. Christian's behavior altered, at first subtly and then in a more dramatic and obvious fashion. He grew silent and withdrawn as he stared into space and took little notice of those around him. He began to scream and hurl himself onto the ground, and soon became obsessed with drinking baby bottles of milk, up to a dozen in a day. Katie Wright describes her son as entering a "very swift cognitive downward spiral," where he went from speaking hundreds of words to just a few, where there had once been smiles and chatter for grandma, there was now silence. Suzanne Wright calls autism a "kidnapping" -- the process by which a young child is taken from his family.

Katie and Suzanne were concerned and took Christian to the pediatrician, but they were told not to worry. The doctor suggested that since there was a new baby in the house, and the family had recently moved homes, the emotional turmoil might have unsettled the young boy. Give him a bit of time, they were advised. To Suzanne, who had raised three kids and moved often as Bob moved up the ranks at General Electric, the advice did not ring true. Katie Wright, in hindsight, has said that she regrets taking this advice, that she knew something was wrong and should not have let someone who knew so little about her child put her off.

The Wrights were horrified by the haphazard approach that parents are forced to use to find what works for their kids. Time was slipping by -- and if there is a single thing that autism experts agree upon it is that early intensive interventions, with behavioral, play, social, occupational and speech therapies as many as five times a week, is the most effective protocol.

Bob and Suzanne began to travel the country in search of therapies and physicians that might help Christian. They are the first to acknowledge that this luxury was theirs because of Bob's financial success. Although they had money and connections, the process was still harrowing, uncertain, painful and unclear. All they could ask themselves is how do people do this? This was a near impossible journey for a family with every advantage. How do millions of others make the journey?

The Wrights moved from grieving grandparents, doing everything they could to help their family, to national activists in a matter of months. As Bob points out, many parents dealing with autism are either exhausted or broke or both. As grandparents they were neither.

Bob and Suzanne had been very quiet about their family during his years as a highly visible executive and they chose to draw a strict line between their private and business lives. Autism put them over the edge.

The Wrights are a study in contrasts. As they talk about autism, Bob focuses on legal challenges that will improve educational opportunities for kids with autism, the basic research that is needed (Autism Speaks has already committed approximately $200 million to research), the importance of early diagnosis and treatment and the magnitude of the fundraising challenges. Suzanne talks about the pain families suffer and the injustice of how autism has, until recently, been largely ignored. But both focus squarely on visibility for autism. Without a national profile there is no money. Without money there is no research and we remain in the dark. 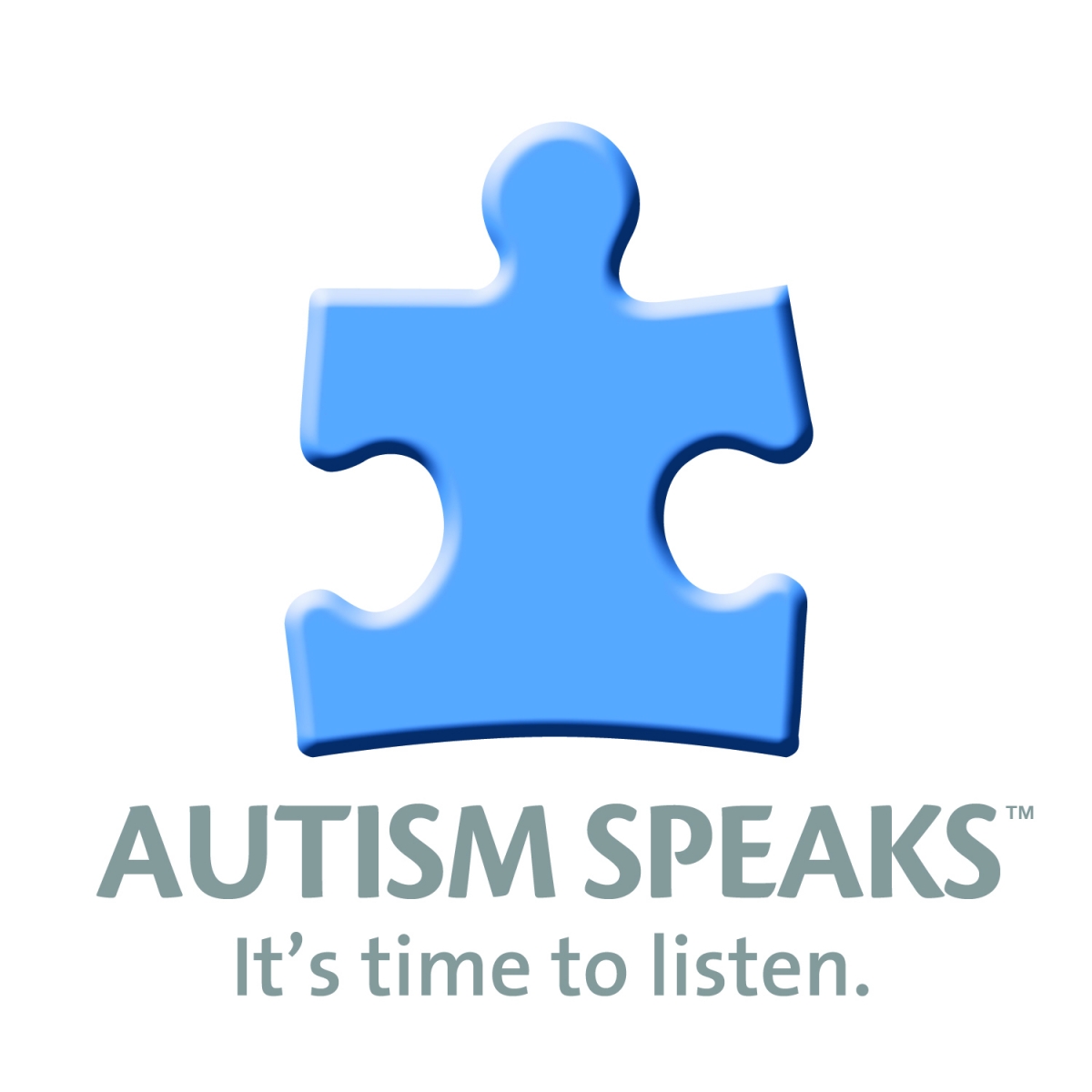 I had the opportunity to interview the Wrights and ask:
What was the genesis of Autism Speaks? A lot of families have health care problems or other issues within their families and they turn inward, as family members try to help each other. It is a natural response. Your family had a crisis, and yet you turned outward looking to help others.

Suzanne: We turned inward as a family until we got through our grieving period, and then I was so horrified to see other families with this terrible situation that we had to act. In this country, one in 88 kids is afflicted with autism and it is one in 54 boys. I could not understand why the country wasn't screaming. How could that be?

As a mother and a grandmother, I was so shocked and I still am shocked that this could be going on and no one was paying attention.

The transition from the private sector to the non-profit sector is a big one. It looks like it's almost a new business for you, like you left one industry and almost created another.

Bob: I consciously tried to do it that way. You can be in a not-for-profit situation, and use all your business skills and I have found that in my entire business career with the United Way, I used every one of my business skills. I have tried to bring board members and supporters to Autism Speaks who want to do the same thing.

From my own fundraising experiences in the past I know you need awareness to raise money. And you need money to do research. You need research objectives to connect to the politicians, and to connect to governmental agencies and hospitals and insurance. These things all go downstream. It's a waterfall.

How does this work, co-founding a national organization together?

Suzanne: I think we've always been so focused as a team. When autism happened to our family and it was such a tragedy that we just took that focus and put it into Autism Speaks. We've always been partners in everything we've done. He's always treated me as an equal partner, so when we decided to do this, it was just an extension of what we've always done as husband and wife. We just took it on like we've taken on so many other different jobs Bob's had or moving or raising a family. It's just something that came to us pretty naturally. When we decided to do it we never looked back, we only looked forward and said, "This is what we really are committed to do."

When speaking with the Wrights no one can miss their urgency, as Bob testified before Congress, "There is no getting around the facts: autism has become an epidemic. Behind the numbers are real families who struggle every day, families who cut back or stop working altogether to care for their children or who experience bankruptcy or severe financial problems. And there are American taxpayers who must confront the $137 billion per year cost of autism. The status quo isn't working. It is time we commit to a comprehensive national strategy for autism."