Like the Ghost of Christmas Future, the World Bank has just provided us with a frightening glimpse into our world-to-be if, unlike Scrooge, we fail to change our ways.

The year is 2100. Governments have failed to heed the increasingly urgent warnings 100 years back to drastically reduce CO2 emissions and global temperatures have risen to over 4° C. And this is what the world has come to look like: Many coastal cities are inundated with sea water. Devastating, killer super-heat waves occur every summer in many regions of the world. Growing numbers of people are malnourished as fisheries collapse and agriculture in tropical and other regions suffers under prolonged droughts, extreme heat stress, torrential rain and the incursion of salt water in coastal aquifers. Freshwater is increasingly scarce in important regions, record numbers of people are getting ill from life-threatening vector-borne diseases such as malaria and dengue, forests are disappearing taking wildlife along with them, and entire islands have been evacuated. Coral reefs? Arctic ice? All long gone, and unless you are well over fifty in 2100 you won't even remember them. 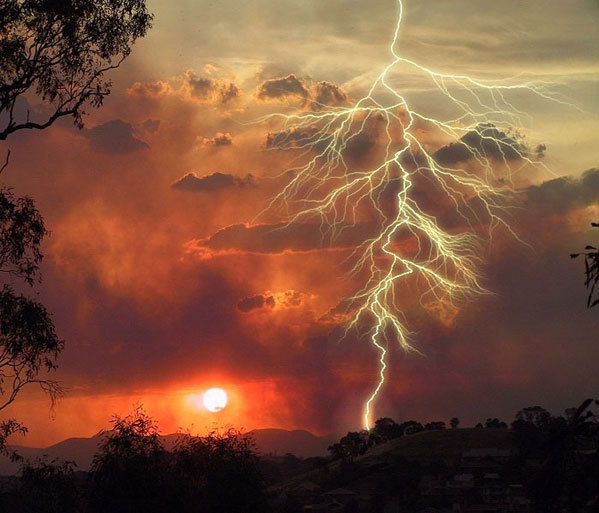 The report Turn Down the Heat: Why a 4°C Warmer World Must be Avoided doesn't put it in quite such descriptive terms -- it is a scientific analysis prepared by the Potsdam Institute for Climate Impact Research and Climate Analytics. But make no mistake, it packs quite a punch, all the more so given who commissioned it. As World Bank President Dr. Jim Yong Kim says in his foreword:

It is my hope that this report shocks us into action. Even for those of us already committed to fighting climate change, I hope it causes us to work with much more urgency. This report spells out what the world would be like if it warmed by 4 degrees Celsius, which is what scientists are nearly unanimously predicting by the end of the century, without serious policy changes.

The report was published on the heels of the most recent World Energy Outlook of the International Energy Agency. Drawing on the latest energy data and policy developments (which read like a warning from the Ghost of Christmas Past), it concludes that:

So two of the most unlikely messengers imaginable have both concluded in the space of a week that business as usual is no longer an option. The IEA warns that two thirds of the coal, oil and gas we already plan to develop most likely will need to stay in the ground (not to mention the stuff that might be hiding in the seabed under the melting Arctic ice or other frontier areas). And the World Bank's Dr. Kim is definitely preaching to the unconverted, for example by raising concerns about climate change with G20 finance ministers.

Like Scrooge, we've been warned, and we too still have time to change our ways. As noted in Turn Down the Heat, "numerous studies show that there are technically and economically feasible emissions pathways to hold warming likely below 2°C."

There are many policy options governments can and should pursue to deal with the problem: phasing out fossil fuel subsidies while massively increasing support for energy efficiency and renewables; putting a high price on carbon and letting the polluters pay; creating incentives and opportunities for people to get out of their cars and on to mass transit; prohibiting new coal-fired power stations; and withdrawing licenses to explore for and exploit new sources of fossil fuels to name just a few.

But let's be honest. It's going to take a gargantuan effort given that so much is invested in the status quo. We need genuine leadership on the part of a critical mass of world leaders, and it's up to all of us to demand it of them. If we don't, our children and grandchildren will never forgive the generation that was given a terrifying peek into their future, yet didn't try hard enough to prevent it from coming to pass.