The World Bank's proposal to end coal financing reflects 21st century realities - severe public health and climate change impacts associated with coal are no longer justifiable in a century chalk full of cheap and abundant clean energy alternatives. More importantly, coal and the centralized system it powers will not end energy poverty - only a decentralized clean energy 'grid' will get the job done. As other international public finance institutions (IFIs) step forward to end coal finance the real question is whether the World Bank will lead, follow, or get out of the way as this inevitable transition occurs.

The question of whether the World Bank leads is an important one. Historically the institution has helped set important policies and standards across the IFIs. Undoubtedly a move beyond coal would be one of the most historic. However, despite an attempt over the past several years to remake itself into a 'climate friendly' institution it has continued to support new coal plants like the one in Kosovo. Now despite a proposed coal ban World Bank president Dr. Kim's leadership may still be in jeopardy as other IFI's move further and faster.

Just days after the World Bank's proposal to end coal finance leaked the European Investment Bank (EIB) upped the ante by announcing a stronger proposed ban on coal plant investment by setting a carbon intensity bar of 550 grams/kWh (at that level the only fossil fuel plants the institution can support are natural gas). But even this standard may be strengthened as the EU is pressured to ratchet that down to 350 grams/kWh to reflect best in class gas plants. Not to be left out the European Bank for Reconstruction and Development (EBRD) plans to unveil a new energy policy later this month that will also set curbs on coal finance. So while it's clear that international public policy towards coal is undergoing a dramatic transition it's unclear whether the World Bank is leading the way. 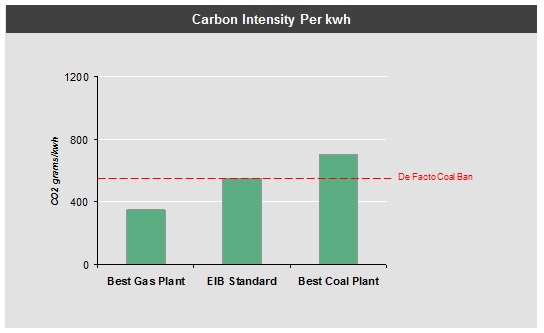 And who claims leadership for this coal to clean energy transition brewing at these IFIs, is a big one. They are three of the top ten sources of international public finance for the coal industry globally accounting for over $8.6 Billion over the past five years. With dozens of other IFIs around the world looking to these policies as the new standard the mantle of policy leadership, and support from donor governments, is at stake.

So why after decades of support would the IFIs jostle to be the first to move beyond coal? Because energy markets are changing dramatically and they don't want to be left behind. Take the International Energy Agency (IEA)'s five year forecast for renewable energy growth that was released at nearly the same time. It projects renewables will grow to 25% of global electricity production over the next five years surging past natural gas and nuclear production (As Jigar Shah puts it - it's time to burn the bridge). The best part is that this growth is occurring at a compounding rate - renewables have doubled their share of global production every five years. Add to that the fact that the vast majority of future development will occur in developing economies - with 40% of that growth occurring in China alone - and it's clear that renewables are the future. 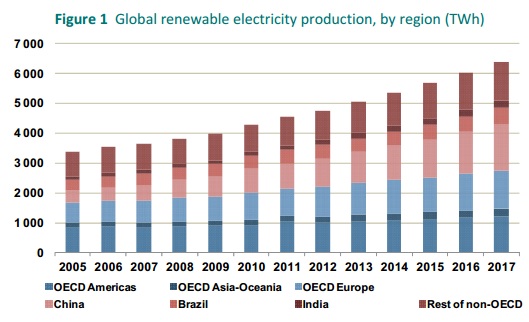 While clean energy growth alone would justify the transition beyond coal the truth is it also fails the other central mission of developmentally minded institutions - it won't end energy poverty. A report released in 2011 by the IEA outlined how the world could achieve universal energy access. Its findings? 70% of rural areas world wide - where the vast majority of the 1.3 billion un-electrified live - need decentralized clean energy not coal. It also found that 64% of total additional investment needed to achieve this goal must flow to decentralized clean energy. So whether it's the centralized grids of the 20th century or the decentralized grids of the 21st century the future is renewable.

All of which makes the World Bank's decision on July 19th a big one. Commenting on recent moves by leading phone companies in the US to do away with landlines Harold Feld, senior vice president of Public Knowledge, said, "The real question is not: Are we going to keep copper forever? The real question is: How are we going to handle this transition?" Replace copper with coal, and land lines with grids and you have the choice before the IFIs.

No one, looking back, wishes they had hitched their wagon to whale oil, the horse and buggy, or land line telephones. It's the nature of progress that these technologies, once useful and transformative, are supplanted by even more useful and transformative technology. The IFIs are finally recognizing that the coal to clean energy transition is inevitable and they want to be a part of it. But whether Dr. Kim and the World Bank lead IFIs in this transition is not as inevitable as the transition itself. Dr. Kim now faces a clear choice and test of his climate leadership: move with, or against history. Because ultimately how the institution handles coal finance will cement his legacy and the future of the institution.